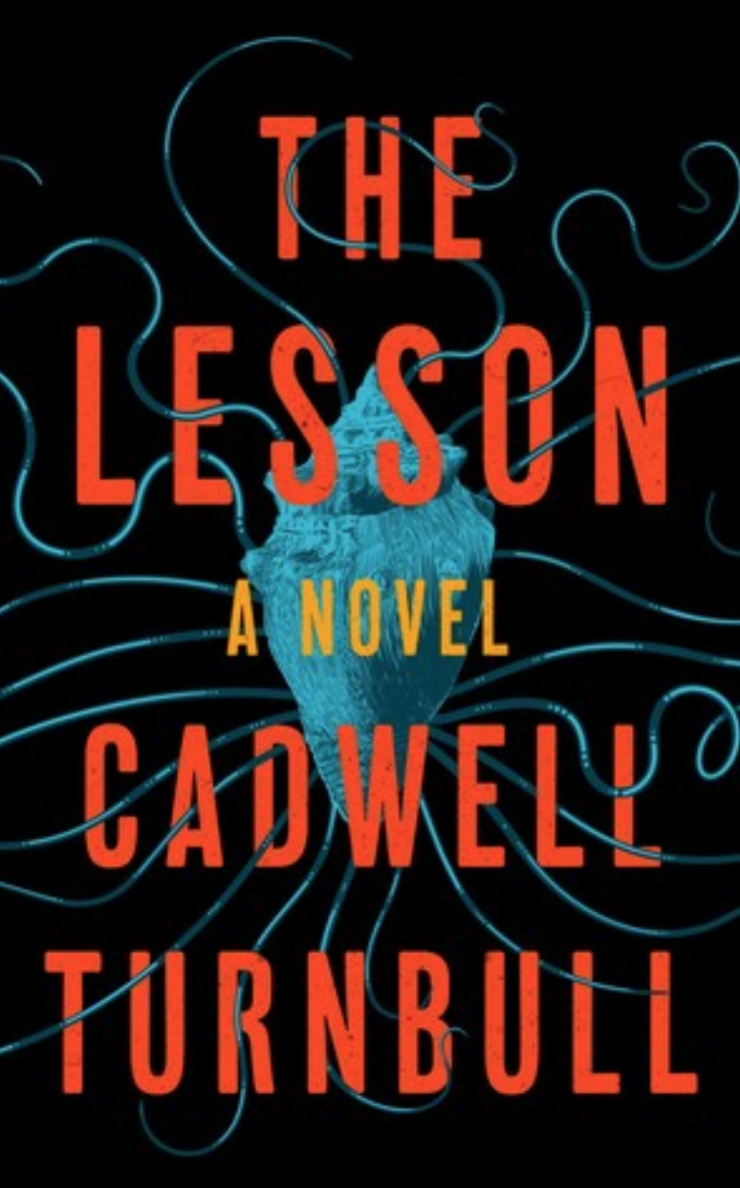 The Lesson by Cadwell Turnbull

The Ynaa, an advanced alien species, hovers above the US Virgin Islands for an indeterminate amount of time and for undisclosed reasons. Five years pass, and they’re integrated with the people. Tensions, fear, and uncertainty result despite the advancements in technology.

The premise of The Lesson by Caldwell Turnbull reminds me of the premise for the movie District 9. There aren’t very many contemporary science fiction stories that deal with more academic literary themes.

Aliens make perfect characters for stories dealing with themes like colonialism since the use of countries may be a turn off for readers who want an escape and don’t want to be reminded of humanity’s more sordid history, taking place even today by powers elsewhere in the world.

An alien species that calls itself the Ynaa shows up over the U.S. Virgin Islands to stay for an indeterminate amount of time and for an undisclosed reason. As the years pass, the aliens integrate with the residents, and there is a lot of tension and uncertainty because of cultural differences.

In many ways, the Ynaa behave almost the same way European countries behaved when they first encountered the native inhabitants of the New World. The promise of technology for a place to stay sounds great on the surface, but little of the technology is discussed in the story. In fact, of the technology that is mentioned, improved solar panels doesn’t sound that great considering that scientists, given time, would by themselves arrive at those improvements. It’s almost akin to the European colonists trading baubles for more valuable resources, though what the Ynaa are doing is hidden from humanity.

Other actions taken by the Ynaa, like the killing, sometimes indiscriminate, mirror our own actions upon the native inhabitants. I suppose the knowledge of this history is what will make many readers highly suspicious of the Ynaa’s motives—readers will project their own suspicions on the Ynaa given the dearth of information provided about them and the history of colonialism.

The Ynaa perhaps represent change. Change in how humanity views its place in the universe. Change in the knowledge that humans are not the most intelligent nor the most technologically advanced species on the planet. And change in the everyday lives of the people who live on the Virgin Islands. These changes aren’t necessarily good either, despite the Ynaa’s claims. For some characters, the Ynaa represent a catalyst for change.

The story of the characters are interesting enough. Absent are father figures, save for perhaps Jackson. But their absence isn’t a consequence of the Ynaa. The families are ruled by matriarchal figures, with Derrick’s grandmother perhaps the most matriarchal figure in the story. Though the father figures are absent, men and their power and influence still control society. Whether it’s the faraway U.S. government or the politicians, the women seem to be living with the consequences of the men’s decisions. The Ynaa’s last act represents the greatest change on the islands, and this change is later reinforced Patrice’s consideration for office.

What’s interesting about the Ynaa is their motivation. Why are they here? Their stated purpose doesn’t seem legitimate considering they’re not asking for help researching Earth’s fauna and flora. And why the Virgin Islands and not some other location? The answer to these questions is perhaps the most engaging aspect of the story, and answers are revealed as the story progresses.

It’s not that the Ynaa are necessarily evil or immoral. Mera is proof of their capacity for love and compassion, emotions we associate with goodness. Mera’s experience throughout the island’s history doesn’t make her despite humans. On the contrary, it’s love that emerges as the most powerful influence, overriding even the atrocities that humans commit on themselves.

The Lesson by Cadwell Turnbull is a slow story about an alien visit that turns into a tragedy. Their visit upsets and changes forever the lives of the islanders, but their presence also represents a new kind of hope and opportunity for a more equitable future. Readers who want a more literary approach to science fiction will enjoy this book, but those looking for action, battles, and fantastic technology may want to look elsewhere.