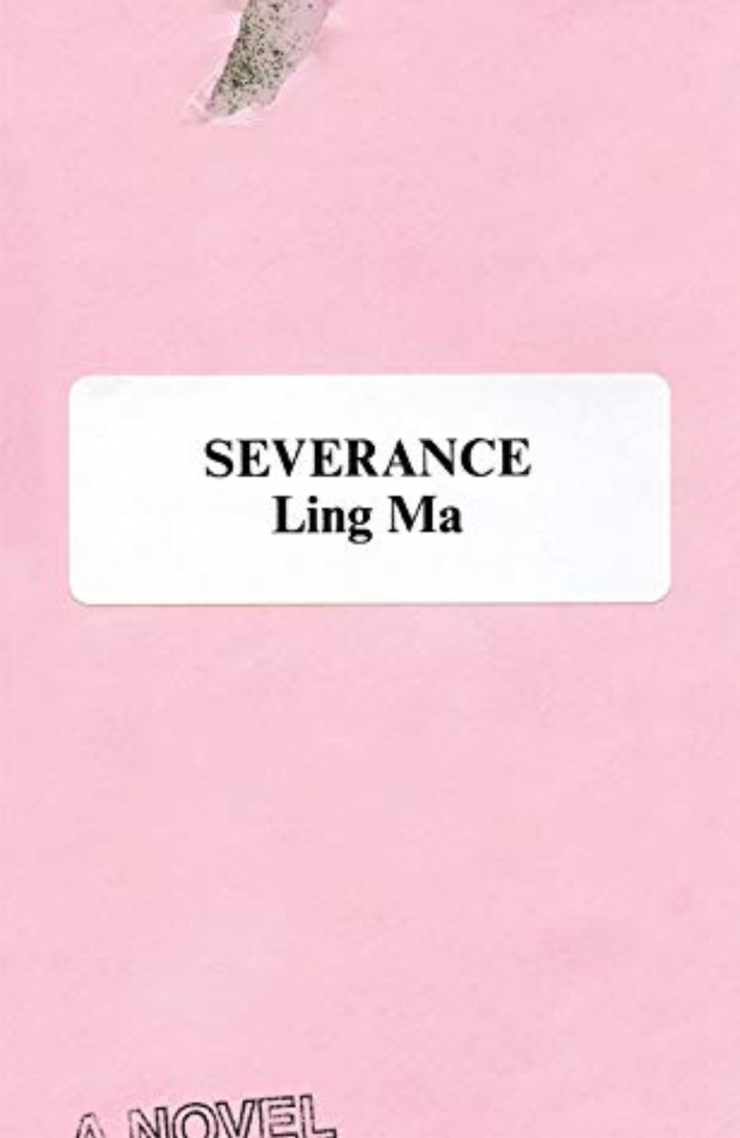 Severance gives you the perspective of a millennial woman’s experience in a post-apocalyptic world.

It’s not often that I read a book that is so captivating that I had to force myself to put it away so that I could enjoy it throughout the week instead of finishing it in one day.

But Severance by Ling Ma manages to treat the whole post-apocalyptic zombie theme well, without focusing too much on the basic needs of the survivors. Instead, readers get a story of how a first-generation child of immigrant parents has to adapt to yet another new world.

Shen Fever kills most of the population of the United States (and likely, the world). Learn about the protagonist, Candace Chen, as she struggles to reconcile her current life with memories of her previous life.

Candace’s memories of her previous life in New York as dispersed through her journey to a safe location.

The story is told through Candace Chen’s perspective. Candace’s personality can be best described as passive. She doesn’t appear to have any clear goals, and she accepts life as it comes.

If anything, she’s like an outsider, an observer into the world after Shen Fever. Even her attempts to fit in with other members of the group end in failure.

The antagonist, if one must be present, would be Bob. This enigmatic character is the foil to Candace’s character. Where Candace is areligious, Bob is a believer. Where Candace has no sense of direction, Bob has a clear goal and pushes the group toward it.

The majority of the recalls in the story take place in New York and its boroughs. Outside of Candace’s memories, the group travels along roads in their caravan of vehicles to reach their destination.

The caravan makes a few stops to stock up on supplies, and between stops, they make camp in some clearing.

What’s also refreshing is that Ma avoids pitting the survivors against one another. There’s no need to fear other survivors like the characters do in The Walking Dead. There’s a sense of camaraderie among the survivors, not fear and distrust. Consequently, we learn about Candace on her own terms, not those set by others.

A sense of melancholy pervades the entire story. But it’s not due to the post-apocalyptic theme. I think it has to do with Candace’s situation.

She moves into a new country as a child and loses all her relatives. Then she loses her parents. Her friends gradually move away from her as they grow into their own lives.

Finally, she loses the world as she knows it. All around her, people are moving on or succumbing to the fever, but she’s stuck. Still, the losses don’t seem to affect her as much as the loss of the routine she had with work.

There’s a perverse irony in Candace’s situation. When she finally has the money to buy anything she wants, she can get everything free. Even so, Candace doesn’t parade around the post-apocalyptic world dressed well.

Many reviews will mention a rejection of materialism or capitalism. We see Candace’s guilt about the workers getting sick, but she still participates by finding alternate suppliers, working conditions be damned. Still, it’s capitalism that allows the group to survive.

It’s Candace’s work with packaging gemstone accessories with Bibles to increase sales that finally makes her see the cost of capitalism. To increase sales, her clients are willing to sell salvation, packaged with a pretty trinket, for a price that ignores the well-being of workers.

Candace’s passivity or her inability to stand up for herself is ultimately her greatest flaw. And this flaw is her greatest challenge. There’s really no real antagonist in the story. Bob never forces Candace to leave the group, and she could have left at any point prior to the facility.

But her inability to stand up for herself and to “go with the flow” or go with what’s “safe” meant that she’d stay with her job even though she had no passion for it. It also meant that she’d stick to the terms of her contract even though everyone disappeared. Finally, it meant that her main motivation was to be accepted even at the cost of her own well-being.

I was rooting for Candace when the critical moment came for her to stand up for herself or resign to the fate Bob had in store for her.

One concern that comes to mind is this: Candace hypothesizes that maybe nostalgia serves as a catalyst for Shen Fever. Since Candace reveals so little about Shen Fever, we don’t quite know how it progresses or what the symptoms are. Is there an actual fever? Do people suffer from hallucinations?

Instead, we only see the consequences through Candace’s eyes: people act out a familiar routine to the point of starvation and death.

If nostalgia is some kind of catalyst for Shen Fever, then the signs aren’t good for Candace. Ashley contracts the disease when she arrives at her childhood home. So when Bob reveals his rationale for going to the mall, it’s no surprise what happens to him.

But what are we to make of Candace, who has been doing nothing but recounting her past to readers? Is her telling of the tale further inducing the disease? And is her advisor toward the end of the novel a symptom rather than a figment of imagination?

Regardless of what you enjoy reading, give this book a chance. It’s more literary in the sense that it may be something you’ll read in a college class. But I think that readers will enjoy it. The book asks us question what we value in a world where people no longer judge us by what we have.