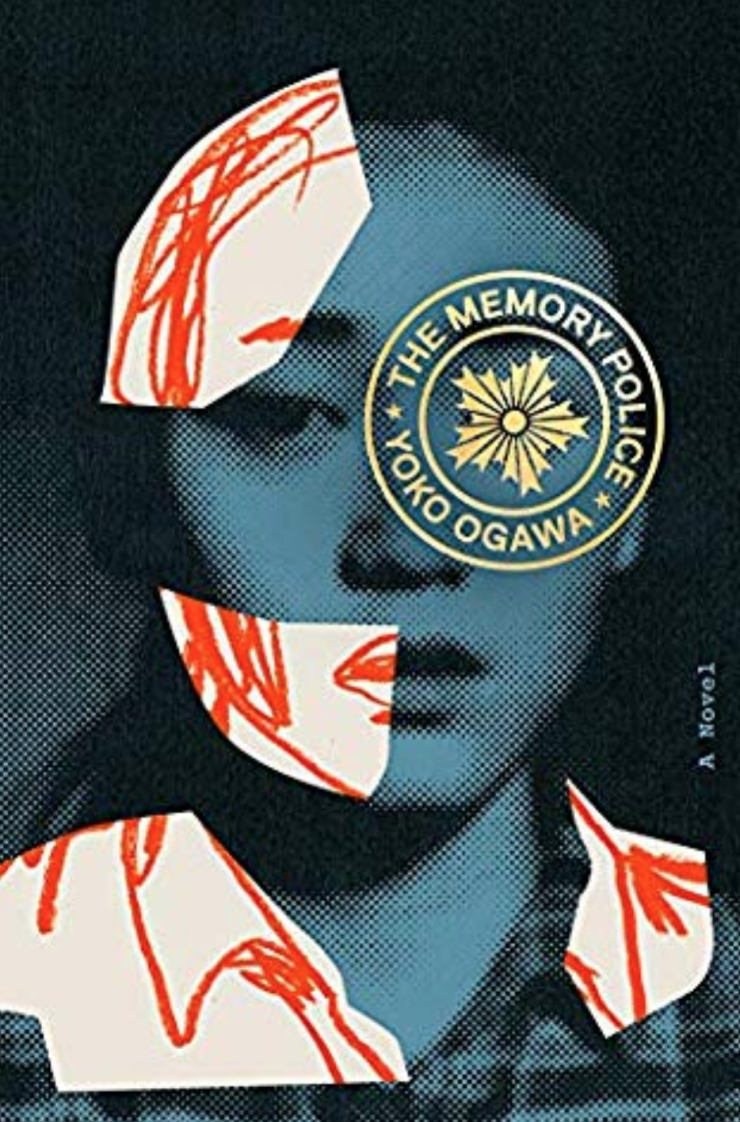 The Memory Police by Yoko Ogawa

A young female novelist learns that her editor is being hunted by the Memory Police, so she builds a secret room underneath her floorboards to hide him.

The Memory Police by Yoko Ogawa provides us with a stark reminder of the dangers of an authoritarian state. The novel is reminiscent of Orwell and other dystopian stories like Fahrenheit 451 and The Giver.

What Ogawa does very well is to show how small, seemingly insignificant actions can slowly chip away at our rights and expectations until one day, we wake up and realize that all of our rights have disappeared and that we live in a markedly different society. By then, it’s too late.

The Memory Police are in charge of enforcing rules about things that must be forgotten on some unnamed island. They will make ideas, things, and even people, disappear, and when they rule that a thing (or animal) must disappear, everyone must immediately destroy that thing or forget that concept. Animals, objects, and ideas slowly disappear for the residents of a small island.

A young female novelist hides her editor, R, beneath the floorboards when she learns that the Memory Police are after her editor.

They live in constant fear of being caught, and as the fear and tension increase, the protagonist retreats into the world of her story.

The story takes place on a small, unnamed island.

I’ve read many Japanese novels translated into English, so I’m quite familiar with Japanese literature. The Memory Police by Yoko Ogawa doesn’t quite follow a familiar story structure with a clear beginning, middle, and end that readers would find in a story like The Giver.

What Ogawa introduces is an element of magical realism when it comes to the disappearances and the story the protagonist is writing. That’s what initially threw me off: I wasn’t quite expecting this, as I’m more familiar with this style through Gabriel Garcia Marquez.

The absence of concrete and tangible labels like names and locations illustrate sense of dread residents must feel about the Memory Police. But the absence of names also illustrates the power the authorities have over the residents: names are easy identifiers, and names mark people as easy targets in the story.

This must have been the case for the residents of the island. They may have accepted the banishment of certain dangerous items, like drugs or guns, telling themselves that the banishment of such items were for the good of society.

Then the state then took it one step further: arresting and disappearing those who recognized the danger and spoke up. Still, the residents did nothing, until only those who were too afraid to take action remained. By the time readers start on the novel, the takeover of the island by the Memory Police is nearly complete, with those who could have resisted all but gone.

What makes this novel especially powerful today, instead of when it was published, is that the tools for mass surveillance are more ubiquitous now than ever before. Almost everyone has a smart phone or internet-connected device somewhere.

Whether it’s on the person, in the car, or in the home, people are allowing themselves to be filmed, recorded, or tracked all for the ease of convenience. All of this data is being gathered by third parties: Facebook, Google, and Apple, to name a few. And all of this is also accessible to hackers, employees, and even various branches of the government.

It’s not difficult to imagine how our own government can mirror the one in The Memory Police. Every time we install an app, we give it permission to know where we are, read our conversations, and learn all of our habits.

The end of the novel isn’t that surprising. There’s only one conclusion that readers can draw when it comes to the fate of a society that is running out of people and things to forget. I have to admit, I almost felt a sense of relief for the protagonist and the residents of the island near the end of the book.

I enjoyed the novel, but not in the way I enjoyed a science fiction series like The Expanse. Instead, I liked the book for reminding us that we’re not too far off from a society where large corporations or the government can control what we see and know every intimate detail about our lives.

Want to read other speculative science fiction books? Check out my reviews on these books: