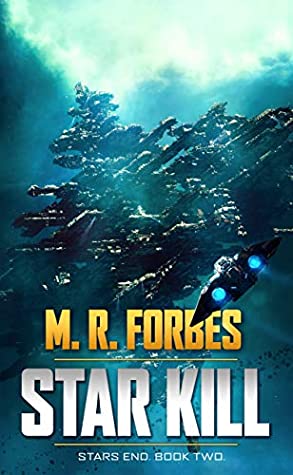 Alliance Commander Stone and Commune Captain Rozik must work together in order to notify their military leadership about the new alien threat facing humanity.

Star Kill by M. R. Forbes continues Stone’s exodus from the system Warrick and Spindle station in order to alert both human factions of the extinction-level threat posed by the invading aliens beyond the disturbance.

Accompanying Alliance Navy Commander Stone is Commune Captain Rozik, who reveals his broad range of specialties on Naraka station. These once enemies are forced to work together in order to contact their respective militaries in order to prepare them for the inevitable attack of the Banshees, a species of aliens that drains the energy from stars.

What’s great about this installment of the series is that there are some new characters—the leader of Naraka station and a little girl whose background solicits empathy. The inclusion of children into military science fiction can have mixed results, and their presence, if not necessary to the plot, can sometimes feel like an attempt to inject emotions into the story.

However, the two new female characters in this story add some much-needed refreshment into the dynamics of Stone and Rozik’s tenuous relationship. While their relationship was a bit antagonistic at the end of the first book, their relationship, perhaps even friendship, does develop more as their struggle toward their shared goal forces them to rely on each other.

As with the previous iteration, Star Kill contains some exciting space battles featuring the Banshees. Only this time, Stone fares much better than his previous encounter with them. But readers will have to be patient as action in space takes place toward the end of the book.

What is both a positive and a negative about this sequel is the absence of any information about the Banshees. A new mechanic is introduced in this story, along with some new technology and some mysterious, seemingly beneficent, actions taken on the Banshee’s part. These rationale behind this actions are not totally clear, though Rozik’s hypothesis doesn’t bode well for humans.

The other mysterious action noticed by Commander Stone and later referenced, isn’t developed. This strange behavior perhaps suggests that not all may be nefarious about the aliens, though the dearth of information about the Banshees in this book means readers can only guess.

The obstacles that Stone and Rozik face on Naraka station feel like an interlude to the main story regarding humanity and its struggle against the aliens beyond the Sphere. If anything, some readers may find the whole plot of the second book unnecessary save for the conclusion, though the role that Naraka station plays in the grander scheme of the human-alien struggle may yet prove significant.

M. R. Forbe’s Star Kill takes a brief respite from the major conflict promised in the first book Star Fire in order to introduce more characters and develop a stronger relationship between the two protagonists Stone and Rozik. The main plot picks up toward the end of the book, promising an even more exciting adventure in the next book of the Stars End series. 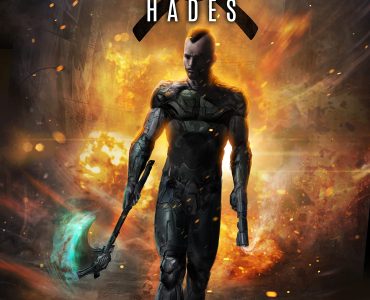