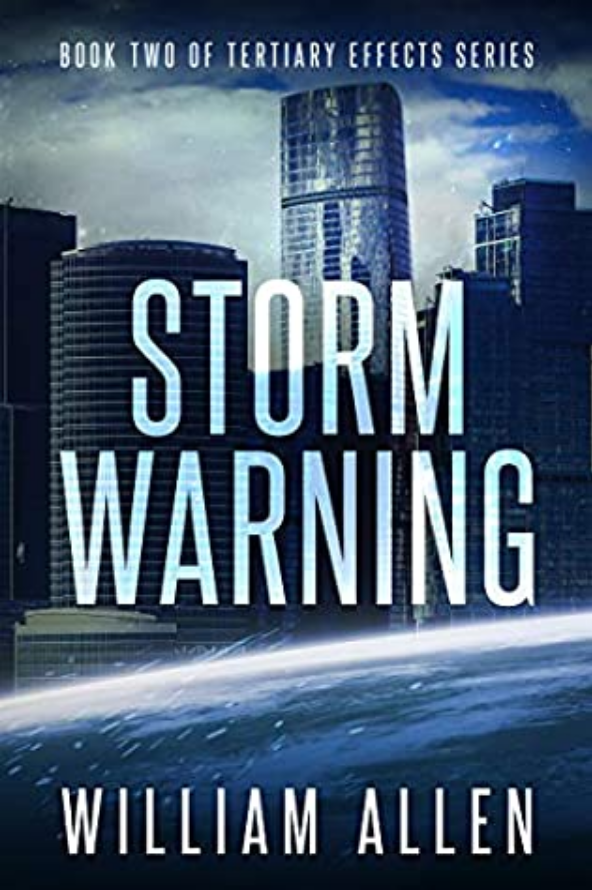 After a giant rock strikes the planet and causes catastrophic damage to the environment, people must now prepare for the effects of the strike: massive storm systems that further throw survivors into disarray.

Storm Warning by William Allen is a great continuation of Bryan’s attempt to protect his farm and family. Like Rockfall, Storm Warning contains more realistic narration describing gun fights from a perspective that readers often miss because writers tend to gloss over gun safety practices. For instance, Bryan tries to maintain situational awareness at all times, and not surprisingly, his failure to do so has consequences.

This second book in the series focuses more on the damage that constant storms, rains, hurricanes, and tornadoes have on a community. The challenges that the rain and wet provide the protagonist and his family are interesting enough from a survivalist’s perspective, but the added obstacle of humanity makes the situation even worse.

If readers have learned anything about post-apocalyptic stories and shows, it’s that the greatest threat to humanity’s survival is humanity itself. Or more specifically, it’s humanity’s baser instincts. It was as true in Stephen King’s The Stand as it was in The Walking Dead.

Storm Warning is a clever title in that it hints at the dangers that the survivors will face, both literally and figuratively. But not all is gloom and dread in the story. There are moments of community that inspire and provide hope to an otherwise constant story of impending disaster. Descriptions of dangerous weather and people are offset by short scenes of community-building and people helping one another.

Against the backdrop of the worsening planetary disaster is the sense of hope these characters share when working together to overcome increasingly overwhelming odds. This inspiration makes readers root that much more for the good survivors in the story.

Because the story is narrated by Bryan, it’s no surprise that he’s the most developed character. He’s relatable, and his methodical, logical approach problems is commendable. But other characters aren’t quite as well-developed or relatable. For instance, his brothers are almost generic soldiers. Furthermore, the villains of the story aren’t really as well developed.

Without giving anything away, the revelations about one of the villains are supposed to justify Bryan’s actions. In a fair and just world, people should suffer the consequences of their actions. We often see this in movies where villains get what they deserve like Joffrey or Ramsay in Game of Thrones. But the villains in Storm Warning aren’t really actively pursuing the protagonists in the way that villains normally do, so the making one of them despicable to justify Bryan’s actions seems a bit too convenient.

Regardless, Storm Warning by William Allen is a satisfying book about a group of people attempting to survive on a planet that has been devastated by a meteor strike and the cataclysmic changes that that result from such a strike. It’s a story that contains more realistic narration of gun fights, and like its predecessor, the name dropping of guns may be a bonus to some readers. The conclusion will make that next book that much more interesting.

Read a review of similar books. 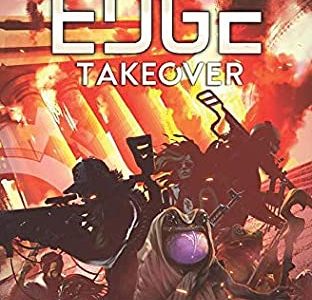