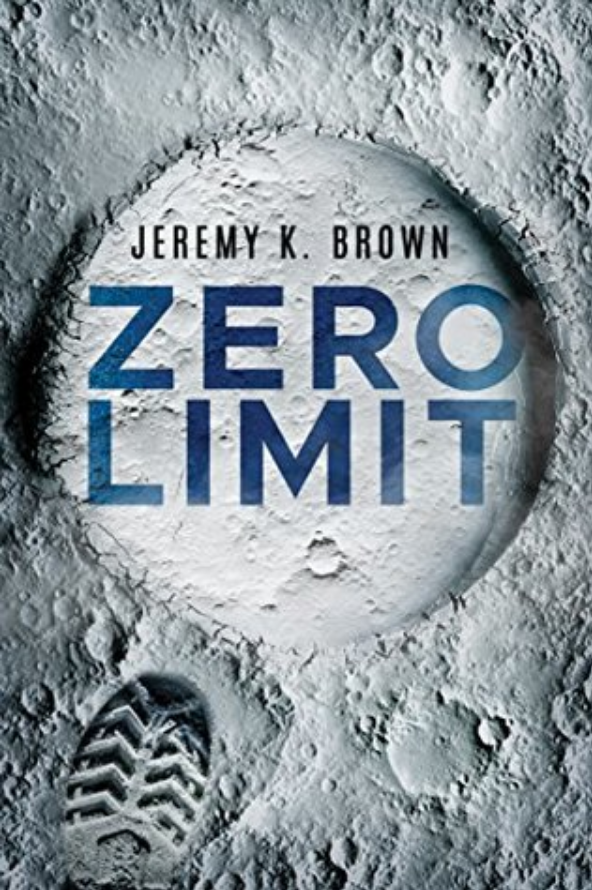 Caitlin Taggart and her crew accept a dangerous and risky mission to corral an asteroid rich in resources. A catastrophic disaster occurs that forces endangers not only the crew, but Earth as well.

Zero Limit by Jeremy K. Brown is a fairly decent story about a group of lunar regolith miners who find themselves at the heart of a problem they’ve created. While the plot is fairly predictable, the solutions provided in the story make for some interesting ideas should humans face a similar catastrophe.

The list of possible solutions provided in the story are attempted, and the resulting consequences are enough to keep readers engaged and curious enough to discover the consequences of such solutions. Similarly, the hypothetical discussions and ultimate last resort are realistic enough for those who read a lot of science fiction or have read about real-world solutions for just that scenario that the miners find themselves in.

The characters in the story aren’t really that relatable or memorable. Caitlin Taggart, the protagonist and mother hen to her crew, is fairly well developed with flashbacks throughout the book that illustrate a character who is courageous and protective. These flashbacks are contrasted with the fate of her crew. Perhaps that’s what makes the conclusion that much more bittersweet. But the other characters aren’t as well developed. Consequently, they seem more like extras on a set rather than involved supporting characters.

However bland the characters may be, the descriptions of the tensions between Earth and the moon make for a more interesting story. Perhaps influenced by our current government, Earth and the moon aren’t on the best of terms. And like so many science fiction stories from Babylon 5 to The Expanse, colonies outside Earth ultimately find their way to independence. It’s this tension between Earth and its lunar colony that provides the backdrop for Taggart’s current situation and the motivation for her to undertake the dangerous mission.

Sometimes it’s difficult to know when a story should end. Some stories can be ruined with a conclusion that goes on a bit too long—fans of the series Game of Thrones can attest to this. Zero Limit suffers a bit from this same problem: the ending of the story (or the epilogue) diminishes the impact of the conclusion, turning a conclusion that may be celebratory to a conclusion that is fairly mundane. But it at least gives the story and humanity a sense of continuation.

Zero Limit by Jeremy K. Brown is a good story for those who like science fiction stories that are a bit more science than fiction. The solutions that the characters develop are based on solutions that scientists have come up with for such scenarios. E

Read reviews of other books with similar plots.