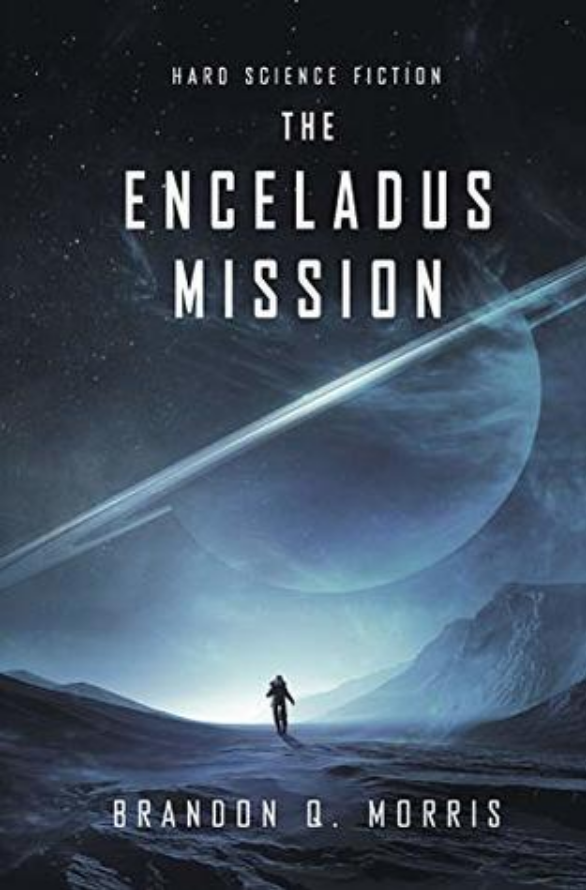 A probe discovers evidence of life on the moon Enceladus orbiting around Saturn. A group of astronauts undertake the long and difficult journey to find evidence of extraterrestrial life.

Classified as hard science fiction, The Enceladus Mission isn’t overly technical to the point where it bores or disinterests readers. There’s just enough challenges to give the sense of space travel as being dangerous and exciting.

An international group of astronauts undertake a mission to the moon Enceladus because of an earlier unmanned mission that showed promising evidence of life.

Martin is a software engineer and the protagonist in the story. Francesca is the pilot. The mission commander is Amy. Three other astronauts round out the crew.

The story takes place onboard the vessel and on the moon Enceladus.

I have mixed feelings about The Enceladus Mission. The story itself is fine once readers can get past the first half, but the issues in the first half are likely to prevent people from completing the story. If that happens, then it’ll be a shame, considering the discoveries made by the astronauts are pretty interesting in terms of science fiction.

The moments of danger in the book are enough to give readers a sense of a handful of the dangers that may be present on a long manned space journey. But the exciting part of the story doesn’t take place until after the first half of the book.

The discovery the astronauts make on Enceladus is almost enough of a reward for readers who are patient with the story. That’s where more of the “fiction” part of science fiction reveals itself.

There’s some pretty clear foreshadowing early in the story that anticipates what will happen later, and it’s almost obvious enough that most readers will catch it.

The largest criticism I have for the book is that the dialogue seems unnatural—even moments of outbursts seem like an obvious attempt to sound more realistic. I think part of the issue stems from the fact that everyone is trying to be too polite and professional, making the dialogue sound forced.

This is especially true of Commander Amy’s lines. She’s almost robotic. Indeed, most of the crew, with the exception of the Russian doctor, don’t seem very lively. Even Watson, the ship’s artificial intelligence, has more character than the actual astronauts. That’s a problem when the ship’s artificial intelligence has more personality than the protagonist.

The Enceladus Mission by Brandon Q. Morris will appeal to readers who love hard science fiction and don’t care so much for the more creative liberties many science fiction writers take with their stories. Fans of Cixin Liu’s works, like Ball Lightning, may find some similarities with this book.

Otherwise, if you invest time in this book, give the astronauts a chance to reach Enceladus, and you’ll find yourself with a pretty interesting story.