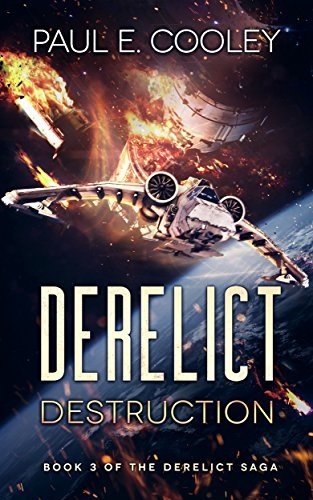 Marines attempt to divert the beacon and aliens in order to save humanity from the threat of the extrasolar lifeforms.

Paul E. Cooley’s third book in the Derelict Saga series, Destruction, continues the suspenseful and thrilling science fiction story about a group of marines sent out to investigate a derelict ship far out beyond the orbit of Pluto.

The crew of S&R Black continue with their mission while attempting to rescue the squad of marines trapped aboard the derelict ship Mira. The story continues right where it left off with readers still in suspense about the fate of Corporal Kalimura and her team.

While the fate of the Mira is evident from the alien constructs or lifeforms prevalent onboard and around the ship, there’s not enough information revealed to readers regarding the aliens, leaving them somewhat of a mystery that adds to their terror.

While the mission of S&R Black and the squad’s escape from Mira are progressing, the overall story regarding the threat the aliens pose to humanity grows. What adds to the suspense and intrigue is what constitutes a larger threat to humanity: these acid-spewing metallic aliens or the Trio of artificial intelligences whose motivations and goals remain yet unknown.

The plot juggles the multiple mysteries of the Trio of artificial intelligences, the alien lifeforms, and the fate of the Mira while telling the story of S&R Black and her crew. The transitions from one of these mysteries to another can be a little distracting at times, and there are sections where story feels drawn out. But the suspense and thrill of the story is maintained throughout the book.

One great decision from the author is the resolution of Kalimura and her squad’s fate aboard the Mira. While there’s still no clear answer as to why her shuttle was sabotaged so that her squad would be forced into Mira, their isolation on Mira was becoming a bit exhausting considering the larger story of the aliens and the beacon. Luckily, the plot moves on from the scale of the squad of marines to the larger story at hand regarding the aliens, humanity, and the artificial intelligences.

The title of this third book becomes clear at the conclusion of the book when the survivors of the mission learn of a terrible consequence of their actions. What follows is an even bigger mystery regarding the aliens and the motivations of the Trio—it appears they will play an even larger role in the upcoming sequel.

Destruction by Paul E. Cooley continues to deliver the same action, suspense, and horror established by the first two books in the Derelict series. The conclusion of this story expands the plot beyond one ship and its crew to the entirety of the human species.

Read reviews of other suspenseful science fiction books below. 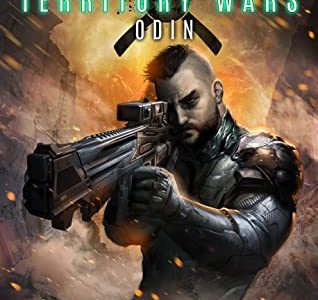