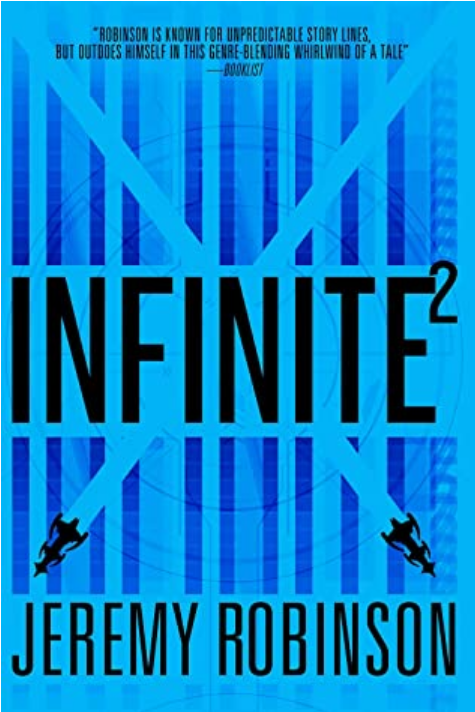 William Chanokh has a new companion, and a new nemesis, in this sequel to the first novel. Only this time, some of the nightmares imagined by humanity come alive, forcing William to wade through the depths of hell in order to save himself and Capria, the last woman alive.

Infinite2 by Jeremy Robinson delivers a different twist to the last-man-alive plot in science fiction that can sometimes be depressing because of the nature of the plot. The first novel has our protagonist, William Chanokh, choosing to retreat into a virtual reality in order to escape his loneliness. William’s choice leaves readers with a sense of ambiguity: is a virtual world of happiness, no matter how immersive, better than a reality of isolation?

Robinson provides a pretty clear answer to the question in the novel. The story begins with a man who, given the millennia he has lived and the countless virtual lives he has experienced, can no longer remember who he is. So the search for the fragments of his original life begin, and this first part of the novel can feel a little slow.

But as the novel progresses, characters like Capria and Gal give the story a bit more dimension and allow the protagonist the opportunity to define himself. I’ve often wondered throughout the story about just how tempting some of the virtual lives would have been. Given the limited lifespan of a person, I can’t imagine faulting a person for choosing the virtual experience over reality, especially if there’s no experiential difference between the two.

But William’s immortality does change the consideration a bit, and the wide variety of lives he has lived, both as a male and a female, eventually lead him to search for different experiences for the sake of variety.

William’s references to Star Trek is maybe a nod to the holodeck episodes in the Star Trek universe that may have influenced the author, particularly the episodes where the holodeck malfunctions and what was fake becomes real. These episodes do kind of inspire the imagination, only because this is a story, the scenes that come alive aren’t really peaceful and serene. So William overcome a literal hell in order to accomplish his task.

Maybe one of the more interesting aspects of the story is the reference to Benford’s Law. Without going into detail, the author uses this idea and integrates it into the conclusion, adding the “science” to the fiction that adds a sense of “realism” to the story.

The conclusion to the story leaves a lot to the imagination, and some interesting discoveries leave William a changed person with abilities beyond his immortality. The ending doesn’t seem to leave much room for another involved book, but maybe I’m wrong there.

Infinite2 by Jeremy Robinson is a fun, action-packed story that delivers a refreshingly different take on the last-man-alive trope in science fiction. Popular references to Star Trek clue readers to the plot, and the story concludes on an interesting note that will leave readers questioning the nature of reality.

Read reviews of other similar works.