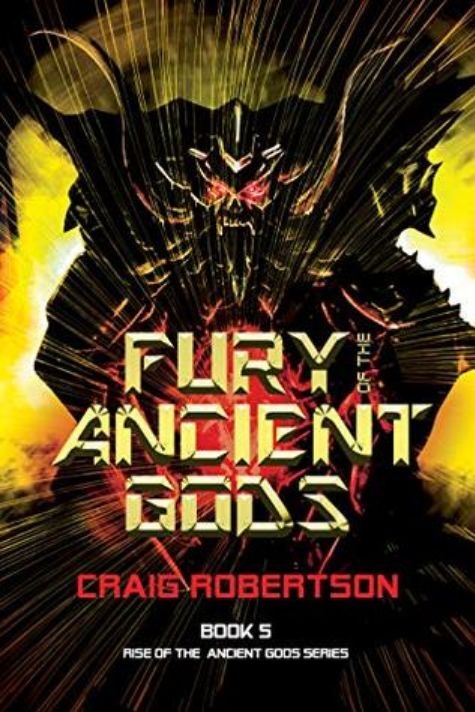 Fury of the Ancient Gods Review

Fury of the Ancient Gods by Craig Robertson continues with the struggle of Jon Ryan against the all-powerful Cleinoid gods and their rampage across the known universe.

While the page count for the book is fairly average compared to the other books in the series, there’s not much substance to this story. Sure, the plot makes some progress, and the resolution of the story is fairly satisfying given the build-up.

But the story itself feels like a whole lot of words that don’t quite move the story forward far enough. In fact, the book focuses too much on one major problem and skimps on the details about the larger universe being ravaged by the Ancient Gods.

However, there’s a lot to like about this book. The sense of camaraderie is great considering this motley crew of immortals and powerful, magical dragons were once upon a time separated. And the fact that the combined power of these characters still pales in comparison to the might of even one of their nemesis gives the story a sense of overwhelming odds. In a sense, Jon is yet again the David in a battle against Goliath.

One question the story raises is the power of Fate. Does Fate control the outcome of the Cleinoid gods as well as the Stone Witches? If so, then perhaps Fate is the true God.

A lot of questions still remain despite the conclusion to this story. What will happen to the Stone Witches in the populated universe? What will happen to the aliens who all banded together in the hopes of withstanding the Ancient Gods? Perhaps more importantly, where will Jon Ryan and his gang go next? They can travel the known universe, warp between different dimensions, and even go to hell. So what’s left for this crew now that they’ve been everywhere and done everything?

Fury of the Ancient Gods by Craig Robertson gives readers the sense of being suspended during a story. The writing and humor deliver the same level of fun and engagement. The series feels like it’s coming to an end, and I can’t help but feel like this book and what seems will be the final book in the series could have been combined for a more satisfying read.