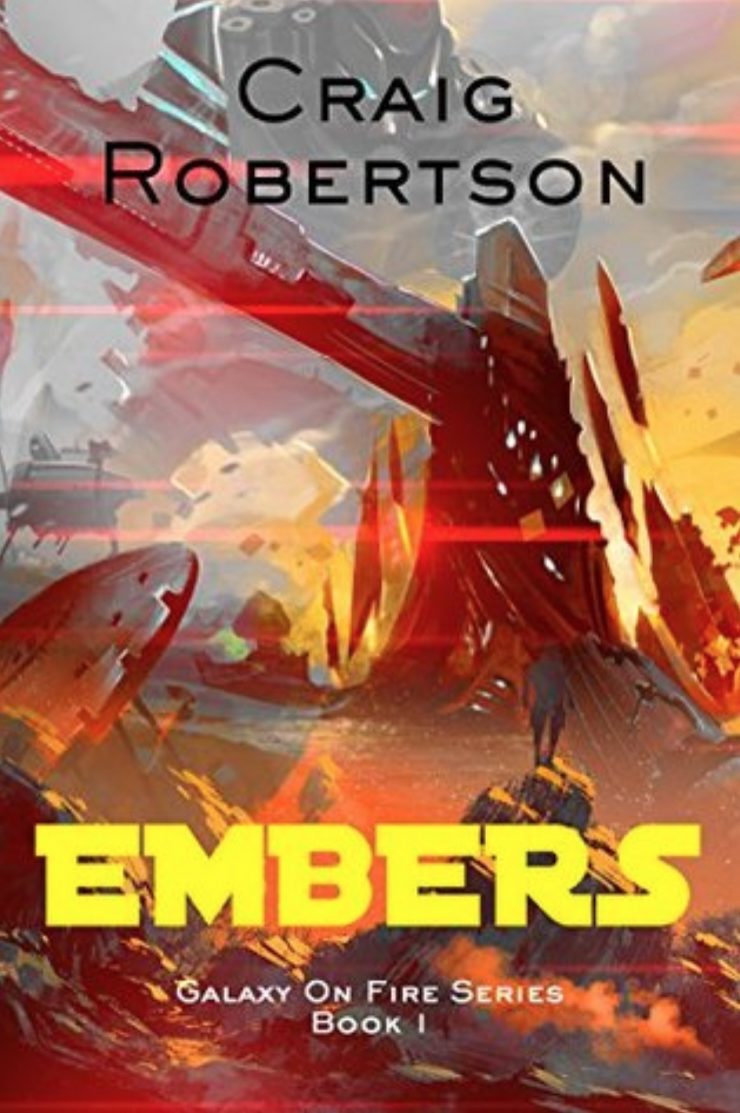 Jon Ryan wakes up 2 billion years in the future, and things have changed. New companions, new enemies, and perhaps some old reminders of the far distant past appear as Ryan faces a new, powerful threat to the galaxy.

Fans of The Forever series will find enjoy Galaxy on Fire just as much—there’s the same Jon Ryan that readers fell in love with, though the female characters seem to be cut from the same cloth.

Jon Ryan wakes up far into the future and finds himself embroiled in yet another war raging in the galaxy. Now Ryan must save the galaxy from a race known only as the Adamant that is extinguishing all other sentience and replacing the native species with more docile aliens.

Jon Ryan is the protagonist on this journey, and he’s joined by his companions Mirraya and Slapgren as they escape their pursuers, the Adamant. The artificial intelligence in The Forever series is called Stingray or Blessing.

With a cube, Ryan’s adventure takes him all throughout the galaxy and beyond.

Embers is a great read for fans of The Forever series. There’s a sense of wonder and the unknown with regards to the difference in time in Galaxy on Fire. Gone is the obsession that Ryan holds for the human race. In a sense, the absence of humans means that Ryan is free to explore the universe. There’s no humanity to protect for internal or external forces, though one of the big mysteries in the story is what happened to the human race.

Ryan’s character is such that he’s compelled to defend the galaxy that he once called home. This compulsion is made worse with his new traveling companions,. Mirraya and Slapgren. In a sense, those two remind me of Dr. Who’s traveling companions—Ryan just can’t be alone. Whereas the Doctor has a Tardis, Ryan has his trusty vortex manipulator.

The writing in the story is fun. Readers will find a lot of entertainment with regards to Ryan’s interactions with other characters. Robertson’s strength in writing fun dialogue is repeated here in this book, though there are times when the banter can be toned down a bit. Consequently, it’s difficult to take the story seriously since Ryan tends to joke himself out of every situation. I’ve found the humor to be both refreshing and annoying, though in that instance, I’m not too different from the characters in the book.

The villains seem powerful enough to pose a threat to him, and it’ll be interesting to see how Ryan resolves the conflict. Readers are likely to see several parallels to The Forever series, especially with regards to traveling companions, banter in the dialogue, and plot.

I found myself wondering about the origins of the Adamant and the situation with the humans. There are not a lot of clues in the story that tell what happened to the humans even though their influence seems to be present throughout the story. I hope that future books touch on the topic.

Mirraya’s personality seemed far too similar to Sapale’s personality. At one point, I caught myself wondering what the difference between the two characters was, aside from their species. For a preteen, Mirraya acts a little too mature with a sense of sarcasm and wit that doesn’t normally accompany people her age. I just accepted that as an alien species, she may be more mature than, say, humans.

The story in Embers takes its time to orient both Ryan and readers to the new situation and galaxy that Ryan finds himself in. And, as the title suggests, this story is just the start of a conflagration that promises to be even more exciting and packed with action and adventure.

Read reviews of other books by Craig Robertson: