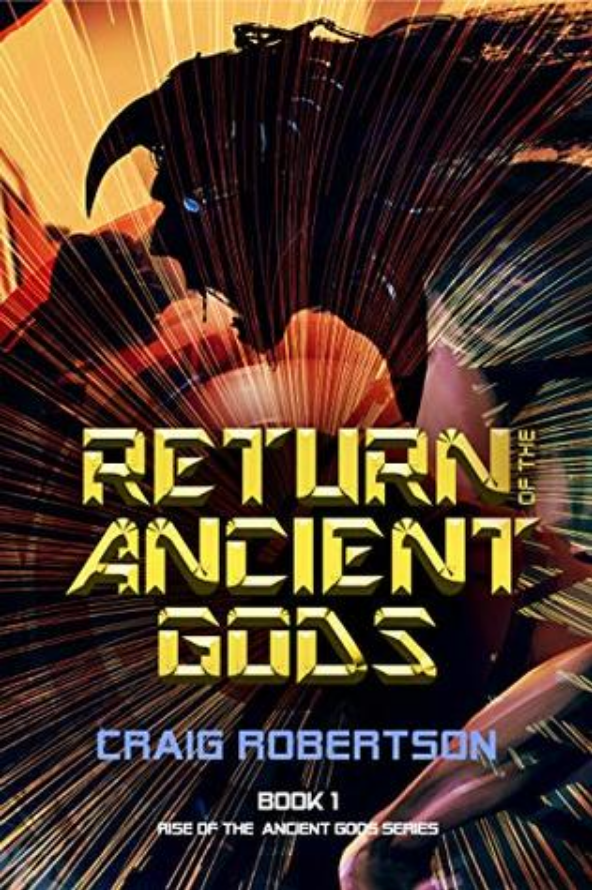 Strange happenings and impossible things foretell the return of a horde of ancient gods eager to ravage the known universe. How will Ryan stop this threat from consuming everything in existence?

Return of the Ancient Gods Review

Return of the Ancient Gods by Craig Robertson continues the (mis)adventures of Jon Ryan as he faces off against yet another overwhelming enemy. There’s a lot to like about Ryan. His carefree attitude in the face of imminent death is to be admired in a protagonist even if it sometimes diminishes the threat level of the villain or the situation.

Ryan’s adventures entail facing ever stronger enemies, but without fail, he takes them down, usually with a lot of luck and a semblance of a plan. It’s this combination of overwhelming odds and last-minute-hail-mary planning, along with a can-do attitude, that characterizes Ryan’s strategy. So it’s no surprise to see that happening in Return of the Ancient Gods.

Whereas previous stories had Ryan facing corporeal enemies like the Adamant, he’s now facing, as the title reveals, gods. It’ll be interesting to see how Ryan can face off against gods in a universe where the physical laws just don’t apply and where Ryan will be unable to use his toys to manipulate, blast, and teleport his way through swaths of enemies.

Though armed with nothing but his wits and sense of humor, it seems that Ryan is able to befuddle, annoy, and confuse his opponents. Readers who want more funny dialogue, crass jokes, and other tomfoolery will really enjoy this series by Craig Robertson.

What makes Return of the Ancient Gods fun is that it’s a story that doesn’t really take itself seriously. Robertson seems to be having a bit of fun here, perhaps even injecting a bit of himself with the mention of dive bars and Sunday mornings. This can also be seen in the descriptions of the gods, whose behaviors surprisingly parallel the antics of the Greek pantheon of gods.

The strange description of the gods and their power, illustrated by their domination of Ralph, make for an interesting puzzle for Ryan to solve. It’s a fun story to be sure, and this time he’s accompanied by his longtime friend and spouse. Fans of Robertson’s works will likely have an idea of how the story will end, as Robertson includes foreshadowing details that are fairly blatant. However, even if readers know that Ryan will ultimately prevail, the enjoyable part remains how Ryan finds his way to victory.