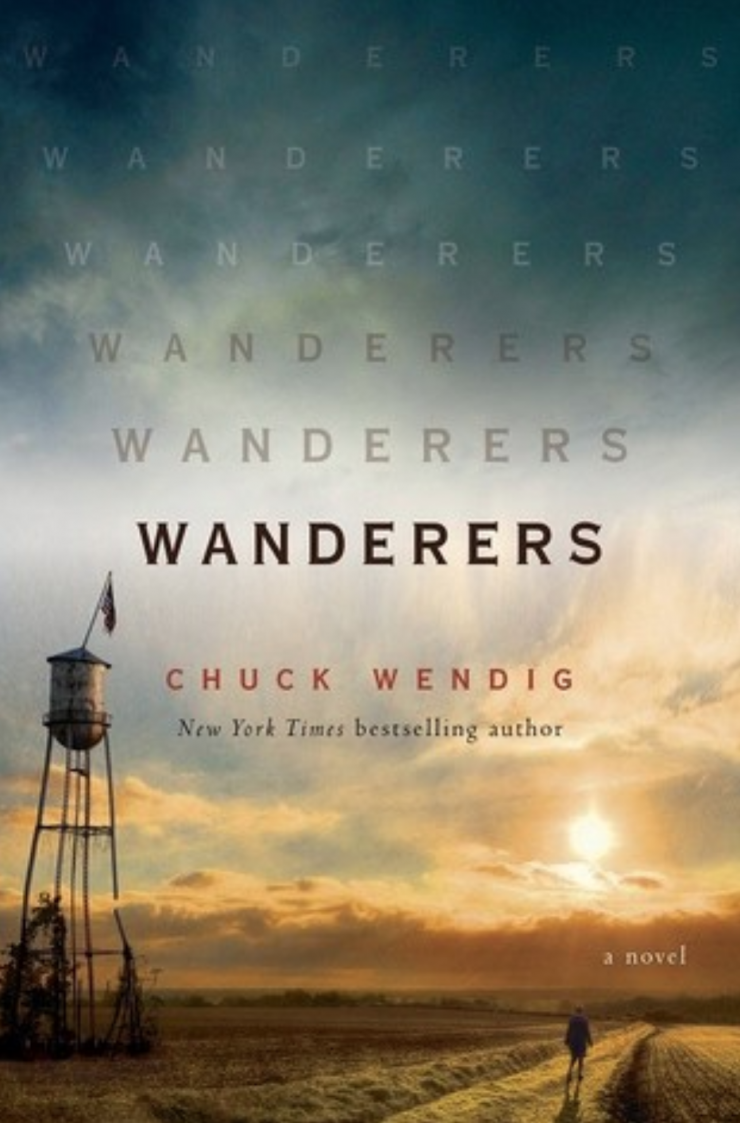 An unknown disease has infected a group of people in the United States, and scientists struggle to discover the cause before the disease spreads to the rest of the nation.

Within the first 50 pages of this story, I was worried I’d be reading yet another zombie novel. That was the last thing I wanted, but as it turned out, this novel was far from “yet another zombie” story.

I didn’t list this characteristic as a book above, but you’ll need to commit to this book. It’s 800 pages long, and the audiobook shows as 32 hours and 22 minutes. So if you’re one of those readers who can only read through one book before moving onto another, you’ll want to keep this in mind.

An epidemic is turning people into superhuman sleepwalkers who are relentlessly walking toward a destination. Nothing can stop them; not obstacles nor weather can impede their progress.

And should anyone try to restrain the sleepwalkers, they explode. People are terrified and the government is in a rush to investigate how this epidemic began and what they can do to stop it. Meanwhile, the nation is tearing itself apart with worry and fear as CDC doctors, using the help of a supercomputer, investigate the cause.

The protagonist, Shana, and her younger sister Nessie are at the center of this story. Other characters include CDC doctors and a few other characters.

This story starts in Pennsylvania and moves westward through Colorado, following the direction of the sleepwalkers as they relentlessly march toward their destination. Characters range as far west as California.

Wanderers isn’t your typical zombie, end-of-the-world story. The sleepwalkers may behave like zombies, but they serve more as a symbol for any epidemic that threatens the United States. In the past, that epidemic may have been HIV/AIDs, SARS, or even today’s Ebola.

As a proxy for those epidemics, the sleepwalkers reveal just how fragile our society is when it encounters a significant threat. I’m not sure if I’d be so pessimistic since previous disasters in the US have been met with an outward show of support and unity. Still, Wanderers shows us that people can be just as brutal as they can be compassionate.

What Wendig does well is go through the investigative process scientists use when trying to determine the cause of a disease. Unlike other zombie or apocalyptic novels (I’m thinking about Severance by Ling Ma), Wendig, through the CDC scientists, exhausts the scientific process before arriving at an interesting cause that transforms the book from a piece of speculative fiction to a work of science fiction.

As readers, we’re along for the ride as the scientists start to brainstorm different causes for the sleepwalkers. And as they eliminate one medical reason after another, they’re eventually left with a conclusion that is seemingly unlikely.

I’m not a scientist or a medical person, so I don’t know how accurate (broadly) the investigative process is, but Wendig’s writing makes the characters and the story processes believable. All of his characters are realistic, with faults that point to their humanity. For instance, the disgraced CDC scientist, Benjamin, has to work through the consequences of the report he manipulated. While his intentions were pure, his data fabrication cost him not only his job and his reputation, but also the CDC’s reputation and trust.

I particularly enjoyed the characters. They were flawed from the start. Shana is your typical high school teenager, but her dedication to her family makes her admirable. That she’s willing to risk her well-being not only for her sister and strangers makes her the hero of this story. She represents the best of what people can be.

We don’t often see such depth of characters in books outside of the protagonist. In other apocalyptic stories, we too often see people struggle against external demons. In Wanderers, these characters have to deal with both internal and external horrors.

Other characters, like the aging closeted gay rockstar and the disillusioned pastor all reveal to us that people are…well, people. Nobody’s perfect, and in a society that is failing, people need to work through their issues so that they can face the new day unburdened. The epidemic acts as a catalyst, forcing people to deal with their issues.

While the pacing for most of the book is a bit on the slow side, I felt like the last quarter of the book went by too quickly. That’s probably because of the action, but the book seemed a little unbalanced in that respect. Still, the plot revelations and character development throughout the book are done well. Even the ending of the book leaves a lot more to be desired.

I really enjoyed this book. It took a few hundred pages to really pick up, but the book rewards you for your patience. Influences from Station Eleven and The Stand are definitely noticeable if you’ve read both books, but I believe that Wanderers combines the best elements from both influences: the structure from Mandel and the character development and horror from King.