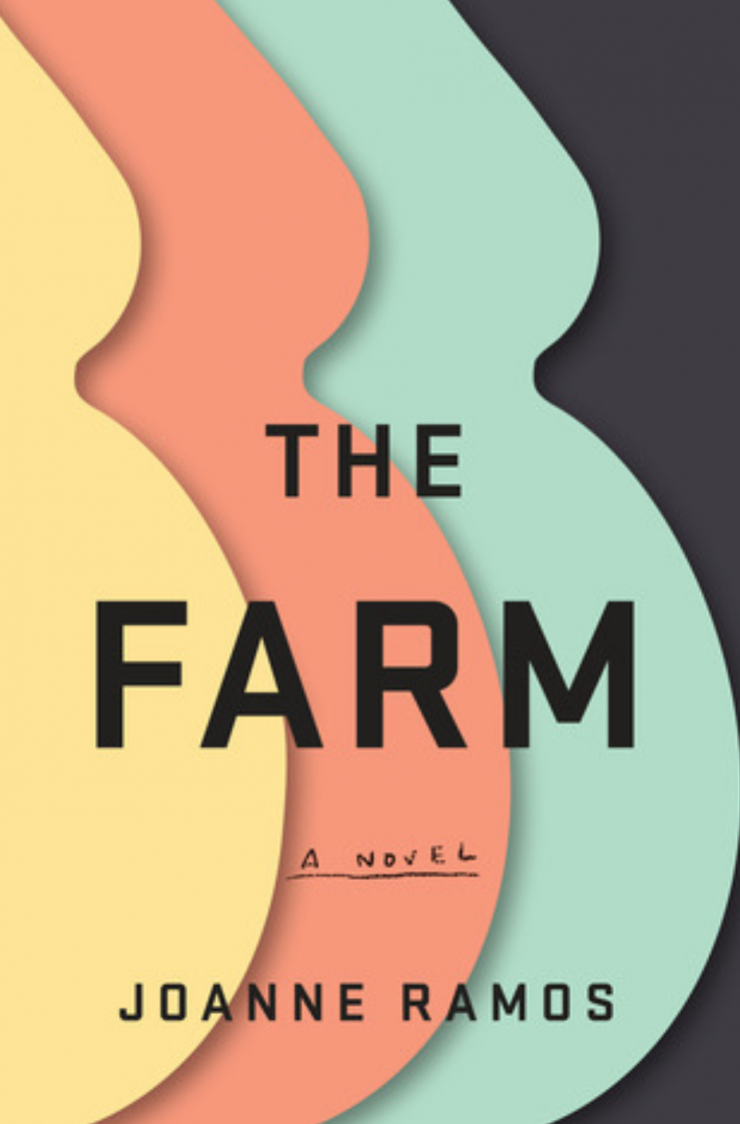 The Farm by Joanne Ramos

Jane, desperate for more money, signs up to be a surrogate mother at Golden Oaks, otherwise referred to as The Farm. Her clients are ultra wealthy, and while a surrogate, Jane’s every need is attended to, and she lives in luxury. But she’s confined to The Farm for the duration of her pregnancy.

I’m not quite sure how to feel about this book. I appreciated the insight that Ramos provides for women like Jane. Too often, the lives of service workers are ignored and their stories go untold. It’s not until they are given voice that people can take action.

The disparity between rich and poor is illustrated clearly in this story through the women and their need to become surrogates for the ultra rich.

The Farm by Joanne Ramos does a decent job telling the story of Jane, an uneducated single mother, who signs up to be a surrogate mother at Golden Oaks. Golden Oaks takes care of the needs of all of its hosts while they are pregnant.

The contract that surrogates sign is explicit about the rules that hosts must follow, and these rules are very restrictive.

The protagonist is Jane a single mother from the Philippines with her newborn baby Amalia. Ate is her cousin, and Reagan is Jane’s roommate at Golden Oaks. Other characters include Mae Yu and Lisa.

The story takes place in New York at the Golden Oaks facility.

The message that comes through the book is the imbalance of power between the rich and the poor. This is clearly illustrated through Jane’s desperate need for money and her willingness to “lease” her body to the super rich in return for what likely amounts to a rounding on their bookkeeping.

I imagine stories where women agree to become surrogates are more palatable than stories where women go into prostitution, legal or not. While reading this book, I couldn’t help but compare the two. Being a surrogate obviously isn’t the same, but there’s something about the commercialization of it that unsettles me.

Reagan, for instance, comes from a wealthy background, and while she has a humanities degree from a good school, she becomes a surrogate because she wants to escape her father’s control. By becoming a surrogate, she can earn enough money to become financially independent from her family wealthy family.

Other women at Golden Oaks are there to seize the lifestyle and dream that they believe America offers. To reach that lifestyle, they’ve become surrogate mothers for the wealthy. In exchange for giving up their bodies, they’re rewarded with a significant sum of money.

I applaud these women for doing what they believe is best for their family. After all, aren’t we all sharing the same struggles? Most people lease their minds and bodies to those who are richer in order to put food on the table. We’re told when to come in, what we can or can’t do, and we’re told when we can leave. Those who are fortunate are rewarded enough to enjoy a few weeks of vacation every year. For the rest of us, the reward comes in the form of survival.

And like the women at Golden Oaks, when we can no longer provide value (too old, too sick, too ethnic), we’re cut off. Jane’s sacrifice to provide for her daughter should be applauded.

The scene where Mae goes over the options for the fetus with down syndrome was a little unsettling. It wasn’t the question of whether or not to continue the pregnancy. Rather, it was more Mae’s completely objective approach to the issue and how it’d affect Golden Oaks. Immediately dealing with the issue, she moves on to her next item: finding the next agreeable host for a client.

The author shows us that all the women in this story are in some ways exploited by the rich. And if there were men in the story, I have no doubt that they’d be exploited just as much as the women. Even the doctor panders to the rich parents when she’s on a video call.

Speaking of men, there is a surprising absence of men in the story. Jane’s boyfriend is nowhere to be found. The doctors are female. We do get a glimpse of Lisa’s boyfriend when he sneaks onto The Farm, but male influences are absent throughout the book. The only thing we learn about male characters is that they’re just using the women: Jane, Ate, and even Lisa don’t have very positive male role models.

What’s surprising is that there’s a surprising lack of genuine camaraderie among the women. Take, for instance, the relationship between Raegan and Lisa. There’s a sense of competition among the women despite their shared situation. But now that I think about it, that’s usually a difference between female writers writing women and male writers writing men. Male writers tend to have males who bond during shared conflicts, whereas female writers tend to write women in competition with one another.

I’m thinking of Pride and Prejudice, but I’m sure there are others where women compete instead of collaborate. In Les Miserables, we see this competition between Cosette and Eponine. Granted, these are works from a different period, and the nature of the struggle is different (military or war vs. relationships). There’s likely a thesis somewhere there for an aspiring English major.

There’s not much difference between Jane and the rest of us. She’s chosen a faster route to financial security and independence. She can enjoy those earnings while she’s young and healthy.

We can’t really condemn Jane or the other women for their choices to secure a future for themselves and their families. If anything, the story is about how people, mainly women, are achieving the American Dream in a technological society that is is leaving fewer and fewer opportunities behind for certain groups of people.