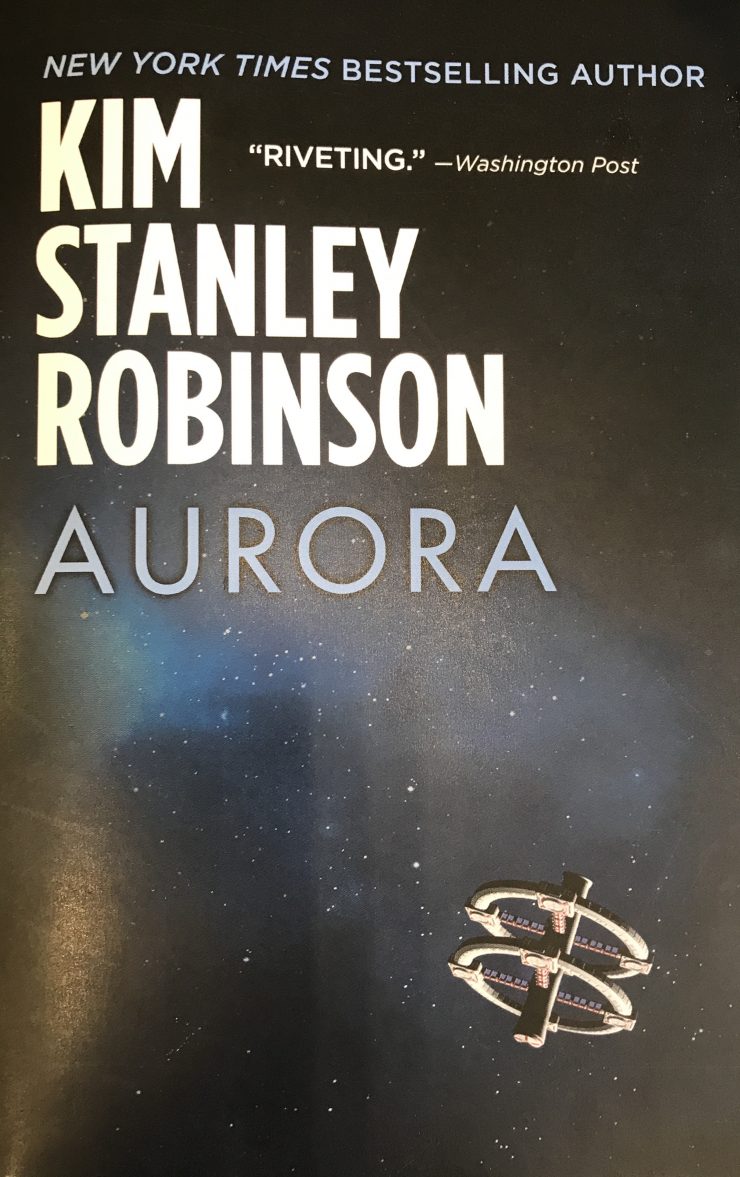 An artificial intelligence that controls an interstellar colony ship narrates the history of its inhabitants as it moves toward its new home in the Tau Ceti system.

Aurora has some really uneven pacing when it comes to the writing. There were extremely slow moments, like when Freya goes on her wandering journey, while other parts of the book finished quickly.

The artificial intelligence controlling the generational ship, known simply as Ship, records and narrates the history of its inhabitants usually through the eyes of Freya, the daughter of the lead engineer Devi.

As Ship records the history of the humans onboard, it gradually becomes self-aware. Meanwhile, the generational ship is breaking apart around them, and they’re forced to make some difficult decisions.

Devi is the Ship’s lead engineer. Her daughter is Freya, whose perspective the Ship adopts for the narrative history that it’s recording for posterity.

Then there’s Ship, the artificial intelligence who is the narrator of the story.

The story takes place on the generational ship, referred to simply as Ship.

Aurora is an excellent exploration and treatment of what would go on during a generational ship’s journey. Robinson uses the plot as an opportunity to explain numerous science and physics concepts that many authors would ignore or just gloss over.

For instance, Robinson goes over the use of the slingshot to slow down and the presence of neutrons and their collisions in the water tanks that cause detectors to go off. The slingshot maneuver is important to the story, but I’m not sure if going over subatomic particle interaction is crucial to the story. Other interesting concepts that are explored and explained are time lag, deceleration, and even the meaning of life after the disaster on Aurora.

Still, the use of an artificial intelligence as a narrator is clever in that we don’t quite know what would catch that narrator’s interest. Perhaps the actions of humans are so boring that the detection of a neutron colliding with another particle in a water tank is fascinating. Or perhaps something as mundane as making coffee piques the Ship’s interests, whereas a human would dismiss the casual, everyday act from notice and memory.

The most interesting aspect of the story is that we’re along for the ride with Ship, the artificial intelligence, as it learns about humanity. And as Ship observes and thinks about about people, it starts to learn about itself and become self-aware. Ship starts to question language, consciousness, and existence as it observes the humans onboard the generational ship.

The discussions of what constitutes life, consciousness, or intelligence are prevalent throughout the book. These musings can sometimes feel redundant. But I can see why Ship would find returning to these concepts interesting. After all, it’s trying to find its place in the universe, much like humans are trying to find a place among the stars.

Even some new age ideas are explored, like the idea the idea of stars having a consciousness and that stars have a language of sorts. But all of these may just be the musings of an artificial intelligence that’s searching for meaning.

There’s almost two stories here: the coming into being for Ship and the story of Freya and the humans. As I read, I think I started to care less for the people and more about Ship. After all, a generational ship might see the passing of thousands of humans that readers will never know. Even Freya, if not for the freezing, would be a footnote in the history that Ship records.

The portrait of humanity that Robinson paints isn’t very bright. The infighting, the revelation about the fate of the sister ship, and the humans on Earth all paint a bleak future for humanity.

But how depressing can this humanity be if humanity can create an intelligence like Ship? The artificial intelligence appears to genuinely care about the wellbeing of people. It definitely has opportunities to seize control and become an oppressor, but it doesn’t do so even though it has a history of all the times humans destroy themselves. This is a nice change of pace from science fiction stories where artificial intelligences end up enslaving or destroying people.

I’m a bit uncertain about how to feel about the conclusion. I know that books don’t necessarily need to have a happy ending, but I was hoping that such a long story would leave me more content. Still, I’d recommend this book to anyone who’s looking for a book about generational ships and the realistic struggles these people encounter on a day-to-day basis. The artificial intelligence is a bonus, adding another layer of depth into a great science fiction story. 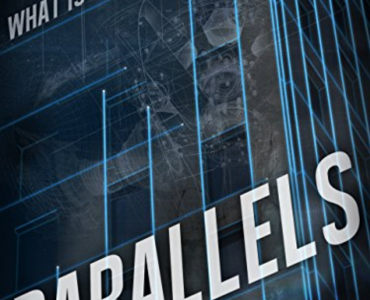