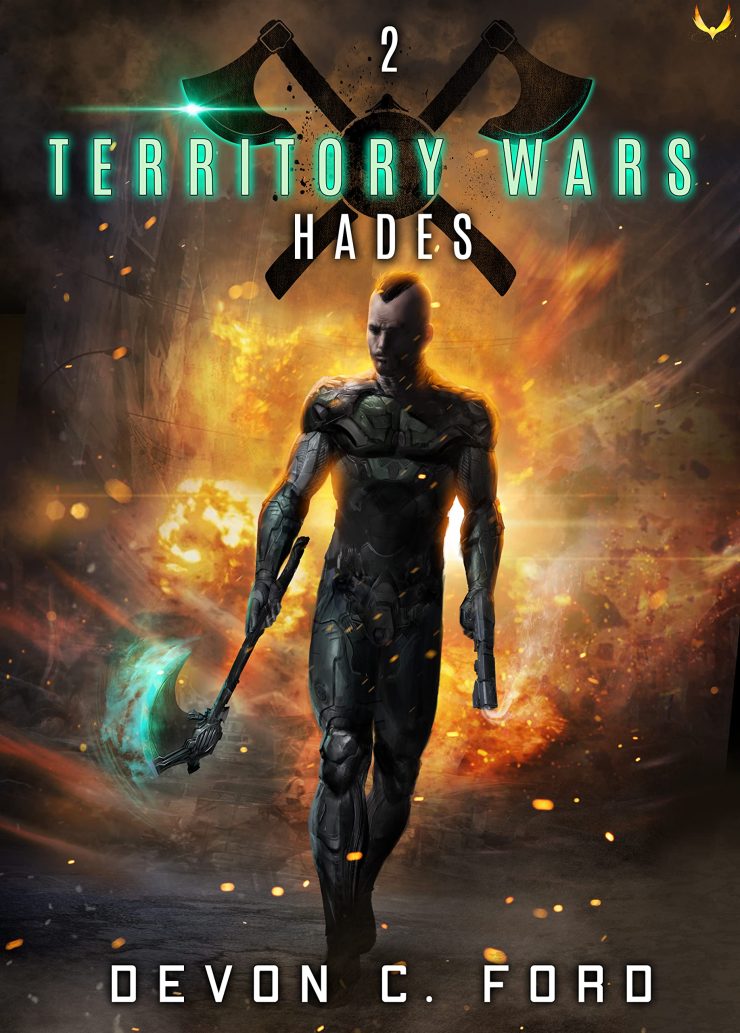 Barton goes through selection for Special Operations while his old team need to protect a politician whose goal is to convince a breakaway system to work with the Combined States instead of the NRC.

Devon C. Ford’s Hades continues that deadly rivalry between the protagonist Barton and his nemesis Komarov, and the intense hatred Komarov harbors for Barton drives both the antagonist’s motivation and the story forward. The highlight of the story is the rivalry between the two special forces members, or more precisely, the one-sided hatred Komarov holds for Barton and his team.

The conflict between Komarov and Barton can be seen as a proxy fight for the larger conflict between the Combined States and the New Russian Confederacy. Komarov’s singular focus on vengeance blinds him to the larger goals of the NRC, so it’s no surprise that his failures are reflected also in the failures of the NRC operations.

The plot of the story is fine with periods of slow action and character building through Barton’s selection for the Special Operations Group. That selection process is interrupted with Barton’s old team’s mission to protect a political representative for the Combined States.

The story reads a bit slower than the first book as a result. The mystery of the substance in the previous book is hardly mentioned, and the conflict between the CS and NRC military is condensed toward the last parts of the book instead of being spread throughout the story. This makes the book a bit heavy toward the end, with a longer and slower buildup as Barton progresses through his trials.

The new characters Barton meets during his selection process are not really engaging, with perhaps the exception of West, a female officer and candidate for the Special Operations Group training.

West’s character is cold at the onset of the story, but she slowly warms up to Barton and the readers as her character background and motivations are developed. While she doesn’t really play a major role in this story, her development and relationship to Barton promises a more important role in the next book.

The plot of the story feels a bit weak with a strategically important system declaring independence and searching for an alliance or deal with either the Combined States or the New Russian Republic. This premise sets up the conflict between the CS and the NRC militaries as each side maneuvers to capture the colony’s allegiance.

This maneuvering is illustrated through both individual and fleet battles in space. While the fleet battles are glossed over a bit, the ship battles between the CS and NRC are engaging, with strategies that are creative and interesting.

The mysterious substance, the Scourge, discovered and fought over in the previous book doesn’t play a major role in this story, earning perhaps a few chapters of relevant discussion. The lack of information is a bit disappointing, but the brief discussions do promise a more important role in later books.

Overall, Hades by Devon C. Ford pauses the story about the Scourge in order to more fully develop and explain the larger conflict between the two opposing human factions in the galaxy. This conflict is mirrored through Komarov’s personal vendetta that only seems to grow as the story progresses, and the battle scenes between these two factions are intense and enjoyable.

Read reviews of other military science fiction works below.