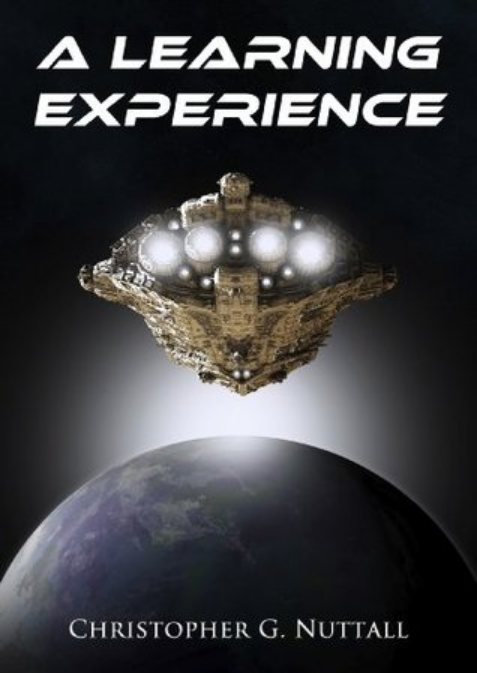 A Learning Experience by Christopher G. Nuttall is a universe-building story that starts at the very beginning instead of dropping readers into a mature universe. As such, readers who enjoy being right at the beginning of humanity’s entrance into the hostile universe will likely enjoy this series.

Still, the story manages to capture that feeling many people have at some point about starting their own club, nation, or even empire. The idea of building a utopian society is fun to imagine, and for a protagonist like Steve, it’s a libertarian’s dream come true. What’s good about this story is that Steve’s new nation isn’t all rainbows and unicorns. There are problems that arise from having a nation in space and an Earth that is still divided, and the book makes no effort in hiding such problems.

Because A Learning Experience starts at the beginning with the human capture of an old alien spaceship, this first book can feel a little sluggish at times because of the build-up to the establishment of humanity outside of the planet. The conclusion of the novel culminates in an exciting battle that becomes a catalyst that propels technological advancement, exploration, and expansion.

The pacing of the story can feel a little disjointed considering its slow and gradual buildup and its later fast-forwarding in time. Maybe branching out of the solar system and going to other planets or exploration would make the storytelling more seamless.

However sluggish parts of the story may be, the exciting parts like space battles, are well worth the patience. Since humans have access to what are supposedly older ships, space battles are more about strategy than outright brute force. This aspect gives the story a more tactical feel rather than the slug fests that some military science fiction storytellers tend to rely on for action.

A Learning Experience by Christopher G. Nuttall is a good foundation for what promises to be an interesting series about humanity’s foray into an unforgiving universe. Many questions are raised by this first book about what will happen to the Solar Union, Earth, and the major powers that are simply referred to as the Galactics.