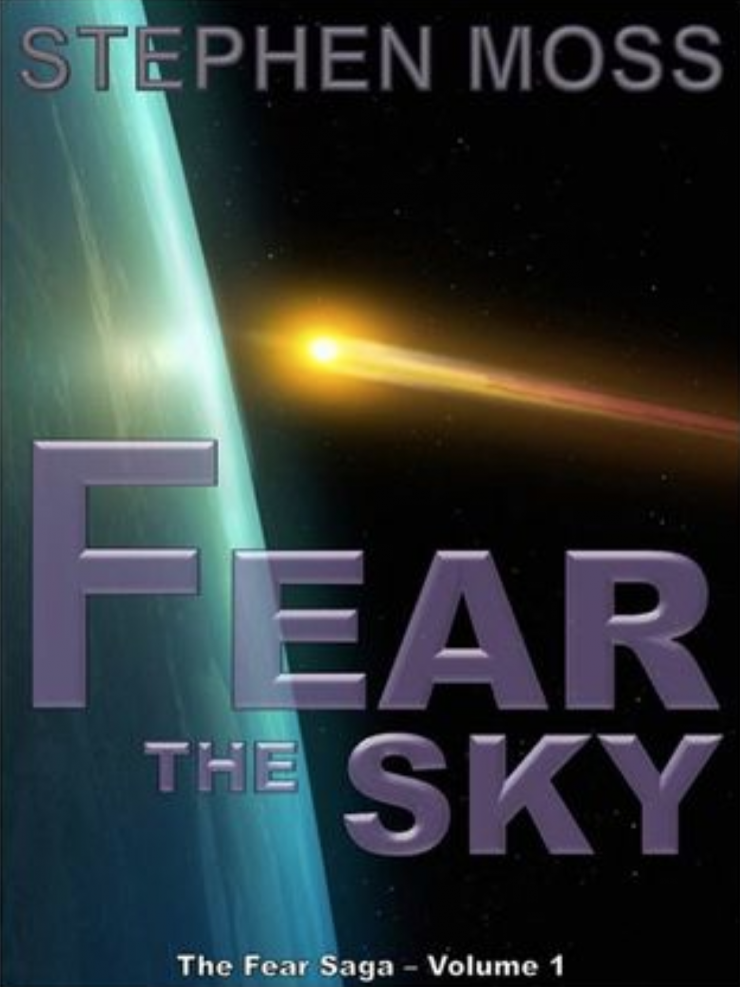 Fear the Sky (The Fear Saga Book 1) by Stephen Moss

An advanced alien species wants to wipe out humanity and take over the planet Earth for itself. To prepare for the invasion, the aliens send an advanced group of human-looking agents to infiltrate Earth governments and eventually cause destruction.

Fear the Sky is a story that not only thrills readers with an exciting science fiction plot, but it also delivers the sense of fear and dread that its title commands.

This first book of The Fear Saga establishes a fantastic foundation for the next two books that promise to be just as exciting, if not more so, than this one.

An advanced alien species is on its way to take over Earth. Before their arrival in the next eleven years, they send a small group of agents made to look like humans to infiltrate the various governments and to prepare to take over the world.

The story takes place at various points on Earth, with the United States, China, and the Middle East being areas of focus.

Stephen Moss writes a great alien invasion story in Fear the Sky. I have to admit that I didn’t really have high expectations going into the story. The title is fairly generic and doesn’t reveal much. And the cover (I know, I know) doesn’t inspire much excitement or awe.

I’m happy to say that I’m glad my initial impressions of the book are wrong. Not only did I enjoy the story, but it also made me look forward to the next books in the saga.

The one aspect about the story that could use some work is the grammar. Here, Moss could really use an editor to clean up some of the prose and make the writing flow better. Some passages are fine, but the writing is just a little clunky—many readers can probably get past this by listening to an audiobook (if there’s an audiobook version) instead of reading the story.

Still, the story is done really well, and the story reads almost like a science fiction spy vs. spy story. Reading the story, I couldn’t help but wonder whether or not some of plot elements, like antagonizing various terrorist groups in the Middle East, could actually work. I suppose that’s what makes the story scary: some of the scenarios seem realistic enough to be true.

While the writing is weak and detracts in some areas, the story itself is great. There’s a David and Goliath element to this story (as well as most alien invasion stories, I imagine) that keeps readers engaged and wondering how humans will prevail. Add to monumental task of survival the fact that the conclusion of the first book doesn’t necessarily entail the end of the invasion, and readers can’t help but wonder what’ll happen next.

What I’d like to learn more about are the motives of the aliens. Given their technological superiority, why invade Earth? There must be any number of empty planets in the galaxy that they can inhabit or exploit for resources. The motives provided in the book are a little weak in that regard.

Overall, I’d recommend Fear the Sky by Stephen Moss if you’re looking for a solid alien invasion trilogy. This story elements of alien invasions that we all love from shows like Falling Skies: resistance against a vastly superior force, survival, awe-inspiring technology, and, well, aliens. If you’re the type of reader who can’t get past stylistic and grammar issues, then go for the audiobook instead.