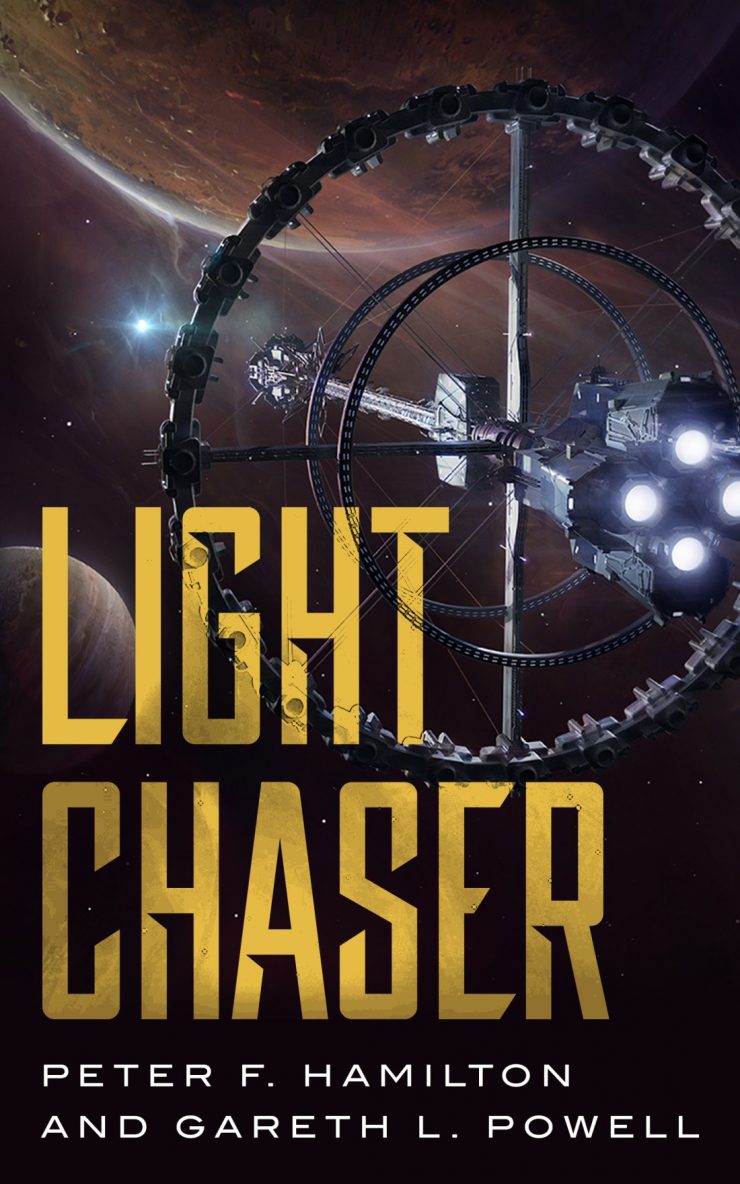 Amahle is a Light Chaser, someone who travels the universe to collect life stories, but one story she collects exposes a heinous plot and reminds her of her true purpose.

Light Chaser by Peter F. Hamilton and Gareth L. Powell takes has as its premise ideas perhaps originating from New Age beliefs about reincarnation. The short story explores an idea about reincarnation and reinforces an inherent desire for freedom that burns within humanity.

Amahle is an explorer who travels from planet to planet in a ship that is almost faster than light, yet despite its speed, it still takes her years to travel from planet to planet. Her only companion is a sentient artificial intelligence that takes care of her health and necessities, making her almost immortal.

On the surface, Amahle’s life seems great—she gets to travel the stars, have a comfortable life, and she gets to play god to human civilizations that are on par with Medieval Europe. In return for this life, she’s expected to collect memory collars, devices that record the lifetimes of their users. It’s the purpose of these memory collars that reveal the antagonists in this story.

When I was younger, one of my favorite anime shorts was a story called Voices of a Distant Star. In the story, two close friends diverge from their friendship after middle school: one to the military to fight an alien species far away in the galaxy and the other to remain behind. Even though they are separated, they continue to send each other messages. As the military expedition force moves farther away, so too does the time between responses.

Communication between Amahle and her fated partner, Carloman, share a similar obstacle in the story, only their messages occur between unwitting messengers who wear a memory collar. This one-way communication happens across centuries, perhaps even millennia, as Carloman attempts to reach Amahle through the ages from different incarnations.

The jumps between reincarnations, often represented by the stories contained within the memory collars, can be a little disconcerting, if not confusing. But these stories connect throughout time the love that Carloman has for Amahle.

The story’s use of reincarnation as a plot device is an interesting choice. Whereas humanity loses its ability to remember previous incarnations, Carloman and a small group of others have managed to retain their memories, and through their incarnations, identify an evil group of aliens who are feasting on human experiences. This plot is reminiscent of Robert Monroe’s Far Journeys, a book where he discusses a phenomenon whereby aliens are “farming” humans for their energy.

The conclusion to the story isn’t very exciting, and the use of a deus ex machina—the strangelet—to confront the mechanism used by the Exalted feels too convenient, depriving readers of a showdown that could have been interesting in terms of a final battle.

In fact, the one battle that takes place between Amahle, her ship, and another station is well written and quite fascinating as it depicts the last thought of an artificial intelligence as it fades.

Light Chaser by Peter F. Hamilton and Gareth L. Powell is a short and interesting book that explores the concept of reincarnation in a science fiction setting. It’s not every day that science fiction writers incorporate reincarnation—perhaps the closest analog is clones. But these writers manage to use the device in such a way as to create an engaging story.