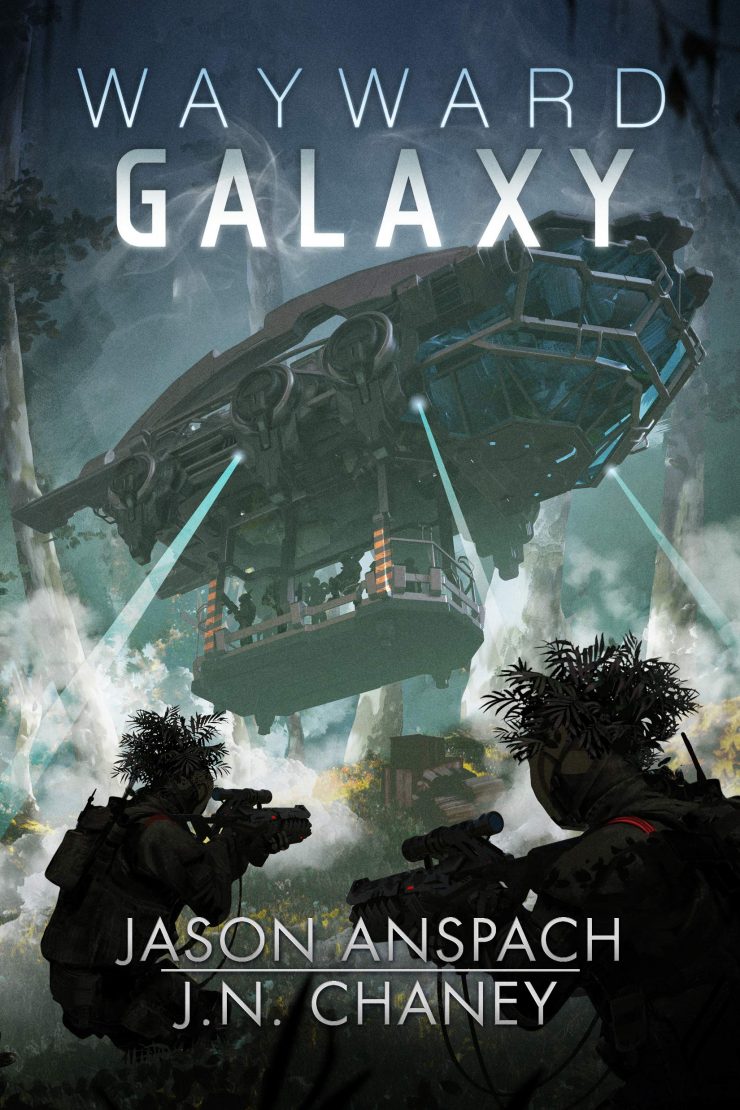 Wayward Galaxy by Jason Anspach and J. N. Chaney delivers much of the similar exciting action scenes found in other books and series written by the authors. Their collaboration on this new series finds a group of Army Rangers and colonists awaking from a cryogenic sleep, or cryosleep, only to discover a terrifying consequence of their journey.

As with many military science fiction stories, the villains are based on some extreme variation of communist or dictatorial governments like Russia or China. In Wayward Galaxy, both states are joined in what is known as the Russo-Chinese Pacific Alliance, or RUPAC. And the RUPAC are portrayed as ruthless and inhumane, amplifying the threat that the antagonists pose to the heroes of the story.

Jared Reach, the protagonist, finds himself in charge of a group of Army Rangers even though he is supposed to be the civilian leader of the group of colonists. During his cryosleep, the artificial intelligence in charge of the colony ship modifies Reach, giving him some amazing abilities and allowing him to easily take charge of the soldiers on the mission.

Several mysteries are intertwined in the main story that finds the colonists pitted against elements of the RUPAC upon their awakening. What happened to the ship in transit? What happened to Reach in his cryosleep tube? Why are the inhabitants of the planet in the condition that they’re in? These questions, and other related mysteries, keep readers engaged and wanting to learn more. But not all questions are answered in this first book.

Unlike other military science fiction stories, the artificial intelligence in Wayward Galaxy have a more direct role in the story. Rather than being confined to a ship or a company, these AIs have a more devastating role in the story and the combat. The devastation that they bring to the combat scenes does tend to make the battles a bit one-sided, but the enemy does seem to have a fairly effective counteractive strategy that sort of levels the playing field.

What little information is revealed about the flora and fauna in the story is enough to demonstrate to readers that while the planet is hospitable, it’s not exactly a vacation spot. The dangers that the animals pose, along with the constant attacks from the RUPAC, seems enough to inhibit human population growth, yet humans seem to be thriving.

While the authors provide a sort of reasoning for human survivability, that reason does feel like a bit of a stretch considering how lives are so fragile without the aid of advanced technology.