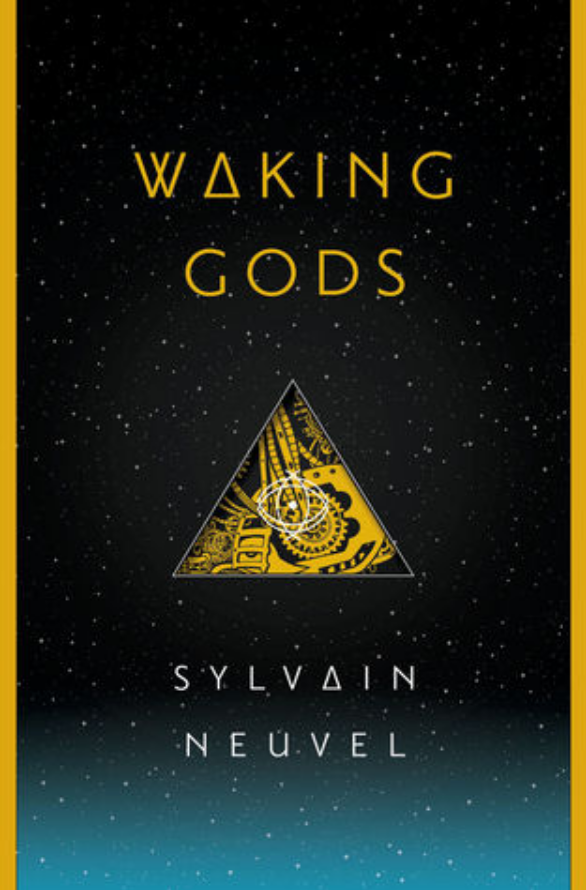 Rose Franklin continues her research on the giant robot and getting it to work when another one appears one day and attacks the planet.

Waking Gods by Sylvain Neuvel is an intriguing science fiction story centered around a strange gigantic robot and a mysterious character who seems to have connections and power around the world.

Readers who enjoyed the first book, which does a great job of establishing a foundation for the rest of the series, will find that Waking Gods amplifies the mystery and introduces a cataclysmic event that tests the disparate nations of humanity. What Neuvel manages to do well, for the most part, is keep the pacing of the story just at the right speed so as not to overly bore readers with long expositional passages.

The result is that the story is one major event or discovery after another peppered with short, revealing answers delivered by the mysterious, seemingly omnipresent character who seems to know more than he’s revealing.

The two mysteries, obviously interconnected, are interesting enough, and the discoveries made by Rose and her team regarding the giant robot are exciting. The idea of a robot may seem a bit unconventional, but it’s still a fun exploration that is often disregarded in favor of aerial units.

In a way, Waking Gods is an allegory for the disclosure or discovery of a UFO. How will nations and peoples react if an enormous UFO crashed upon entry into Earth’s atmosphere and parts of it were spread around the world? The reaction of the countries in the story appear fairly realistic in that militaries would still see their fellow man as more of a threat than the alien craft and its visitors.

The story has some familiar elements of the story and mystery of the Knights Templar. One legend surrounding the Templars is that secreted away the Holy Grail before their demise and dissolution. The mysterious, omnipresent character has that same air of secrecy and intrigue surrounding him, with the Holy Grail being the completed and functioning robot.

One slightly annoying aspect is the condescending attitude of the mysterious character who not only appears everywhere, but seems to know more than he’s letting on. As the story progresses, more of his story is revealed, finally putting to rest his mystery and the origins of the robot.

But the conclusion of one character’s mystery results in the appearance of another larger threat that expands the scope of the story from Earth to the galaxy. That shouldn’t be a surprise for most readers considering the heavy foreshadowing of the origins of the robot.

Waking Gods is a great sequel to Sleeping Giants. The title reveals a lot about the story and the lopsided conflict that humanity will find itself embroiled in amongst the other, now seemingly petty, conflicts with other nations. The science fiction element is further emphasized and explored, leading to what promises to be an even more exciting sequel.

Read a review of Sleeping Giants, Book 1 of Themis Files by Sylvain Neuvel. 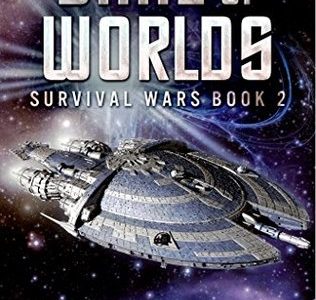 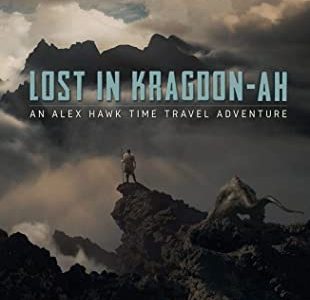