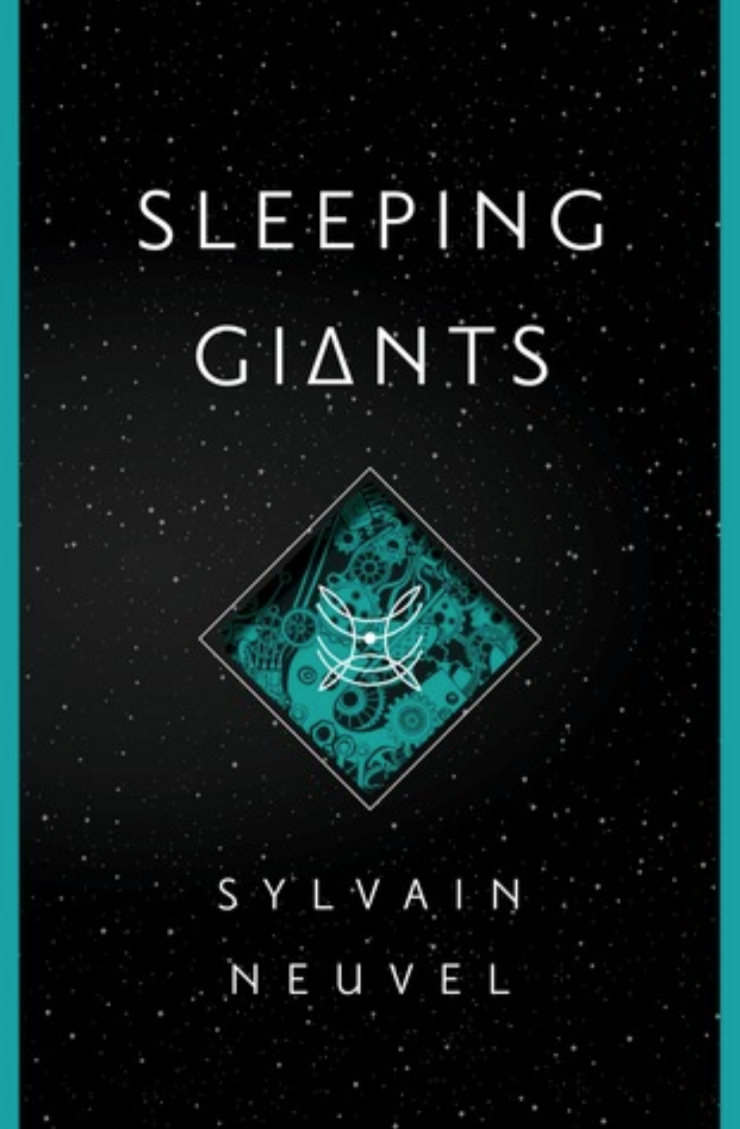 Rose, Vincent, and a team of scientists are trying to discover the secret behind a technologically complex giant metal hand that is thousands of years old.

I really enjoyed Sleeping Giants by Sylvain Neuvel. This first book doesn’t quite answer the questions I had hoped it’d answer about the ancient giant machines, but it does set up an interesting story for the next few books in the Themis Files series.

Rose falls down a hole and discovers a giant metal hand when she’s a teenager. She returns as a physicist almost two decades later to try to discover the secret behind the hand. She’s helped (or hindered) by a mysterious person who appears to have answers and connections to powerful people.

Rose and Vincent are the two main characters in the story. A mysterious character, seemingly with connections to powerful figures around the world seems to influence decisions about the giants.

The story takes place on Earth.

I really enjoyed the story—Neuvel does a referencing some mythology and folklore from our culture and then giving it a science fiction twist. Giants existed not only in the Bible (David and Goliath), but they existed in the lore of various cultures around the world as well (Vikings, Native Americans, and the British all have stories involving giants).

So Sleeping Giants is fun in that it provides a creative explanation for the myths: why not giant alien robots? After all, these robots (or the people who created them) provide just as plausible an explanation as any religious explanation for what our earliest ancestors saw.

While I enjoyed the story, I’m not so sure about the dialogue format. Having files instead of chapters is a nice change, but there are sections, especially involving the mystery man, that are starving for some kind of narration or exposition. The interviews become tiring at times, and I Just wanted a break from it. There’s only so much that characters with limited perspectives can reveal without ruining the plot.

That said, the story was interesting. It became obvious early on how the story would progress—Rose falls into a giant hand. It follows that the rest of the body is somewhere. What’s fascinating is that the giant robot is humanoid. What are the chances? And if the robot is humanoid (arms, legs, hands, feet, etc.), then what does that say about human origins and history?

What’s also fascinating is the presence of the mysterious man. He seems to have a lot of answers and power to influence decisions and actions.

The shape of the robot, the advanced technology behind it, and the mystery of the man all add up to a really interesting science fiction story about humanity’s place in the galaxy. In fact, these questions are more interesting to consider than the more down-to-earth attempts of the military to piece together the giant and learn of its secrets.

Sleeping Giants, the first book of the Themis Files by Sylvain Neuvel sets up the foundation for a really interesting story in the sequels. If the next book follows through with providing answers about the robot and the civilization behind it, then the series will be that much more interesting. I look forward to the next books.