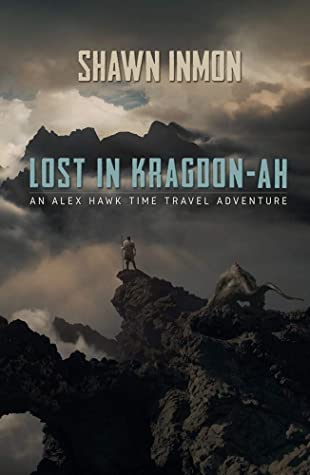 Alex has to travel the wide and dangerous world of Kragdon-ah in order to rescue the girl savior spoken of in prophecies.

Lost in Kragdon-ah by Shawn Inmon continues Alex’s wild adventure in a post-apocalyptic far future where all technology is prohibited. The story picks up directly after the conclusion of the exciting first book, and it much like the first book, perhaps more so, the pacing and action doesn’t slow down even to the conclusion.

The result of Alex’s quest to rescue the Chosen One is that Kragdon-ah becomes a much more interesting place. It’s still filled with the dangers of dire wolves, bears, giant scorpions, and other manner of deadly beasts big and small, but presence of other peoples, cultures, and villages gives readers a sense of the inevitable march of human progress despite the apocalyptic setback.

And like the first book, the pacing of the story is quick and engaging, making the story seem a lot shorter than its 400 or so pages. There was no question that Alex was going to face certain obstacles throughout the story, but there was a sense of an epic Greek Homeric journey prevalent through the story structure as Alex moves through one dangerous encounter to another.

In fact, it’s this hopping from one encounter to another that makes the story a bit tiring. There’s a bit of a respite about halfway through the book—a sort of intermission—that provides a much needed break from the constant tension, but not much is made of the spiritual men except for adding to the sense of mystery that is the world of Kragdon-ah.

Many more questions are raised about spirituality because of Alex’s encounters with the holy men who live high in the mountains and with the Chosen One. But for this book at least, those questions remain unanswered.

Alex’s encounter with the “final boss” of the story leaves a lot to be desired. After all, no matter how dangerous the leader is, he’s still human at the end, and being human, he suffers the same flaws inherent in any man or woman. The whole story builds up to this encounter, yet the encounter falls a bit short of expectation.

Lost in Kragdon-ah by Shawn Inmon is a fantastic sequel to the first book in the series, and the conclusion shouldn’t surprise anyone who reads a lot or understands literature. But the conclusion does leave room for more growth and exploration of that strange future that Alex finds himself in.

Read reviews of other time travel science fiction books below.