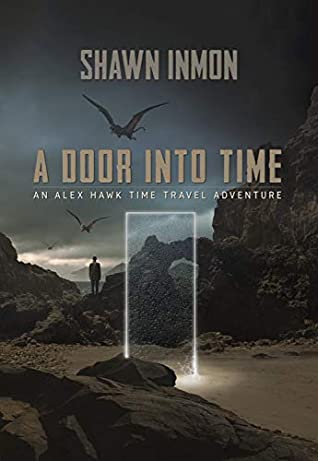 Alex Hawk steps through a portal and into a savage landscape filled with terrible monsters and unknown dangers.

A Door Into Time Review

A Door Into Time by Shawn Inmon tells an exciting story about a former soldier named Alex who steps through a portal and into a whole new world filled with dangers around every corner. While the story itself is categorized as science fiction, there’s not much science fiction in the book outside of the mechanism for time travel.

In fact, much like Stephen King’s 11/22/63 novel, the time travel mechanism is more of a means to an end—it serves only to move the story forward. That’s it. There’s no explanation, no hypotheses, or no attempt to understand its existence.

Instead, the story has more of a post-apocalyptic and survival feel. Alex finds himself in a very strange place a few steps away from his basement, and this place is filled with exotic and awe-inspiring dangers that are reminiscent of the emotions audiences first experienced in Jurassic Park.

Inmon’s writing style is engaging and exciting, and the story progression doesn’t get too hung up on explaining why something is happening or how something is happening. Rather, like the protagonist, readers have to go along with the flow, learning about the world as they, and Alex, go along.

Obviously, there are some questions that are raised, like when and where Alex is. And the biggest question is: what happened to the planet and the people? There are a few tantalizing clues throughout the story—the legends of the ancestors and a large bird, the size of the people and the animals, and the rejection of technology—that hint as to the events that led to the current world. But these clues are not expanded upon in this first book.

What makes A Door Into Time unique and a bit different from other time travel stories is that Alex goes into this strange world without the accoutrements of the modern world, save for the very beginning. He’s left only with his wits and experience. Providing Alex with a military background gives the writer more flexibility in writing a survival story and allowing Alex to survive. Of course, doing so also foreshadows a need for Alex’s military experience.

While the major conflict for the story doesn’t come as a surprise given the stigma surrounding technology, the catalyst for the conflict is a bit surprising and promises even more events in subsequent stories.

A Door Into Time by Shawn Inmon is a well-written and exciting survival story taking place in a post-apocalyptic future where large, terrifying creatures exist alongside small tribes of humanity struggling to survive. There’s plenty of action and suspense, and readers are invited to learn about and understand the world that Alex finds himself in.