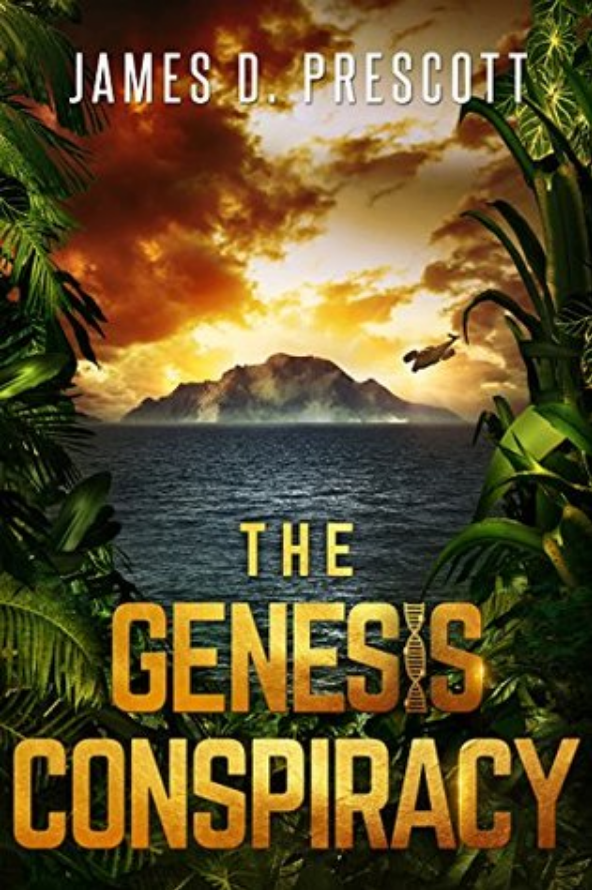 A virus is unleashed from an ancient body discovered in the Pyrenees. The virus ravages humanity. A group of scientists is sent back in time to retrieve a vaccine, but other forces with different motives have other ideas.

The Genesis Conspiracy by James D. Prescott is a fun book that weaves together some fun science fiction concepts like time travel and the grandfather paradox with the Atlantis mythos.

It’s the mid-twentieth century, and an ancient frozen body is discovered in the Pyrenees. Research into the body unleashes an ancient and deadly virus that ravages humanity. A group of scientists is sent back in time in order to retrieve a vaccine or cure to stop the global pandemic.

Dr. Anders is an archaeologist searching for the lost city of Atlantis. Binh Nguyen is his best friend and second mate on the research vessel.

Dr. Anders is supported by a team of well-respected scientists and a group of mercenaries.

The story takes place in the region surrounding the Mediterranean Sea.

Anyone who has read about the various myths surrounding Atlantis can’t help but wonder what the discovery of such a city would entail for humanity.

For me, Atlantis became more real when I read about the discovery of Troy, a city that was once believed to have been a fictional aspect of Homer’s Odyssey. If Troy was real, then maybe it’s possible that other cities in Greek works, including Atlantis, were real as well. It didn’t help that much later I read a few books about Edgar Cayce that reignited my imagination.

The Genesis Conspiracy isn’t really a book about Atlantis. Rather, it’s a mystery thriller set in a science fiction world built around one man’s search for Atlantis. The story itself is well written, and the ideas in the book are grounded in reality: the discovery of an ancient virus, the myth of Atlantis, and the discovery of complex mechanical items in ancient times are all plausible, making the story that much more realistic.

If I had one complaint about the story, it’s the forced addition of the romance. I believe that sometimes, writers feel forced to add some kind of romance into their stories to appeal to wider audiences. That’s how this particular romance feels: artificial. I suppose that adversity brings people closer together, but Binh’s friendship felt more genuine.

Other smaller issues were the hypocrisy displayed by the religious members and the organization. They’re willing to go against their morals and values (not killing, for instance) in order to preserve their own power and influence. While this isn’t necessarily a complaint about the book, it still left me with a sense of resentment regarding the characters. I suppose that speaks to the good writing.

It’s not often you get a Vietnamese person showing up in a science fiction story. I’m not sure how I felt about the character Binh: he’s not really portrayed in a favorable light, but he is a great sidekick. And I did enjoy Anders’ story about their meeting. I did find myself wanting to learn more about the global environment that lead to the rise of the boat people—the politics behind that seem interesting, and perhaps their situation is a harbinger of things to come for our own world.

The conspiracy aspect of the book results from a religious organization’s attempt to stop Khan, the CEO of the company that created the time portal, from usurping world history and possibly preventing the rise of religion. It’s an interesting motive, but it seems like a desperate act from an organization whose influence is waning.