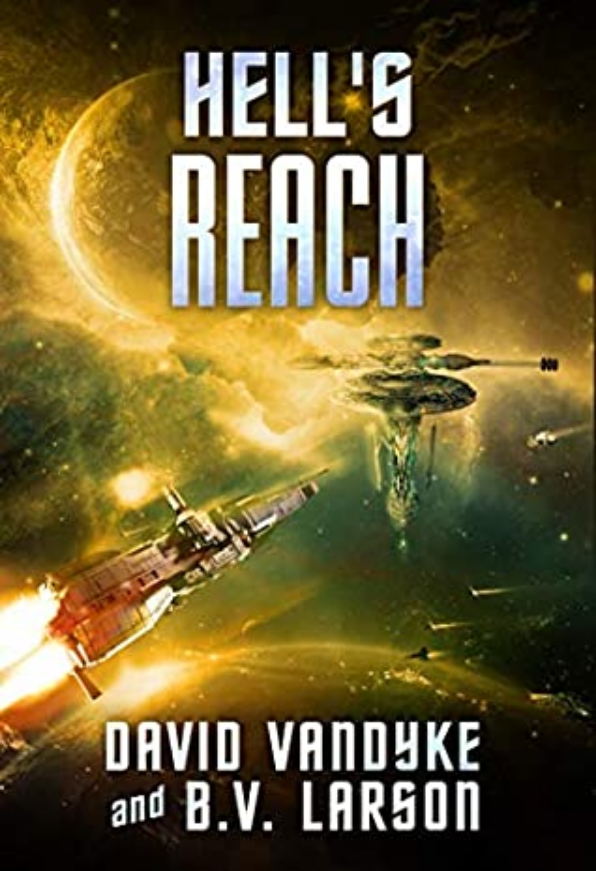 Carla and her crew aboard the SBS Hercules is attacked and kidnapped by pirates. The Breakers launch a rescue mission.

Hell’s Reach by David VanDyke and B. V. Larson is perhaps one of my favorite books in this series thus far. The story has that good mix of space combat, ground combat, mystery, exploration, and character development. In fact, I’d say that this story handles the character development for Jilani, a relatively new character, pretty well.

A group of Korven and Arattak pirates hijack and kidnap Carla and the crew of the SBS Hercules. The Breakers launch a rescue mission into a dangerous nebula known as Hell’s Reach.

Derek Straker, Loco, Jilani, and a few other supporting characters return in to this story.

The story takes place in space, on ground, and in the Hell’s Reach nebula.

Hell’s Reach by David VanDyke and B. V. Larson delivers an exciting adventure story that includes elements of adventure, mystery, discovery, and action. Even better, this story manages to develop a fairly new character, Jilani, and integrate her into the Breakers. This introduction adds a new depth to the story that would otherwise be a little bland.

But my favorite aspect of the story is the sense of exploration in the book when the Breakers search for their friends. In fact, any story where the protagonists visit a new area is going to be exciting since the writers can introduce new and strange aliens.

Not too long into the story, I was reminded of the plot for Enterprise, the Expanse, and the Xindi. That sense of mystery, intrigue, wonder, and discovery in Hell’s Reach was all too similar to the feeling the Expanse evoked in Enterprise.

VanDyke and Larson manage to deliver upon the exciting promise of exploring a new part of the galaxy and everything that exploration entails—new aliens, new mysteries, and new wonders. And the Breakers manage to stumble upon very interesting aliens.

The premise for the series, Galactic Liberation, is further realized in this story, and Strayker’s comments at the end of the novel promise at a resolution to the series. I particularly enjoyed the aspect of the story that involves recruiting allies and friends, especially ones with unique abilities.

This aspect almost has the feel of a role-playing game where protagonists start their journey alone and end up with a group of friends fighting against some larger-than-life boss.

Also refreshing is the toned-down interplay between Zaxby’s arrogance and Strayker’s comments. At this point in the series, their relationship and banter is expected, but I found their constant back-and-forth a bit tiring in previous stories.

Many sequels tend not to be as exciting or tend not to deliver or refresh stories this far into the series. Hell’s Reach by David VanDyke and B. V. Larson manage not only to refresh the Galactic Liberation series, but they do so in a way that doesn’t feel regurgitated even if some of the ideas feel a bit too familiar. The writing is engaging and the story is captivating. Followers of the series won’t be disappointed.

Read reviews of other books written by B. V. Larson and/or David VanDyke. 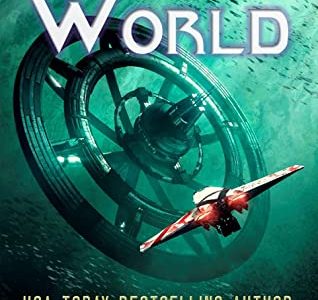