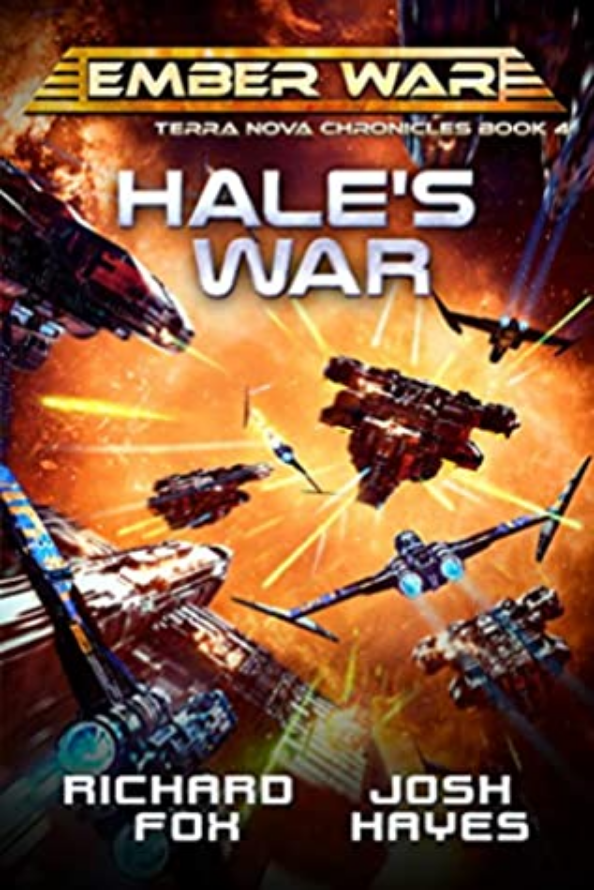 Hale’s War by Richard Fox and Josh Hayes is a fairly satisfying conclusion to a spin-off of the Ember War universe that sees humanity expanding beyond the borders of the Milky Way.

Like its predecessors, the book delivers plenty of fast-paced action and suspense, motivating each turn of the page.

Ken Hale and his small colony of Terra Nova must defend itself against an invasion fleet sent by the Triumvirate to crush the small human colony. Chief Carson rallies allies and rushes to defend the Terra Nova.

Ken and Jared Hale face each other in the Terra Nova invasion. Meanwhile, Chief Kit Carson and her Pathfinders return to this finale. Jena and MAC participate in the defense.

Terra Nova and its residents defend themselves against the invasion by the Triumvirate, Netherguard, and Ultari.

Hale’s War by Richard Fox and Josh Hayes has tons of action, and fans of the action in the Ember War series will continue to enjoy this concluding book in the Terra Nova Chronicles.

As usual, Fox’s writing is easy to read, and the writing style flows and lends itself well to the action scenes. The sense of satisfaction felt by the Jared was almost palpable, if only because I didn’t feel like the Triumvirate made for really interesting antagonists. Wanting to take over the galaxy seems a bit uninspiring for science fiction villains. However, the background information provided in this book does provide a reason for the Triumvirate’s motivations.

While I enjoyed the book, I couldn’t help but think about how senseless a lot of the action scenes were, and as a result, how some of the deaths and action scenes felt just a bit generic. In a way, the use of proxies to fight is similar to the redshirts in Star Trek. If Kirk, Spock, McCoy, and Hudson beam down to an away mission, we all know who’s not coming back.

Consequently there’s a sense of detachment from reading about the deaths of the Netherguard, so some of the battles just didn’t carry the same sense of urgency as the battles in the Ember War Saga, where humanity was on the precipice of extinction.

Still, the overall story is enjoyable. I think my biggest issue with Terra Nova Chronicles is that it’s completely separate from its companion universe: Terra Nova is in another galaxy. Nothing that happens there can affect the events in the Milky Way. That’s not really a criticism of the story though.

What the conclusion of the book (and the series) does suggest is an era (and another spin-off) of exploration and action that has the potential to be interesting so long as it doesn’t involve dragging humans into yet another war.

As much as I do enjoy the action scenes, I found myself sometimes wanting something more from the story. Perhaps some depth, whether to the characters or some philosophical waxing. It’s not until the end when the fighting stops that there’s some room for characters to grow. Who are these people? What are their hopes and dreams? Their fears? We’ve seen these characters in war. I want to see them outside of that.

Hale’s War by Richard Fox and Josh Hayes is a good place to end the Terra Nova Chronicles. At least, it feels like the right place. That says a lot about the structuring of the story. My hope is that any series that develops from the conclusion of the story will allow the characters to develop more fully.

Read reviews of other books in the Ember War universe. 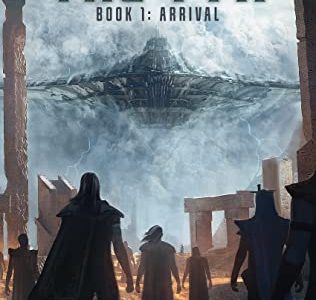 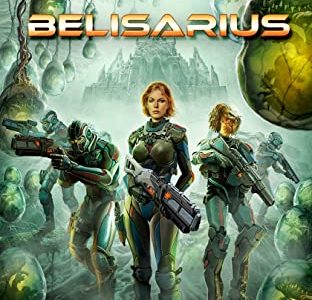