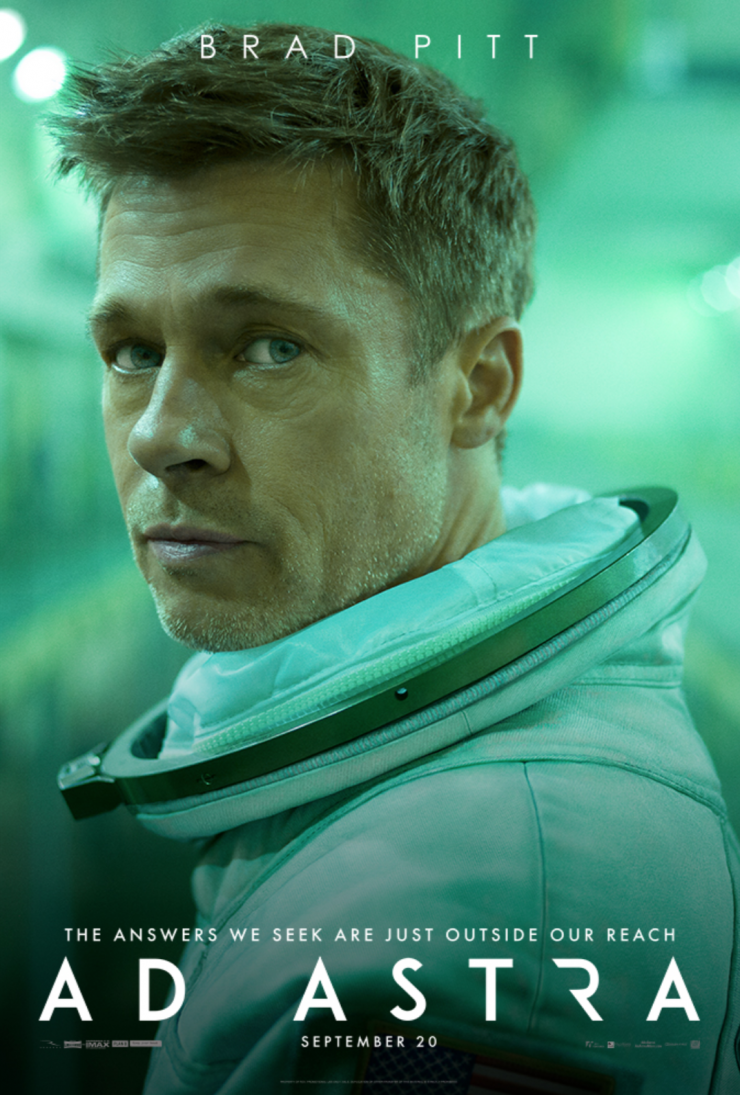 Major Roy McBride is sent to destroy the remains of the Lima Project, which is suspected of causing power outages on Earth. The Lima Project was a vessel sent to the outer solar system in order to search for evidence of intelligent life in the galaxy.

I have mixed feelings about Ad Astra because I was hoping for a science fiction story. Instead, what I got was a well-written story that manages to deliver on character development but fail to succeed when it came to science fiction.

I think a lot of my expectations were based on the title: Ad Astra. The title translates to: “To the Stars,” but the story is more about the development of the human character. That was done well, but the science fiction parts were seriously underwhelming.

Major Roy McBride is sent to destroy the remains of the Lima Project, suspected of causing the power surges throughout the solar system and on Earth. These surges are interfering with the planet’s activities and threatening lives.

Major Roy McBride, the protagonist, is the son of the famous astronaut, H. Clifford McBride.

Clifford McBride is the commander of the Lima Project, a scientific expedition sent to the outer solar system to search for intelligent life. Their last known location is Neptune.

The movie takes place on Earth and a few different planets in the solar system.

Many die-hard science fiction fans are going to be sorely disappointed when they watch this movie expecting science fiction. While science fiction elements make an appearance—space travel, the appearance of an antimatter drive, colonization on the moon and Mars—the heart of this movie is McBride’s coming to terms with the death of his father and his emotional maturity.

The visuals in the movie are done very well. The scenes of the space elevator, the Martian landscape, the futuristic settings, and even the scene with the rovers, are all visually great. But great visuals don’t necessary make for good science fiction—Europa Report (2013) is a good example of a good science fiction story done on a low budget.

Audiences are shown at the beginning of the movie just how detached and objective Roy is throughout his service. I’m not sure what these psychological exams are supposed to accomplish for the audience except to show how far removed Roy is from his emotions—he has no feelings regarding his ex-wife or his father. But he must have been capable of some emotion at some point. He managed to convince someone to marry him, after all.

The conclusion of the movie shows a Roy that is connected to his emotions. Clifford’s failure discover signs of intelligent life serves as the impetus for Roy to value the life that he has, but that seems like a weak motive, seeing as how Roy didn’t give any appearance of caring about alien life.

I think being an astronaut and seeing the Earth from far away would accomplish the same goal of viewing oneself in the context of the universe, and it’s a documented phenomenon with astronauts simply known as the “overview effect.”

What I enjoyed about the movie was the findings of Clifford McBride on the Lima Project. Clifford’s failure motivates Roy to change his behavior. Many science fiction writers would have gone the more obvious route with having an actual discovery, perhaps of an aggressive alien, as a force to motivate change and unity. But Clifford’s discovery, or lack thereof, is a nice surprise, and perhaps one of the more redeeming qualities of the writing.

Other science fiction elements in the story just don’t add up. For instance, I find it difficult to believe that any substantial pirate activity can occur on the moon. The logistical aspect of being a pirate is much more difficult than people would believe. The logistics would be exponentially complex on the moon, where people would have to steal oxygen, food, and water in addition to other valuables. Then they’d have to find a way to trade that stolen cargo to a very limited audience on the moon. Consequently, the rover chase seems superfluous and included to appeal to wider audiences.

Some science fiction elements seem glossed over. For instance, the journey to Neptune passes by so quickly, giving audiences the illusion of the ease of space travel. And using a piece of metal as a barrier was fun and exciting, though I wonder how realistic that is given that each material that hits the shield would slow it down and throw it off course.

Overall, I enjoyed how well the writers developed Roy in the movie, and many science fiction writers can use the character development from this movie as a template for their short stories. But as far as science fiction goes, the premise is interesting and the writing is fine, but the execution of the story is obviously Hollywood catering to a wider audience.