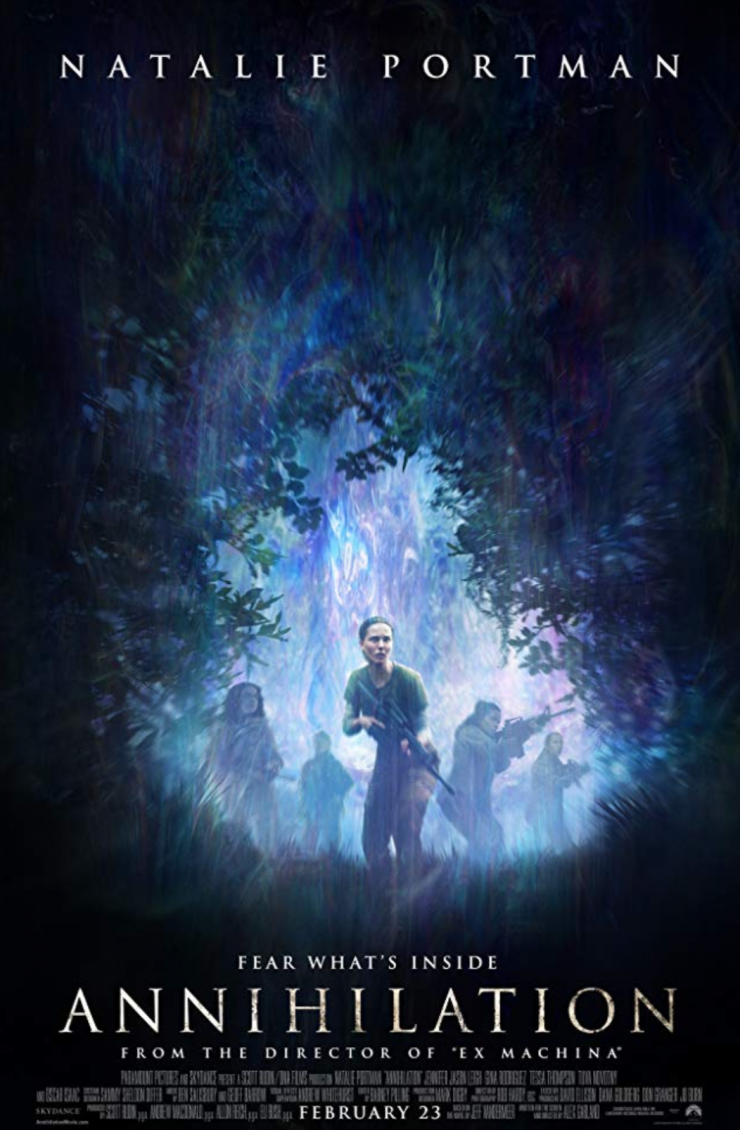 A group of female scientists enter an area known as “The Shimmer” to learn what they can of the strange mutations and of the meteor within.

Annihilation, directed by Alex Garland and starring Natalie Portman, is a fun, science fiction horror mystery that appeals to audiences who generally don’t watch science fiction. The visuals, the strange discoveries, and the intrigue of the cause inspires wonder and imagination, but the progression or story falls a little flat.

A group of female scientists is sent into an area known as “The Shimmer” in order to investigate and learn what they can about the area, the cause, and the missing expedition sent in previously.

The story takes place in an area simply referred to as Area X, where The Shimmer has mutated the entire landscape and everything within.

I haven’t read the books that inspired the movie, but for readers who are interested, Annihilation is based off the novel of the same name by Jeff VanderMeer. It’s the first book of The Southern Reach Trilogy. I’m fairly certain, given the strong story in the movie, that the trilogy is fantastic.

The story suffers from one of the greatest weaknesses of Hollywood movie-making: the need to include numerous action scenes that give the movie wider appeal. Readers of all genres, but especially science fiction, will recognize this need. I’m thinking about the scene with the bear for this movie.

The various obstacles the actors face seem interesting, and each serve to further expand the mystery that is the Shimmer. I find some of the consequences a bit difficult to accept since such changes would likely kill a human, but I suppose I can stretch the imagination to accept some kind of change in the laws of the universe given the mysterious nature of Area X.

Despite the implication of The Shimmer as some kind of malevolent force, the movie does an excellent job of inspiring wonder and the imagination of the audience. Humans are inherently curious. So it’s that desire to answer one of humanity’s greatest questions that propels these scientists into an area that has already consumed others. I find this motivation for the scientists believable.

Other actions taken by the team members seem less likely, like Anya’s actions with the team. And the whole scene with Cass and the bear seem unnecessary, included only to create a sense of horror that doesn’t quite fit with the theme of movie.

The performances were decent even if the motivations for going into the Shimmer were less than altruistic—Dr. Ventress volunteers because she has nothing to lose. I’ve wondered how aliens might view humans based on a first encounter, and the result generally isn’t friendly, considering any alien encounter would likely be with some military force. Similarly, the choice to send in a team of military units probably didn’t help with making a good first impression, especially given the “refraction” that is revealed later. Later revelations about Dr. Ventress and Lena’s guilt don’t really suggest good news either.

Perhaps what really makes the movie decent is that the conclusion of leaves audiences with the possibility of horror and fear. I think the movie would have been better served through the implication of fear and terror rather than the outright application of it through the bear. The ending of the movie does make up for the other weaknesses.

Literature is a reflection of the human experience, both illustrating the best, worst, and everything in between that humanity has to offer. Annihilation is a story about a group of scientists who are fighting their own monsters, and when they descend into the abyss that is the Shimmer, they make some unsettling discovery. For the conclusion alone, I’d recommend science fiction fans watch this movie. And then go out and read the books. 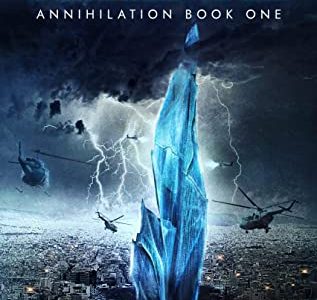