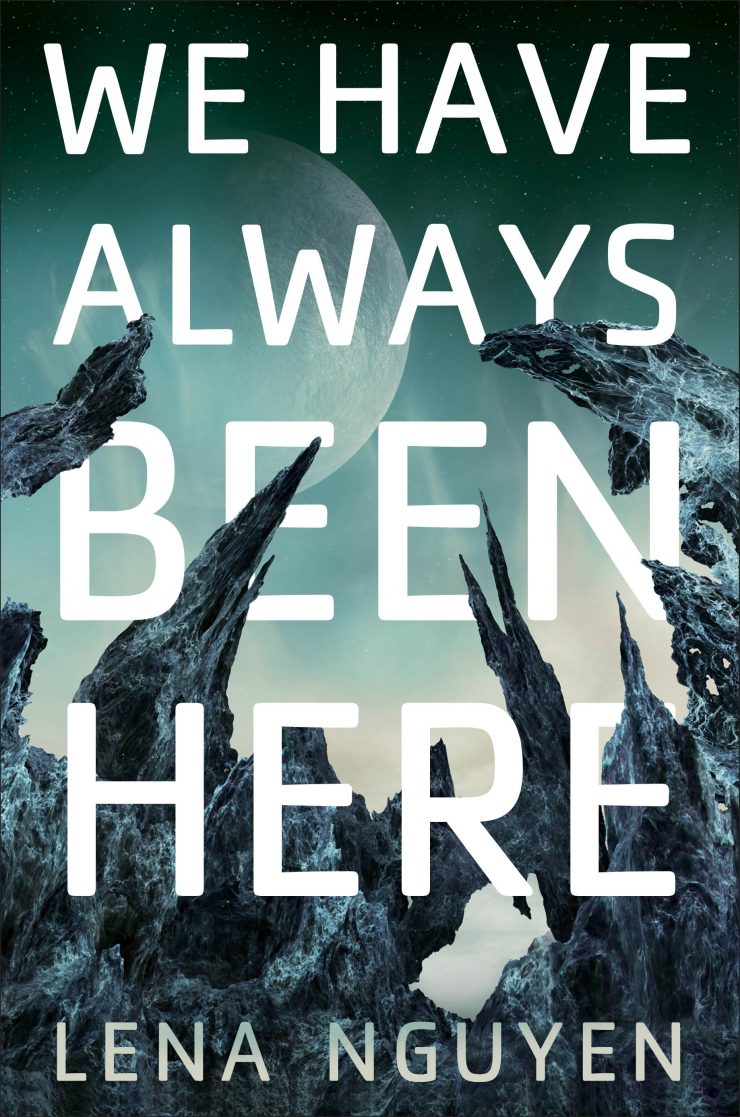 We Have Always Been Here by Lena Nguyen

A psychologist aboard the ship Deucalion with thirteen crew. Isolated from communications and stuck in a storm, she needs to discover what is causing the strange behavior of her crewmates and her androids before everyone succumbs to it.

We Have Always Been Here Review

We Have Always Been Here by Lena Nguyen is a suspenseful psychological science fiction story that starts off slow and requires a lot of patience from its readers, but but that patience is rewarded with an interesting reveal that gives readers a possible insight into the fabric of reality.

Science fiction books that don’t rely on action scenes to propel the story forward instead have to rely on intrigue to engage and command the audience’s attention. This story begins with a small mystery of sabotage, and the protagonist’s investigation leads her downward a spiral of paranoia and conspiracy.

The plot takes its time to get readers up to speed, and as the story progresses in the present time, flashbacks reveal much background information about the psychologist protagonist, Dr. Grace Park. While the flashbacks themselves are fairly linear and dispersed throughout the book, their relationship to Park’s predicament are unclear until the end. The result is that the flashbacks don’t seem to add much to the plot, at least initially, but these flashbacks do explain the motivation for Park and later serve as a plot device.

Park’s alienation from the crew casts her into the role of observer. In fact, her role on the ship is exactly that: to observe and report. It’s this task that alienates her from the crew, and this alienation, combined with deep space travel, unsurprisingly leads to instances of paranoia.

One of the struggles, then, is Park’s own internal struggle with what she knows about the human mind and her own experiences. In short, she needs to apply her academic and professional knowledge to her own personal experiences and feelings, and this is no small task.

Once the story picks up and the purpose of the Deucalion, the ship, is revealed, the story’s intrigue drastically increases because of its exploration of a scientific theory that concerns itself with the very nature of the universe.

The characters in the story aren’t as well developed as the protagonist, and indeed, the androids themselves sometimes have more “character” than the humans, though that may be due to Park’s own bias and preference for androids. That said, it’s difficult to relate or care about the other characters.

We Have Always Been here by Lena Nguyen asks its readers for some patience, but that patience is rewarded with a satisfying reveal that wraps up the mystery and poses some questions to readers about the fabric of reality.

2021 Lena Nguyen We Have Always Been Here