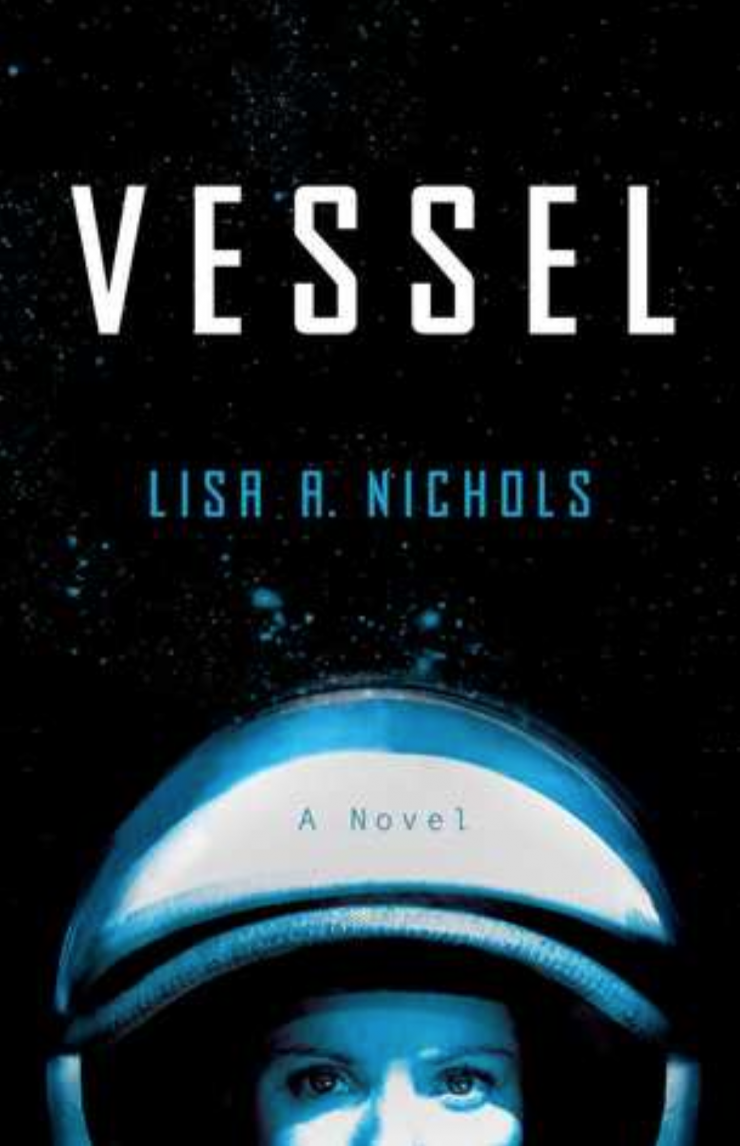 Vessel by Lisa A. Nichols

Catherine Wells returns from an almost decade-long journey from a planet on the other side of a wormhole. Wells has no memory of the events that took place during her mission, and she must regain those memories if she wants to save the crew of the next mission.

Vessel by Lisa A. Nichols is a fun science fiction mystery story that delivers enough intrigue and suspense to keep readers engaged throughout the story.

Catherine Wells is the sole survivor of the Saggitarius mission, and she returns to Earth with amnesia. Wells must discover what took place on the planet beyond the wormhole before the crew of Saggitarius II suffer the same fate as Catherine’s crew.

Catherine Wells is the sole survivor of the ill-fated Saggitarius mission. Cal Morganson is the Flight Activities Officer for the Saggitarius II mission.

The story takes place in and around Johnson Space Center in Texas.

Vessel by Lisa A. Nichols delivers an interesting, and mostly engaging, mystery story about the lone survivor of a NASA mission through a newly-formed wormhole in the solar system.

The lone survivor and protagonist, Catherine Wells, is the star of the story, and she’s stricken with a form of amnesia. I’m not a big fan of amnesia as a plot element—it’s a cliche in mystery stories. However, Nichols manages to make it work adequately in Catherine’s case.

What Nichols does really well in the story is the character development. Readers will sympathize with a protagonist who is wracked with guilt and uncertainty over her survival. And to top it off, she has to reconstruct her relationships with a family who believed she had died on the mission a decade prior.

While the character development is great—there is tension between Catherine and her husband regarding another person. Then there’s that strangeness between Catherine and Aimee, her daughter. Reconciling the memories of a family Catherine leaves behind with the family that has moved on can’t be easy, and I was rooting for her throughout the whole process.

But I’m not sure if all that character development is necessary. David, Catherine’s husband, doesn’t really seem to have a place in the book, and Aimee’s role, though pivotal, isn’t quite necessary either. In fact, Aimee’s later discovery seems almost rushed and unbelievable, given the descriptions of Cal’s eye for detail, a trait that is rendered almost useless with Aimee’s role.

What keeps the story going is that the mystery is engaging. While the reveal isn’t particularly surprising, the conclusion of the story makes the investment into the story worthwhile. Nichols leaves open the possibility of a sequel, though I don’t know if it’d be exciting unless the focus is shifted to the exploration of the planet.

I did enjoy the premise of the story. The writing was fine, and Catherine’s struggles are likely to resonate with many readers. But the story too often felt grounded instead of science fiction, and there were moments where I wondered if I was reading a science fiction story or a story about a woman’s struggle with reconciling her past family with her present one.

Vessel by Lisa A. Nichols shows that adding character development and a more intimate look into characters through emotion can enrich a story, though writers should try not to lose focus on the plot.