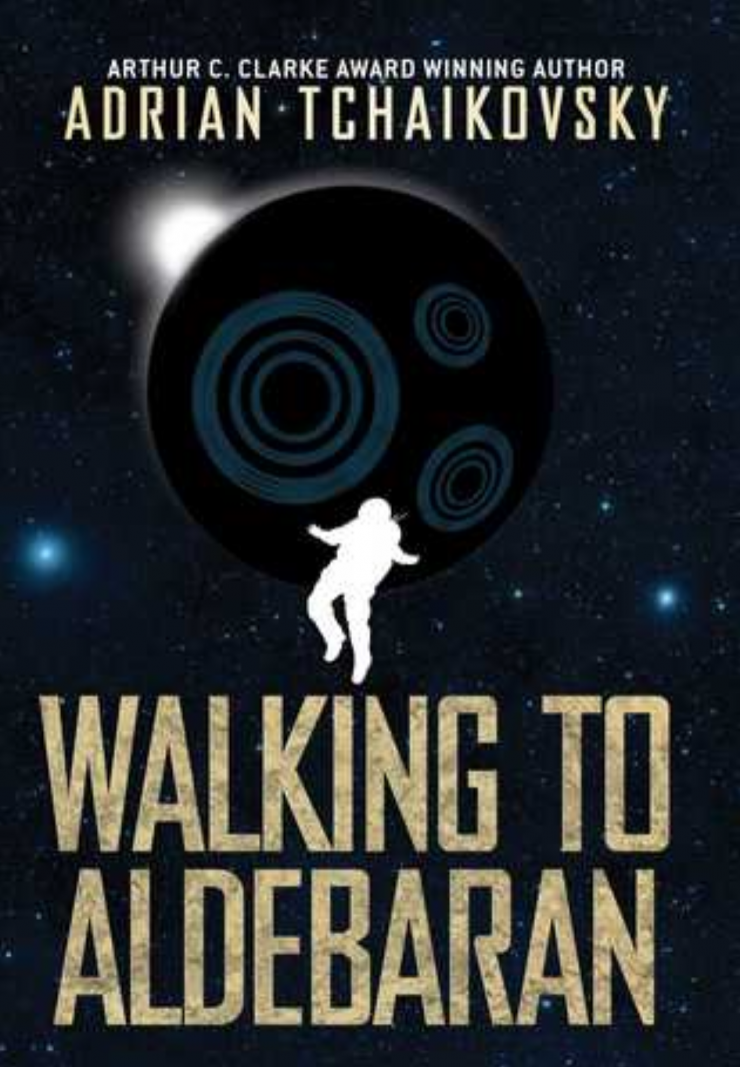 Walking to Aldebaran by Adrian Tchaikovsky

Gary Rendell is selected as part of a team of astronauts and scientists who are sent to explore an alien structure out in the Oort Cloud. Gary is separated from his team during the course of their exploration, and he has to find his way back.

Walking to Aldebaran by Adrian Tchaikovsky is a fun, seemingly plausible account of an astronaut’s exploration of an alien alien structure called the Artefact out in the Oort Cloud.

Fans of the British style of writing will find Tchaikovsky’s writing fun and refreshing, but others who aren’t so accustomed to the humor may find that the humor, combined with the protagonist’s situation, undermines the severity of the story.

Gary Rendell is an astronaut who is selected as part of a team to explore the alien structure simply labeled the Artefact, which is discovered in the Oort Cloud. Gary is separated from his team while exploring the maze-like interior, and he needs to find his way back to his vessel.

The protagonist and narrator of the story is Gary Rendell. The story is told from his perspective.

The entire story takes place on the alien Artefact out in the Oort Cloud.

I haven’t read many British science fiction works, let alone any of Tchaikovsky’s works. But I knew that he won the Arthur C. Clarke award for one of his books. So when Walking to Aldebaran popped up on my radar, I knew I had to read it.

My initial impressions were that the style of writing and humor were reminiscent to Douglas Adams’ Hitchhiker’s Guide to the Galaxy books. Gary, the protagonist, seems almost carefree about his fairly disastrous situation, and the humor paints him as someone who doesn’t feel much urgency to get back home or find his team. I have mixed feelings here, since I imagine he’d be torn between going home and fulfilling his scientific curiosities.

What the story does very well is to allow Gary to explore the alien structure and those within. Readers get a front-row seat into Gary’s thoughts and emotions. His humor, then, may be a defensive mechanism that propels him forward through the structure. Since the setting and perspective are limited, Tchaikovsky does an excellent job of keeping readers engaged from one page to the next, especially with the revelations of the different discoveries.

The author’s choice of using first person perspective works wonders here since it easily places readers right there with the narrator. Many stories don’t do as good a job with this perspective, but the execution is great in this story.

What results from Gary’s discoveries is the question of purpose or motive. Who, or what, built this structure? For what purpose? These questions were always on the back of my mind throughout the story, and I wanted so much for evidence or discussion that answered those questions.

That said, I did feel like the story had a slow pace to it. That’s mirrored by the slow progress that Gary makes throughout the Artefact, so readers are often left with a lot of downtime, which is then filled with Gary’s thoughts and history. This part of the story may have been better executed since I found these parts more of a distraction from the exploration. The monologues may have been an attempt to develop character, and in some ways, readers got some insight into the protagonist. But I would have preferred more about the structure or other discoveries.

The book also does a good job of slowly revealing the mystery of the structure. And in a way, there’s a sense of horror at Gary’s discoveries, making this book more science fiction horror rather than the exploratory science fiction one would expect from such a premise.

Readers who want a mystery, horror science fiction narrated in the first person by a British protagonist with a sense of wry humor will find a lot to like about Walking to Aldebaran by Adrian Tchaikovsky. But the humor and the slow-to-start pacing may be a bit difficult for some to overcome.