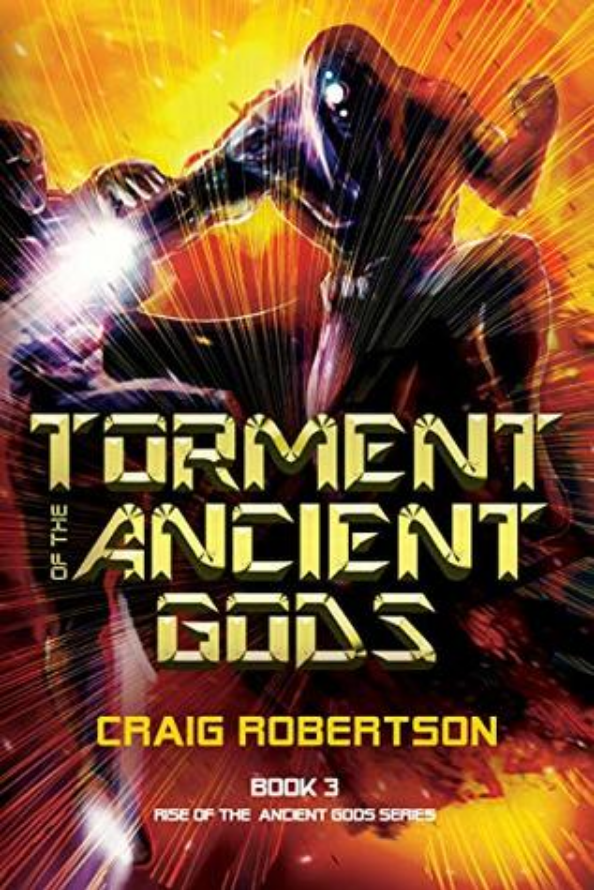 Torment of the Ancient Gods Review

Torment of the Ancient Gods by Craig Robertson is another book in a series of science fiction books that don’t take themselves too seriously. Readers looking for a casual and fun science fiction story will find a friend in Robertson’s Forever series and spin-offs.

Fans of Robertson’s books starring Jon Ryan will find more of what they love about Ryan and his quirks in Torment of the Ancient Gods. Only this time, the cast of characters, or his companions, is expanded to include a wider audience. That’s what makes the series a bit more endearing—Al, Sapale, Mirraya, Slapgren, Toño, and a few others round out the crew. These characters, developed throughout all of the books, add a depth to the story that is difficult to match in a standalone book.

Mirraya and Slapgren take a more active role in this book, while other characters like Sapale and Toño occupy more passive roles. Surprising is the inclusion of Ryan’s evil twin, EJ, into the story. EJ’s participation opens up some interesting possibilities, and it’s almost as though the cast of characters from the original series, The Forever, is reunited to face off against their greatest enemy to date.

But while the enemies become progressively more powerful, Ryan’s approach to saving the galaxy (yet again) remains pretty static and predictable. This one constant about the protagonist can make the story feel a little dull at times, especially once readers see past the humor and interactions between characters. Still enjoyable is the banter between Al and Ryan, though sometimes the humor drags on a bit too long.

The villains this time around are gods, and a god’s very nature makes it difficult to fathom how someone as lucky as Ryan can prevail. After all, if they’re defeatable, then it begs the question: are they really gods? And why do gods have a bureaucracy? Regardless, the question of universe’s fate propels the story forward.

Ryan’s solution to one of the powerful gods, at least, feels almost like a cheat, and I admit I was a little disappointed in that. The galaxy’s predicament and impending doom add enough tension and suspense to the story to balance against the otherwise constant joking by Ryan.

Torment of the Gods by Craig Robertson will satisfy fans because it delivers exactly what fans have come to expect from Robertson: a fun, casual science fiction story that dispenses sometimes puerile humor and a cast of characters that is likable even if the premise of the story can feel a little too similar to previous works by the author.

Read a review of other works by Craig Robertson.