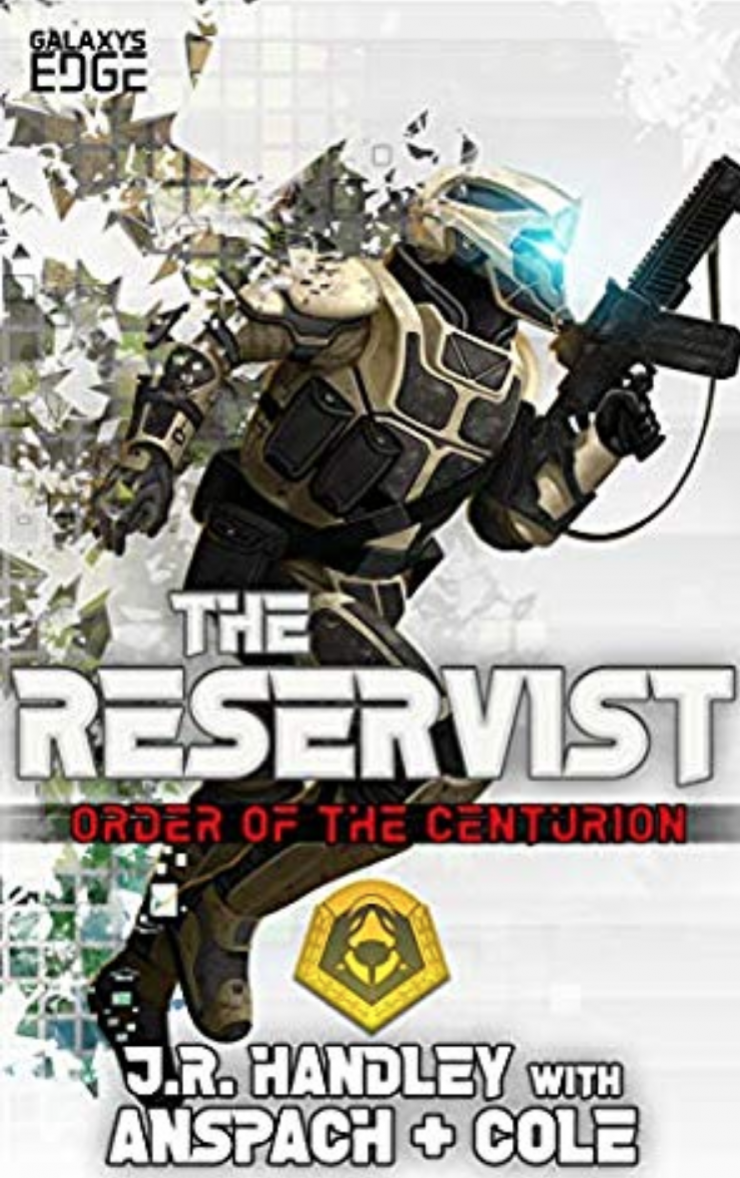 The Reservist (Order of the Centurion Book 5) by J. R. Handley, Jason Anspach, and Nick Cole

The Mid-Core Rebels have instigated a rebellion on a Republic world in the Rhyssis Wan system, and the New Caledonian reserve legion force, along with its aging navy, are sent to put down the rebellion.

There’s a definite difference in style of writing when it comes to the action scenes in The Reservist and the previous book in the series, Through the Nether. The Reservist focuses more on the military and how the soldiers work together, particularly with the reserves.

As a result, the story focuses more on the interactions of the soldiers and overall military strategy instead of detailed descriptions of close-up combat, which is a refreshing change of pace since too often readers can get lost in the descriptions of combat.

The Mid-Core Rebels have instigated a rebellion on a Republic world in the Rhyssis Wan system. A reserve force of legionnaires from New Caledonia and the aging navy are sent to put down the MCR and its rebels.

Sergeant Fetch is a reservist in the New Caledeonian Reserve Legion Corps. Corporal Santos is part of Rage Company.

The story takes place on a world in the Rhyssis Wan system.

There’s a lot to like about The Reservist by J. R. Handley, Jason Anspach, and Nick Cole. As with the other books in the series and in the Galaxy’s Edge universe, which is expanding at a fairly fast pace, The Reservist is packed with action, adventure, and suspense. That’s likely what’s keeping readers like me coming back to the stories.

For discerning readers, J. R. Handley’s writing style is noticeably different. I’m not sure what the level of collaboration is amongst the writers, but Fox’s style of writing is a lot more intimate when it comes to combat.

I did enjoy the first person perspective of this story. It’s a nice change of pace, allowing readers to get some insight into the mental processes of a legionnaire, and it’s refreshing to see the lack of confidence, the self doubt, and the weaknesses that are often missing in the third-person perspective throughout the other stories.

Seeing Fetch’s transformation from someone who has a lot of self doubt to a confident and courageous leader was fun. Seeing

Read reviews of other books in the Galaxy’s Edge universe: