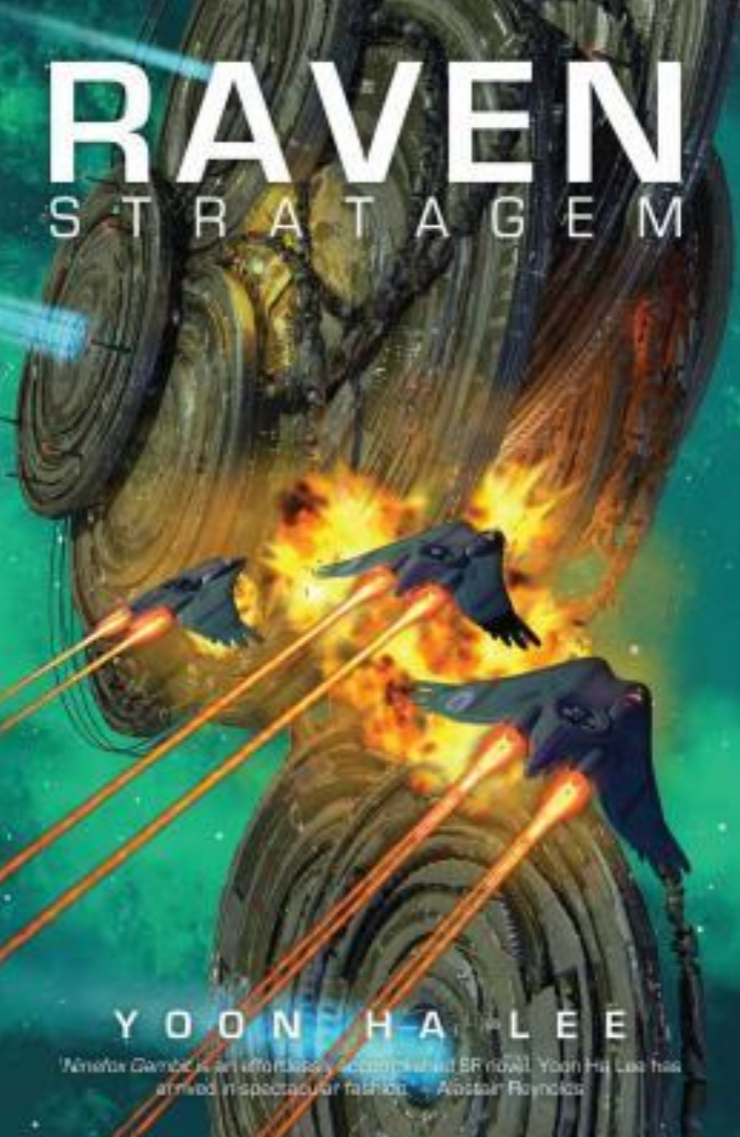 Jedao takes over General Kel Khiruev’s swarm and fends off an invasion of the Hafn, but what will Jedao do next with the Hexarchate?

The language in this book can sometimes feel a little dense, leading to some slower or dry moments in the story. But this book held my attention more so than the first one.

If you’ve been pulled into the Machineries of Empire universe, then this book is a definite read, as it provides much more background and insight into Jedao.

Jedao takes control over a Kel swarm led by General Kel Khiruev. He tells everyone that he’s defending the Hexarchate against the Hafn invasion, but his motives remain unclear to everyone, including readers. What will he do to the Hexarchate?

Jedao is the main character in this story, and he has possessed Kel Cheris’ body. Jedao has taken over the swarm belonging to General Kel Khiruev. Kel Brezan is sent by Kel command to eliminate Jedao and retake control of the swarm.

The story takes place at the borders of Hexarchate space.

I actually enjoyed this book far more than the first book in the series, Ninefox Gambit. There’s a lot of uncertainty as to what’s going on with Cheris and Jedao until later in the book. What’s missing here is the interaction between Cheris and Jedao.

A good portion of the first book includes the interplay between Kel Cheris and General Jedao. There’s a reason for the absence, but that reason escapes even readers. In fact, readers don’t really learn the real reason until the other characters do. This slight change in perspective is a bit strange considering the access readers had into Cheris’ thoughts in the first book.

Readers will learn a lot more about how the Hexarchate works in this book. I appreciated how much more we learned about the relationships between the different factions and their leaders. What we learn is that all is not well in the empire and that the constant rebellions are signs of some fundamental flaws within the empire.

The most interesting character for me is General Khiruev. Khiruev illustrates one of those flaws about the Kel: the need to force formation instinct upon the soldiers to instill loyalty shows just how broken empire is. The soldiers aren’t given any choice but to obey, so the empire will only last so long as the correct decisions are always made. Obviously, no one makes the right decision every single time. She’s almost a litmus test for what will happen to the Kel when they’re free to choose.

Khiruev’s initial reactions don’t bode well for the Kel, but her later loyalty suggest that there’s hope if the Kel can overcome their formation instinct.

We later see a flaw in formation instinct during a battle with the Hafn, but readers were introduced to this concept at the beginning of Ninefox Gambit when Kel Cheris issued an order that was disobeyed. What we didn’t know then as readers was that the ability for Kel to resist formation instinct is a large sign of a structural weakness in the hierarchy.

The book has a fairly satisfying and expected conclusion. If Jedao has never lost a battle, then regardless of the circumstances, he won’t lose his rebellion against the Hexarchate. Still, the changing of alliances and the actions of Shuos Mikodez added a nice surprise.