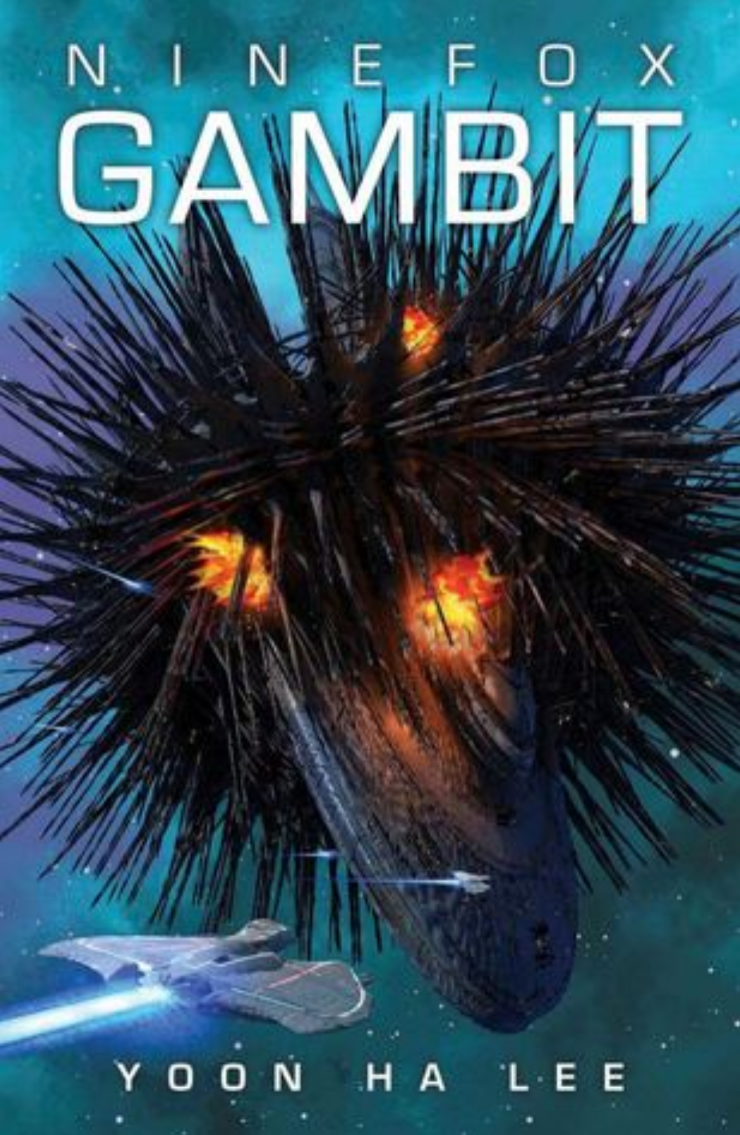 Captain Kel Cheris and General Shuos Jedao team up to eliminate a rebellious faction in an intergalactic empire.

The terminology in this series can be confusing for those who aren’t used to books that introduce a lot of characters or terms at once. It’s easy to become confused or frustrated at not knowing exactly what’s going on.

Fantasy readers may be more comfortable with this writing style, but casual readers may find the world-building vocabulary too confusing to continue.

The Hexarchate orders Captain Kel Cheris to retake the Fortress of Scattered Needles from a rebellious faction.

The Hexarchate bestows the rank of brevet general to Captain Kel Cheris so that she can command the fleet to retake a fortress. Accompanying her is the traitorous general Shuos Jedao, who becomes her shadow for the mission.

The book takes place in the Fortress of Scattered Needles and the space around it.

Lee’s style of writing for this series can easily confuse readers at the beginning of this book. The story begins with a battle where characters use military tactics based on some form of numerology or astrology may seem very strange to science fiction readers. Doubly confusing is the use of pseudoscience and mathematics as universal law.

I don’t think I’ve ever quite understood how the formations, geometries, and mathematics all interact to produce the effects in the story. But I don’t think it matters that I understand that. Similarly, I don’t need to understand how magic works in order to enjoy a fantasy book. Magic just is, and all readers learn to accept it in stories.

The vocabulary in the book adds a sense of exoticism that would otherwise make the story fairly bland. At its heart, Ninefox Gambit is a story about one empire, Hexarchate, imposing its will on a group of people. And the empire sends Kel Cheris to crush its enemies.

However, what makes the story unique is the interesting use of General Jedao. The creative use of having Jedao be Kel Cheris’ shadow gives the book a sense of having two protagonists. Even her behavior can appear as almost schizophrenic to observers because of Jedao’s presence.

The tension between Jedao’s insanity and Kel Cheris’ sanity adds another layer of intrigue in the story. We’re never really sure what Jedao’s motives are, and the scene where he’s pushing Kel Cheris to the breaking point is extremely well-written and illustrative of the discipline and behavior ingrained in the Kel.

General Jedao’s past and his motives for the massacre of his own troops is also another point that propels the story forward. I wanted to learn more, to unravel the mystery behind Jedao’s motivations. And Lee delivers on this curiosity by slowly revealing more about Jedao as the story progresses. In fact, the interaction between Kel Cheris and Jedao, along with Jedao’s history, became more interesting for me than the actual conflict or retaking of the Fortress of Scattered Needles.

If anything, the mission to retake the fortress serves only as a backdrop for the more important story about Kel Cheris, General Jedao, and the fate of the Hexarchate empire. Most readers know that stories that contain oppressive elements (in this case, an empire) will always have an opposing, resistive element like a rebelling force yearning for freedom or independence. It’s as true in human history as it is in Ninefox Gambit.

Overall, if you’re able to get past the terminology and accept that there are certain aspects of the book that won’t make sense, you’ll enjoy the story. The story reveals more about the universe as you progress, and concepts begin to make more sense.