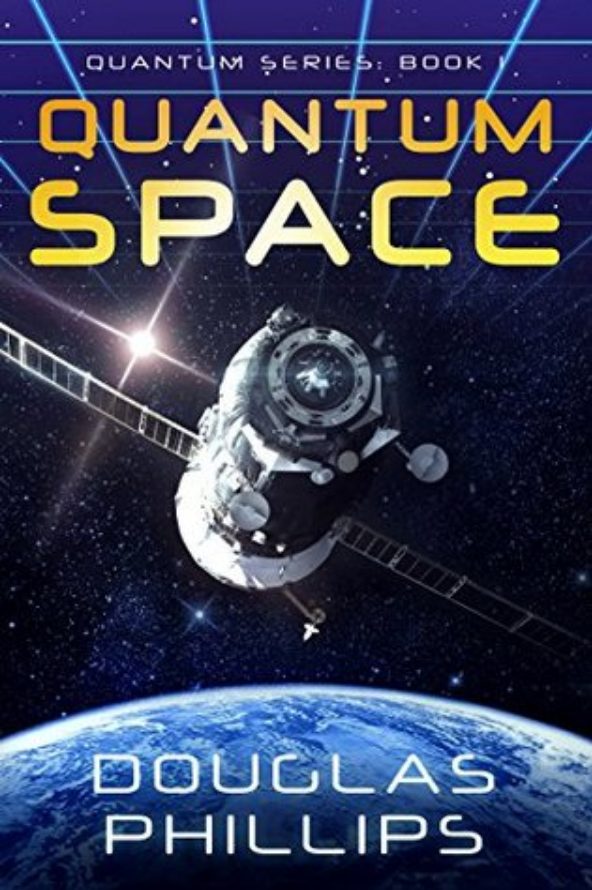 A Russian Soyuz capsule begins its reentry to Earth when it disappears with no trace. An investigation by two scientists reveals some top secret experiments involving quantum physics that has both exciting and dangerous implications for humans.

Sure, military science fiction has its place, and perhaps many more people prefer action to the sometimes more technical explanations of science (usually physics). And to be certain, many new science fiction series like the newer Star Trek shows have embraced action over more exploratory beginnings.

Quantum Space manages to mesmerize readers the same way Dark Matter and Recursion, both by Blake Crouch, are able to entrance readers. These take some more leading scientific discoveries, add a bit of imagination, and explore the wondrous possibilities that the science makes just that more probable.

The title gives a clue as to the direction of the story, and any long-time reader of science fiction will likely have an idea of what the plot entails. One choice Phillips makes is that he doesn’t spend too much time explaining the technical details. Some authors attempt to explain the science, making the story feel a bit boring, not to mention reducing the realism of the story.

While the story is grounded a bit with greed and corruption, Daniel Rice’s investigation into the missing Soyuz soon leads to some profound implications for humanity. And as the investigation continues, so does the intrigue of the discoveries.

The writing is done well enough so that I’m right there with the characters as they make one observation and discovery after the other. Their discoveries aren’t too fantastical considering both how much our own scientists know and how little they know about the universe.

Readers who like science fiction stories for their scientific premises will enjoy Quantum Space. The book leaves out unnecessary action in science fiction stories that sometimes serves to detract from the otherwise generic plot of one warring faction pitted against another for whatever reason. While these stories serve their purposes in entertainment, they don’t really inspire much imagination.

That’s what makes Quantum Space so great: it encourages readers to consider the possibilities about their existence and their own place in the universe. The protagonists’ discoveries and eventual understanding of the events regarding Soyuz eventually give the story another fascinating turn.

Readers who love science fiction that is based on science will enjoy Quantum Space by Douglas Phillips. That is, readers who enjoyed stories by writers such as Blake Crouch and Cixin Liu will find a comparably enjoyable story, one that asks readers to consider the possibilities provided by science and people to continue exploring.

Read reviews of other books mentioned in this article.