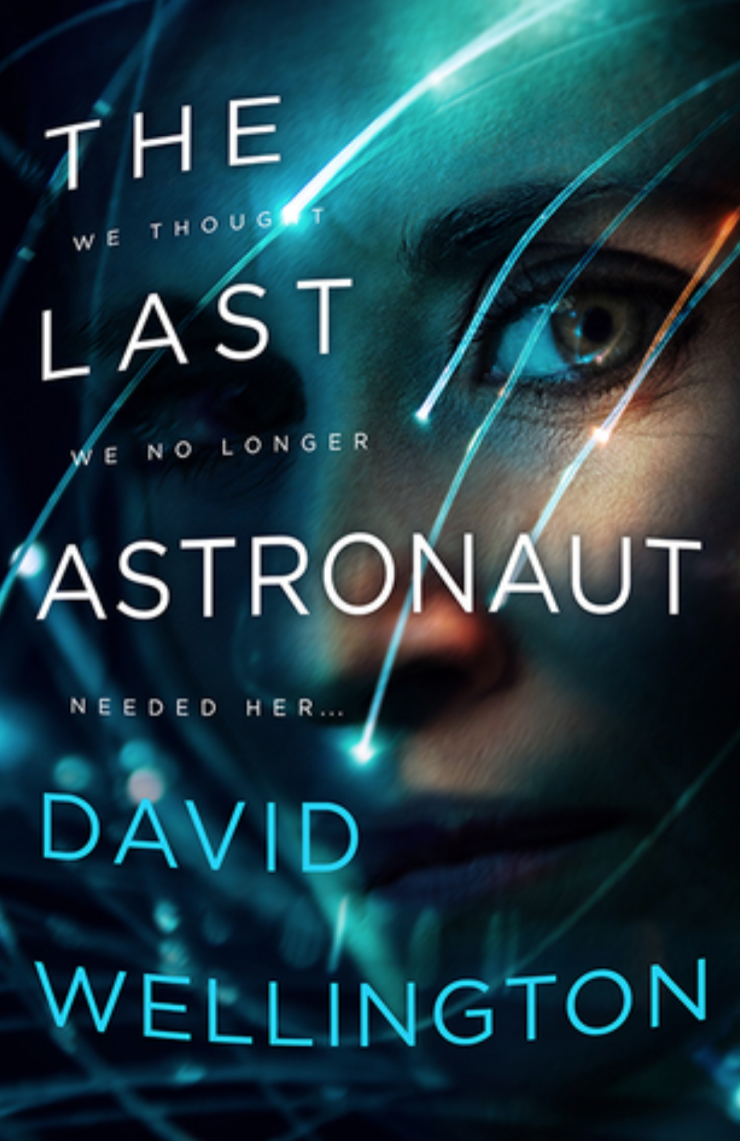 The Last Astronaut by David Wellington

An astrophysicist for KSpace, Sunny Stevens, discovers an alien object heading toward Earth. Sally Jansen, a NASA astronaut who was publicly disgraced for killing a fellow astronaut, heads up the mission to learn of the alien object’s secret. Both NASA and KSpace rush to learn of the secrets hidden in the object.

The pacing of the story can be a little slow at the beginning as the author is establishing the background and motivations necessary to the story, but the action and the characters’ interactions with the alien object make The Last Astronaut by David Wellington an engaging story of first contact.

An astrophysicist for KSpace, Sunny Stevens, discovers an alien object heading toward Earth from outside the solar system.

Sally Jansen, a NASA astronaut who was publicly disgraced for killing a fellow astronaut, heads up the mission to learn of the alien object’s secret.

Both NASA and KSpace rush to learn of the secrets hidden in the object. The object’s intentions are unknown, and NASA must learn what it can before the object arrives to Earth.

Sunny Stevens, an astrophysicist working in the private sector, discovers the presence of an alien manufactured object entering the solar system.

Sally Jansen was the mission commander of NASA’s last crewed mission in space to Mars—she’s accused of killing a fellow astronaut and dooming any future prospects of space exploration.

Parminder Rao is the team’s doctor and expert astrobiologist. Major Windsor Hawkins is the military’s pick for the mission.

The story takes place in the space surrounding the Earth.

The Last Astronaut follows two groups of scientists, one from NASA and another from KSpace, a private entity, as they explore an alien spacecraft following on the same trail as Oumuamua.

The story starts off a bit slow, with the author taking his time to establish the foundation, but I just couldn’t relate to the characters. They’re all intelligent and capable, but Jansen, in particular, seems too emotional given her astronaut training. I’m torn between seeing them as scientists who are able to be objective and as complainers.

The relationships between characters seem a little forced as well. For instance, Rao and Stevens are in some kind of relationship, though we don’t really see what motivates that relationship except that the two of them are just near each other in the shuttle.

Other characters in the story fall flat. The only character development we see is from Sally Jansen, but even she appears stuck in the past. The actions these characters take seem arbitrary because of the absence of development. For instance, Hawkins’ attitude completely changes when he becomes mission commander, and there’s not much in the story to suggest this about-face.

Rao, the team’s doctor, is competent enough, but she appears far too emotional, especially given that she’s her relationship with Stevens, given what readers are shown, is shallow.

The story didn’t really pick up for me until the astronauts, both public and private, board the alien vessel. Once that happens, each page became more and more interesting because I wanted to understand the secrets of the vessel.

What is revealed to readers after the astronauts explore the vessel is both interesting and a bit of a disappointment. I enjoyed reading each revelation about the vessel, but the hypothesis that Rao comes up with is a bit underwhelming considering the expectations that the discovery of the vessel inspired.

I especially enjoyed some of the background information provided by what KSpace discovered about the vessel. The description of how the vessel “woke up” and grew were exciting. And the author provides a reasonable explanation for where the energy for development comes from.

The story makes for a better movie than a story on a page. I imagine the visuals, especially with the descriptions of the worms, would go well with images rather than words. Other aspects, like the size of the vessel and the hand trees, would also make for compelling visuals.

Overall, the story makes for an fun first contact story if readers can get past the first part of the book and into the actual exploration. It’s not the first contact that most readers would imagine, but some of the revelations regarding the origins of the vessel and its growth are engaging. And the ending, while not surprising, is satisfactory.