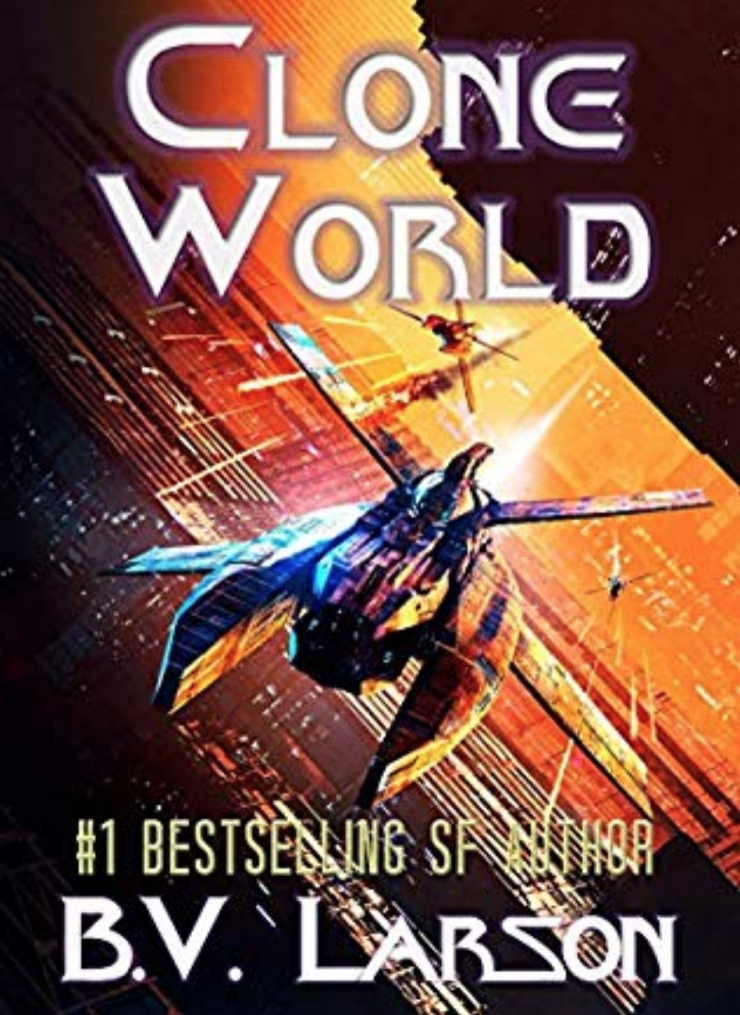 Legion Varus is sent to eliminate the threat posed by Claver and his clones once and for all.

But Earth’s legions are caught up in the civil war between the Mogwas and the Skay, and Earth has to choose a side.

Like the other books in Undying Mercenaries, I enjoyed Clone World because of the nice change of pace the book provides from reading other science fiction. I know exactly what I’m getting when I read this series, and at this point, there’s almost a sense of comfort and familiarity with the characters.

It also helps knowing that the revival machines means that most humans don’t die. There’s not as much of a sense of guilt at enjoying battles as with other stories since most humans are revived.

Legion Varus, lead by McGill, heads to destroy Claver and his clones once and for all. However, Earth faces more than just the Clavers.

The Galactic civil war arrives arrives at Earth’s doorstep in Frontier 921 when the Skay and Mogwa bring their powerful fleets to fight for control of the region.

A similar cast of characters from previous books show up in this iteration of Undying Mercenaries. James McGill, Turov, Graves, and Legion Varus show up with Claver playing the part of the antagonist.

Returning to the story is Grand Admiral Sateekas.

The story starts on Earth but the action takes place on Claver World.

I’ve gotten used to James McGill and his womanizing to the point where I just disregard the comments he makes regarding someone’s shapely figure. Luckily, there’s not much to ignore as that aspect of the writing has been toned down from earlier versions.

The difference between Clone World and the other books is that Varus and McGill are now fighting against other humans, which is unique in the Undying Mercenaries universe. Soon into the story, readers are introduced to the enemies: Claver and his clones.

Claver and his clones represent a threat to the existence of Earth. Since clones are illegal, it’s in Earth’s interest to wipe out Claver and his clones. I’m not sure how the Mogwa, given their intelligence and supremacy, could miss such a blatant misuse of the revival units. And considering Claver’s behind-the-scenes works with different aliens, one wonders why Earth’s enemies haven’t reported Claver and his illegal clones to the Mogwa.

Claver’s antics feel exhausting. McGill describes Claver as clever, but someone so clever and who so meticulously plans shouldn’t constantly fail due to underestimating his enemies. I would imagine that someone who has so much to lose would take McGill seriously. Yet Claver constantly ridicules and underestimates McGill, calling him a dumbass at one point. And Claver constantly fails as a result. I can’t help but wonder who the dumbass is here.

The introduction of the Galactic civil war to the story is interesting, as it allows readers to experience a little more about the all-powerful aliens. It turns out that despite their supreme intelligence and technological superiority, they’re still outwitted by McGill. I suppose thousands of years of complacency can do that to a species.

The battles in the story are just as interesting, and there are some new battlegrounds in the series. Varus is now fighting in space and on the ground, and the new arena of combat leads to some interesting strategies.

I sometimes feel as though Undying Mercenaries exists to enable James McGill to continue his insatiable quest to bed as many beautiful women as possible. It’s just those pesky aliens and the occasional war gets in the way, but those minor obstacles only test McGill’s luck, silver tongue, and problem-solving ability.

Still, the story is moved along through a lot of enjoyable action, and the fun writing, shown through McGill’s casual, dismissive attitude toward everything around him, make the story enjoyable.

Read my review of other works by B. V. Larson: 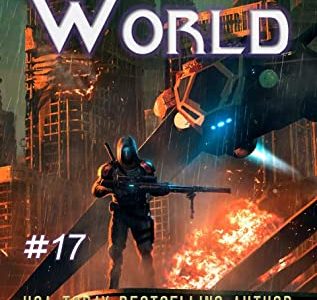