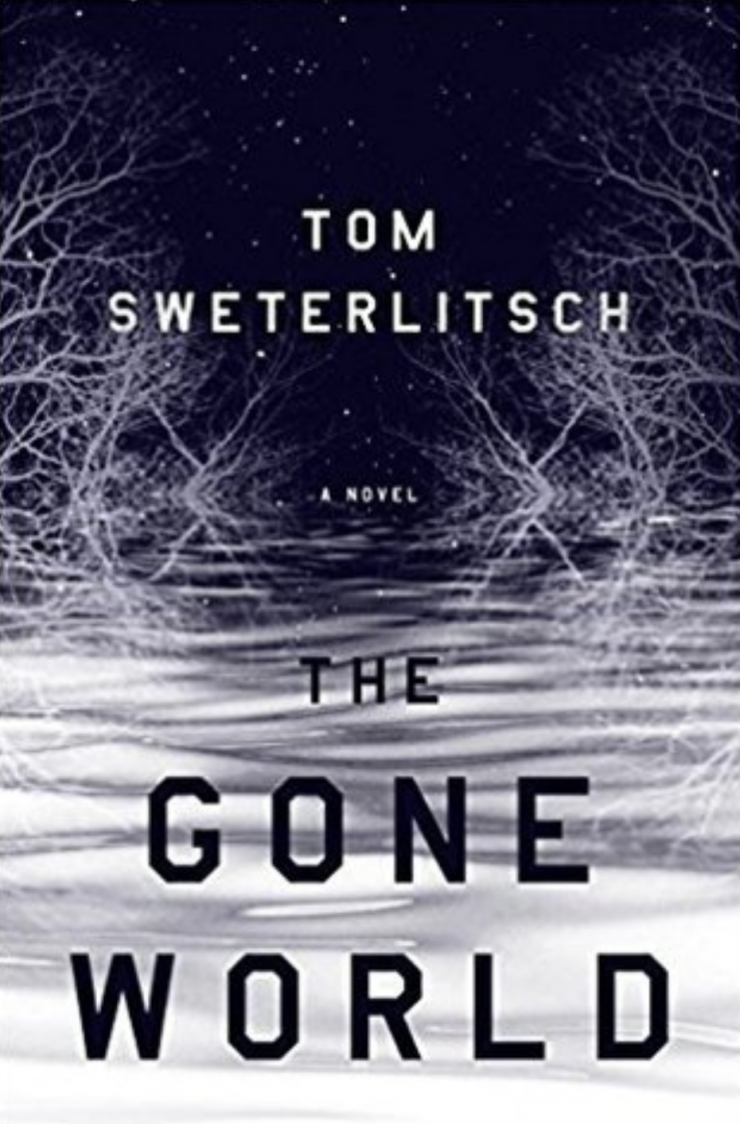 The Gone World by Tom Sweterlitsch

Shannon Moss is a Navy investigator who is assigned to investigate a murder. She travels to alternate futures in order to solve crimes, and her case is tied to a missing ship that may be responsible for the end of the world.

The Gone World is an excellent execution of the idea of different timelines or alternate universes when time travel is involved. Too often, authors use time travel as a linear concept, so it’s refreshing to see a different take on time travel.

The plot can be a little complex or confusing at times, but the conclusion is satisfying, as is the story and character development.

The Naval Criminal Investigative Services tasks Shannon Moss with investigating the death of a family in her hometown. During the course of her investigation, she’s sent to a possible alternate future where she can look for clues to solve the case in the past.

However, any future she goes to is only a possible future. During her investigation, she learns that the end of the world is coming, and this end is called the Terminus. Not only is the Terminus takes place in the future, but it’s also coming closer to the the present time.

Shannon Moss is an investigator for the Naval Criminal Investigative Services. Other characters include the crew or Navy SEAL from the U.S.S Libra.

This story takes place on Earth and its alternate existences.

Sweterlitsch’s execution of time travel and alternate dimensions is extremely well done in this book. Too often, stories handle time travel as a linear phenomenon: you go backward or forward in time on the same timeline, like in Back to the Future.

But going backward and forward in time and taking the exact same actions may not necessarily result in the same consequences. The Gone World addresses this aspect by discussing potential, rather than certain, futures.

What’s really unclear is what happens to these futures when travelers like Shannon leave. I imagine that the future still exists, but it raises an interesting question about whether or not that alternate future continues to exist after the visitor returns to the past.

The murder case that Shannon has to solve becomes a very personal one in her hometown. This personal connection to the crime entangles Shannon in the case. As a result, we’re able to see the relationship between Shannon and her mother. It’s interesting to see the reaction her mother has to Shannon’s seemingly inexplicable aging. After all, she ages at the normal rate during her travel, whereas everyone else remains the same.

There’s a sense of detachment in the style of writing that mirrors what Shannon must feel. Her experiences with so many potential futures must affect her relationships with the people around her. Because each future she visits is only a possible one, she may see countless variations of her friends, from people who are good to people who have somehow turned completely evil. It must be agonizing to think about the events that led to the different versions of people she meets.

As Shannon investigates the murder, she learns of the Terminus, a cataclysmic event that threatens to destroy Earth and the universe. What Shannon uncovers during her investigation is terrifying for her, but fascinating for readers.

One aspect of the book that is severely lacking is more detail on the various explorations sent throughout the universe (or galaxy). There’s a section that goes over the U.S.S. Libra’s fate, but I found that it left me wanting more. What about the fates of the others? What discoveries, if any, were made from their missions? Or what discoveries were made using information and technology gleaned from missions to the future? Or, for that matter, how was this technology ever developed to begin with?

There’s a lot that the book leaves out. While those sections aren’t necessary, they’d allow the story to be more fully fleshed out or developed, creating a richer, fuller story. Whereas people would advise reducing or cutting out parts of story, I think in this case, readers wouldn’t have minded a longer book.

Shannon’s discovery alone is well worth the read for The Gone World. Not only is the title meaningful, but the writing illustrates the entire mood and atmosphere of the book well. I’d highly recommend this book for those who want a mind-bending story that involves parallel universes and time travel.