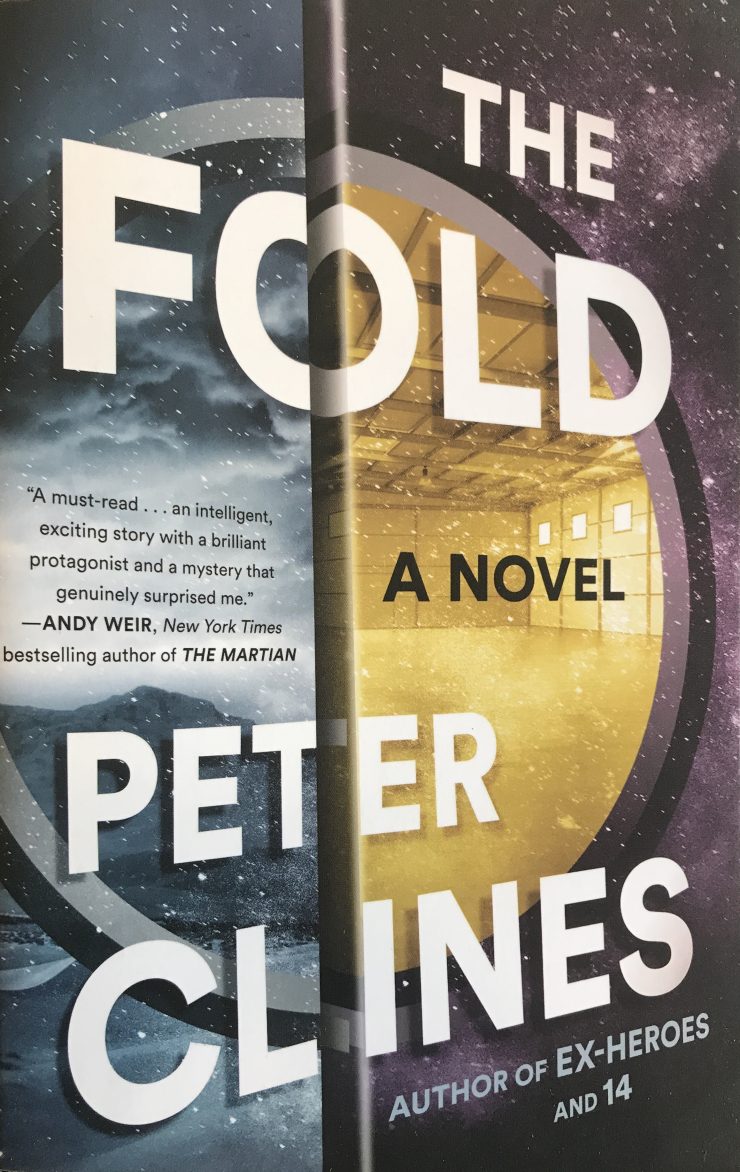 Mike Erikson, who has a perfect photographic memory, is sent to investigate the Albuquerque Door, a teleportation experiment run by a team of DARPA scientists.

Of the three books in the Threshold series, The Fold is by far my favorite simply because the execution of the premise is so good.

If you’re considering the Threshold series and want a good example of Peter Clines’ work, then this book is the one to read, as they’re not related to one another.

Mike’s perfect photographic recall and intelligence puts him in a unique position to uncover the secrets the DARPA scientists are withholding.

Mike Erikson and the group of scientists are the central figure to this story.

Reggie is Mike’s friend and the man who sends Mike into this investigation. Reggie represents the government’s investment into the project.

The group of scientists include the two lead scientists, Arthur Cross and Olaf Johannson. Jamie Parker is the wizard software developer, and there’s a small team of technicians who maintain the machine.

The story takes place in a laboratory located somewhere in Southern California.

While the story has a slow buildup, it really starts to pick up once Clines is able to complete the character introductions and backgrounds.

Of the three books I’ve read in the Threshold series, this no doubt my favorite one. I’m a sucker for media with this theme, so I’m a little biased in favor of this book.

Initially, I was turned off of the book because of the slow buildup. Also, having a protagonist who is essentially a superhero with his perfect recall and super intelligence makes stories kind of boring. The use of ants to represent recall is an interesting technique, and it’s realistic enough considering people use mnemonic devices to remember things.

Mike has the ability to learn programming languages in one night. He can recall any image, experience, or emotion that he’s had his entire life. And we’re to believe that he’s analytical skills and deductive reasoning are on par with even that of Sherlock Holmes.

So it seems from the outset that Mike would easily solve the mystery around the Albuquerque Door. However, that’s not the case, and readers are in for an exciting journey as they follow along with Mike and his discovery.

With Mike’s photographic memory and intelligence, he should have picked up on the changing behaviors of the characters. These clues should have immediately alerted him to some conclusions about the Door experiment. But I suppose a person shouldn’t be faulted for failing to come to a conclusion that is beyond the realm of human experience and understanding.

Clines does a decent job with the dialogue in the book and the character development. I found that some of the characters were a bit flat, like Arthur Cross. And Jamie seems to behave a bit childish at times, especially given that they’re all adults and scientists working on an experiment.

These character flaws do humanize the characters though, and having them fit the stereotypical scientist role would make the story boring. Scientists do have emotions, biases, and faults after all. Learning about the characters and their favorite television shows like Star Trek give us more context. These little details about the characters allow Mike to unravel the mystery of the Door experiment.

The slow pacing of the book at the start is forgivable once you understand the necessity of character development for the nature of the Albuquerque Door. It’s a time investment that pays off at the conclusion of the story.

I found myself wanting to read just a bit more with each session once I got past the midpoint of the story. The idea of the Albuquerque Door is fascinating. I wanted to learn more about the experiments and the results as the story progressed. Each experiment and result leaves readers wanting more.