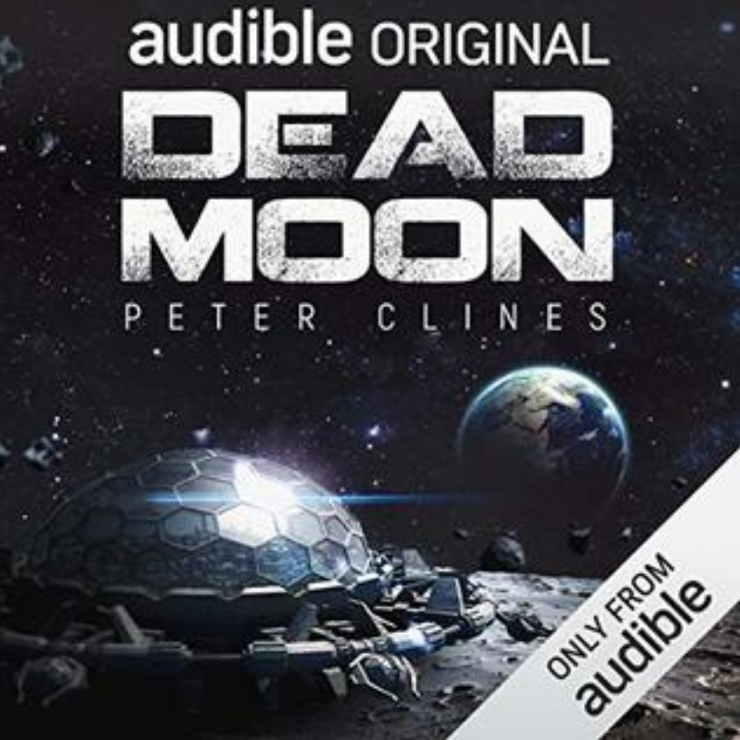 Cali Washington and her fellow Caretakers have to survive a meteor crash on the moon that turns the dead into a horde of zombies.

If you’re a fan of the Threshold series, then you’ll likely enjoy Dead Moon. There are some interesting moments, and of the 3 books in this series, this would rank as my second favorite.

While I felt that there were long, slow periods in the book, it’s not so much a criticism for me. Clines’ style of writing involves a lot of buildup and background information. You’re likely familiar with his style if you’ve read and enjoyed the first two books.

Some readers will like this attention to detail and development, while others prefer a faster plot advancement.

Cali Washington and her colleagues work on the moon as caretakers of the largest graveyard in the solar system. A meteor crashes into one of the cemetaries and turns the dead into zombies.

Now, Cali and the caretakers have to defend themselves and survive the undead onslaught.

Kali Washington is a Caretaker, a worker who helps maintain the cemetaries on the moon. Other characters include Jake and Tessa. Jake is a former marine who is attempting to escape his past by running to the moon.

The book takes place primarily on the moon.

Personally, I’m a little tired of zombies. They’re not very scary because they lack intelligence, and even in a universe like The Walking Dead, zombies will eventually disintegrate to a point where they can no longer be ambulatory.

Dead Moon has a unique twist on the whole meteor bringing misfortune (usually disease or alien life forms). Readers will learn more about the nature of the meteor as the story progresses, but I think for many readers, that discovery will come a bit late. There’s potentially a relationship about the meteor to the other books in this series, but I’m not certain if the meteor is what I think it is.

It’d make sense if the meteor in Dead Moon is linked to his earlier works, but the link should have been more obvious. As it is, the three books in the series seem separate from one another save for their being written under the same trilogy.

The one point of suspense is the zombie’s migration to Earth. If the cause of the zombies finds its way to Earth, then we’d have a more interesting event even if that meant yet another zombie story. Thus, part of the suspense in the story is that the characters have to prevent the cause of the zombies from reaching Earth, where there are potentially billions of zombies and billions more who can be turned into zombies.

Regardless of Dead Moon‘s link to the other books, this particular story isn’t all that exciting since the zombies don’t pose a serious threat to the survivors. It’s not until Clines reveals the nature of the meteor that the story really starts to pick up.

Like The Fold, the last sections of the book become very exciting since all the pieces of the puzzle start to fit together and make sense. The solution to the zombie problem feels a little bland, but it wraps up the story fairly well.

Learning about Cali and Jake’s past and seeing their relationship grow was interesting. It’s reminiscent of the relationship building that Clines does in his previous two books. Clines’ style of character development really gets readers interested and invested in the characters. But I felt that some parts of the book included too much detail, making the story feel drawn out.

I wanted to learn more about the meteor and its origins or history. I felt almost cheated not knowing more about the meteor. There could have been a telegraphic dump of information using the same mechanism for controlling the zombies. This would have gone a long way toward leaving readers more satisfied with the conclusion of the story.