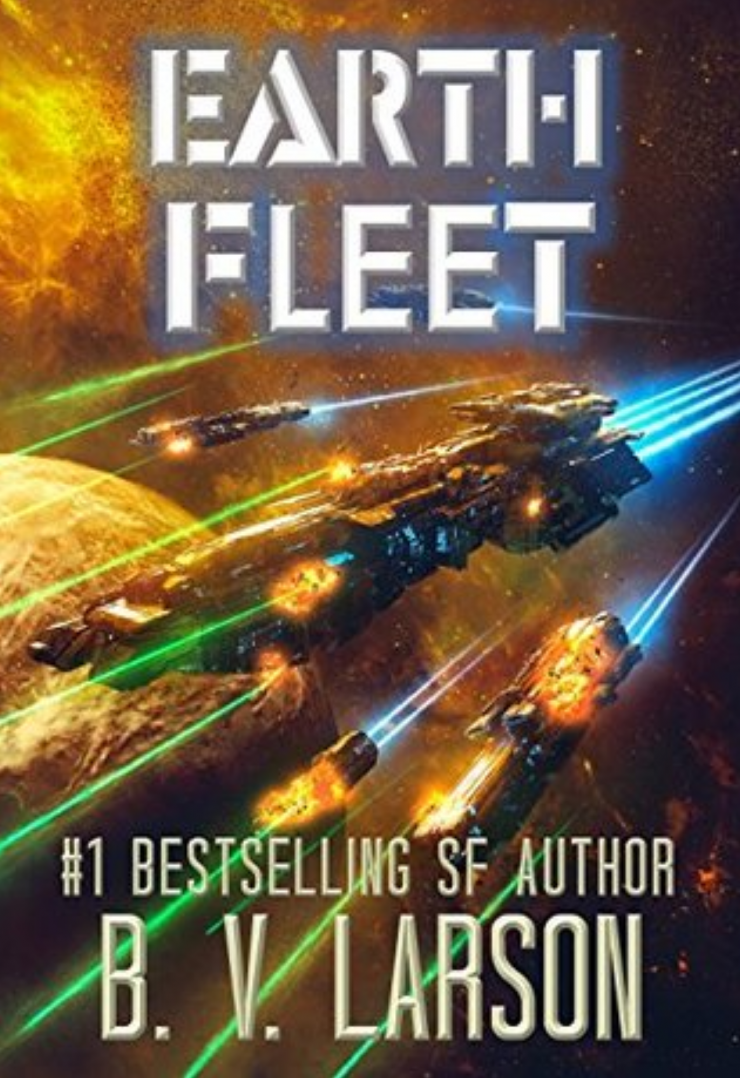 Admiral Fex exerts his power and control over weaker Rebel Kher, and Earth is once again under threat of invasion and control.

Earth Fleet is an improvement over its predecessor Alpha Fleet. This time, Earth and humanity face an even more existential threat from more established aliens in the galaxy.

Admiral Fex continues to consolidate his power and control over other Rebel Kher in the galaxy while there’s a lull in fighting against the Imperials. Fex has Earth in his sights, and now Earth is in a struggle for its very freedom.

The same cast of characters from previous books show up in Earth Fleet. Vega and Clemens play more prominent roles in the story, and Commander Langston is on the Devilfish.

Other characters include Captain Urgh of the Terrapins, Admiral Fex, and Shug.

This story takes place around Earth and its surrounding space. Blake and the Devilfish also travel to a few systems to conduct specific missions.

I sound like a broken record when I write about Larson’s handling of the protagonist and his behavior toward women. It’s almost as though his protagonists still retain their teenage hormones and view toward women despite being much older.

But if you’ve read this far into the series, you’ve either accepted this aspect of Blake or you enjoy this characteristic. I personally find the writing about female characters to be distracting. For instance, in the middle of a battle or some important scene, Blake will notice how shapely a woman is or how good she looks. We see this with Langston in the beginning of the book and later, with the Imperial captain.

At this point, if Larson were to remove his characteristic from his protagonists, I’d find that something was missing. I just wish there was more to his characters than what seems like a character template he’s using for each story and series.

That said, Earth Fleet is a far more interesting story than the previous book. The Imperials seem to be less of a threat now, and Fex rises to fill the role of villain and antagonist. What makes the book more interesting is that while Fex is better equipped, he’s not so far advanced like the Imperials or Nomads that Earth stands no chance of winning. In fact, it seems like Earth is almost on par with the other aliens in terms of technology with the exception of technologies gifted to certain species.

That Earth stands a chance at all makes the story more thrilling. Blake uses his usual bluster and bluff to get Earth and himself out of trouble. This is a bit toned down in this book, but it’s fun to see the effects of Blake’s manipulations on aliens like Fex and Shug.

Later on, the Hammerhead is sent on a mission to the Gref system, and Miller is in command of the ship. Some new ship-to-ship combat that is reminiscent of two submarines hunting each other, and there are some tense moments there.

This book sees Blake cycle through several ships and working with his former colleagues, along with some new ones. There’s almost a sense of fan service here with the appearance of the Hammerhead. Langston, Vega, Clemens, Miller, and Hagen all make an appearance. Seeing the former commanders in charge of their own ships was fun.

The book delivers one battle after another, and each one is exciting. From planetary attacks to a large scale fleet battle, Earth and Blake don’t seem to catch a break. The culminating battle includes a supermassive Imperial ship, and we get to see firsthand how the crew operates and how they fight. Of course, Blake’s charms somehow enchant the captain of the Imperial ship.

We learn a lot more about how the Nomads operate in this book, and that’s a lot more revealing about their secretive culture. The next book promises to shed more light, if not provide more interaction, between the Nomads and the Imperials. 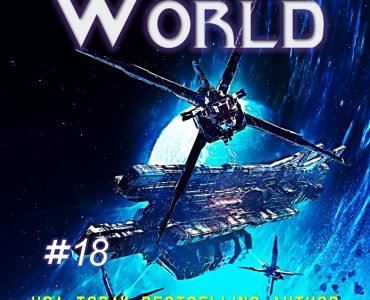