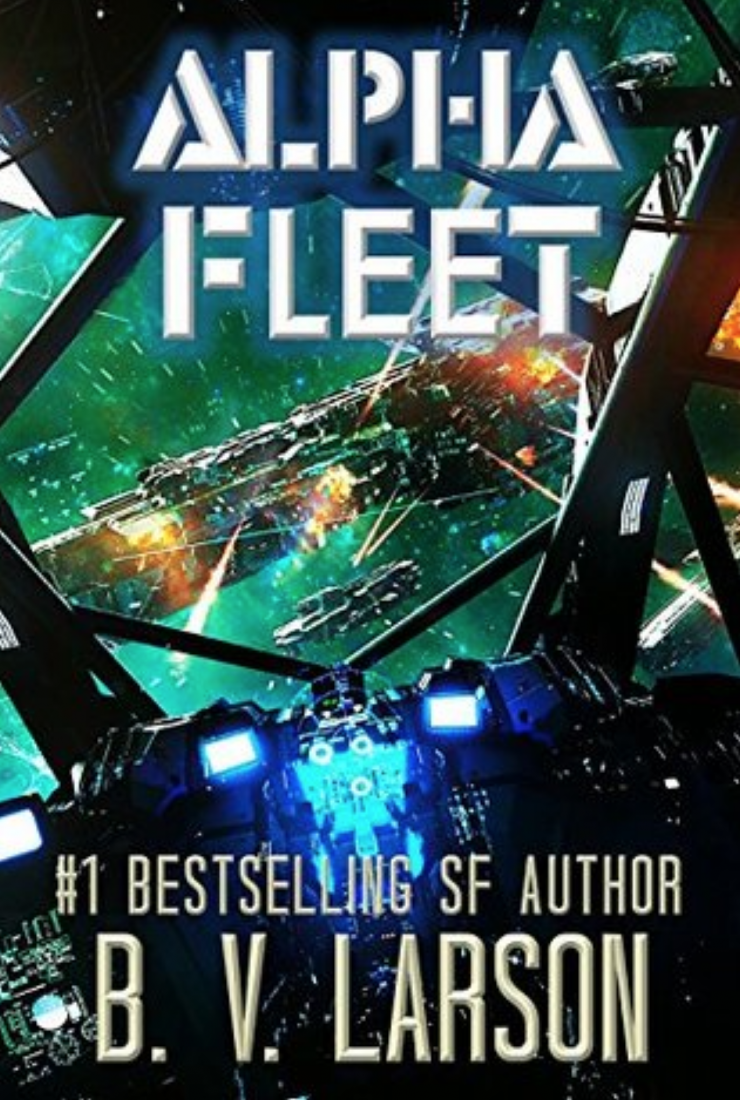 General Vega, in charge of Earth’s defense, sends Leo Blake to defend the planet against an invasion fleet coming out of rifts in space near Earth.

This book is just more of what you love about the Rebel Fleet series. We do learn more about the Nomads and their role in the galaxy, along with their motivations.

Rifts open up in space near Earth, and ships flow out of the rift to take over Earth under the guise of protection.

Admiral Fex wants to take charge of Earth. Earth sends Blake and his crew to save the planet from this invasion.

Leo Blake and his team of modified humans return to defend Earth. His commanding officer is Hagen. Admiral Vega, Dr. Abrams, and others return to the story.

Godwin interferes and attempts to motivate Blake and Earth toward a specific course that will help his people, the Nomads.

The story starts on Earth, but the Devilfish travels throughout parts of the galaxy during its test voyage.

There’s a big change for Earth in this book: it develops and constructs its own capital ship capable of creating a rift and jumping through to other systems.

In keeping with the nautical theme, this new ship is christened Devilfish. Admiral Vega assigns Leo Blake as the captain, and his crew includes his companions from the previous books. Blake is tasked to test out the new ship, and Dr. Abrams joins Devilfish for the maiden voyage.

From a writer’s perspective, things are going to go wrong with the maiden voyage. So it’s no surprise when the technology developed by the arrogant Dr. Abrams doesn’t work as intended.

Larson’s writing is enjoyable, as my continued reading of his series illustrates. But there are moments where the writing is just so predictable. In one particular scene, Godwin impersonates Dalton, and they both accuse each other of being fake. One of the Daltons points at the other and says he’s fake. Both Daltons end up in a fight.

If you’ve watched enough movies or shows where this kind of situation occurs, then you likely know how this scene is resolved. Hint: it involves a third party and a weapon.

Larson’s characters and books tend to be almost formulaic. His protagonists are almost indistinguishable from one series to the next, and you can find iterations of the supporting characters. There’s always one, two, or more romantic female interests. For instance, Mia shares a lot of personality traits with Turov from Undying Mercenaries. And Dr. Abrams shares traits with Zaxby in Galactic Liberation or Marvin from Star Force.

I think the comparisons to other works become a lot more apparent in Alpha Fleet. That’s because this book relies less on battles and more on character development, particularly Blake’s interactions with Godwin.

There’s a lot of bleed through from James McGill from Undying Mercenaries to Leo Blake. There just seems to be a lot of dumb luck, lying, and fake smiles in this book. There were moments when I became frustrated with the similarities. If not for the Nomad storyline, I’d say that this book is the weakest book so far in the series.

The pacing of the story seems slower in this book. That’s because the crew spends a lot of its time going home. There’s some action dispersed throughout the journey, but a lot of the suspense takes place near the end of the story. Some action takes place in the middle of the story with our favorite Imperial captain.

Still, if you’re invested in the series, then the book does reveal a lot more of the mysterious Nomads and their history with the Imperials. The conclusion of the story is pretty interesting, and it leaves a lot of room for more action and suspense with the Nomads and Imperials. It doesn’t seem like Earth, or Blake, will get a reprieve any time soon.