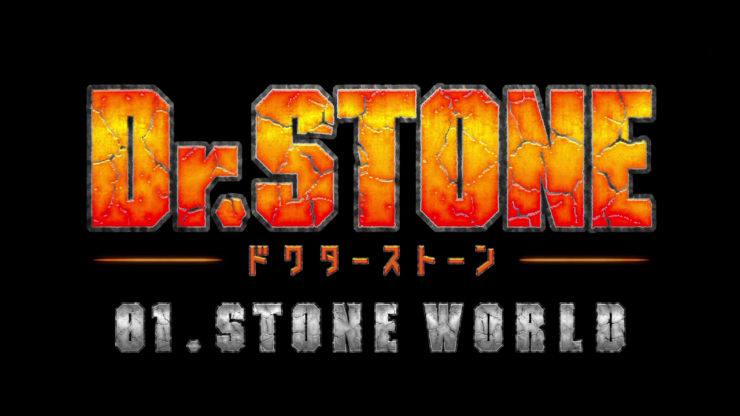 If you enjoy post-apocalypic, civilization-building themes, then this anime has some potential.

This review is based on the first two episodes of the series.

The basic premise is that everyone in the world has been turned into stone by a mysterious light. Many living creatures appear to be turned to stone as well, but not all. What causes some animals, like birds, to turn to stone, while others are fine, is still a mystery.

Over three millennia later, Senkuu, a high school science expert, and his friend Taiju, the musclehead, break out of their stone state. They then set on a journey to restore people and civilization.

I was pretty interested when I read the synopsis for this series. Many people dismiss anime and cartoons as a “lesser” medium of storytelling, but that’s not the case. In fact, cartoons can be a better medium for some concepts than the novel or movie form.

I was expecting a story about how the two high school students will manage to survive, and to that end, I was thinking about shelters, food, and clothing.

Luckily, the anime eschews all of that in favor of the larger story of restoring civilization, as Senkuu insists they must do.

Still, we get montages and scenes that show characters going through the daily acts of survival.

I have mixed feelings about Senkuu. Part of me admits that you need Senkuu’s confidence in order to not only restore the world, but to be a leader as well.

For someone so young, it seems unlikely that Senkuu knows so much about science. In the first episode, we learn that he’s some kind of chemist. But he’s also a botanist, as well as an engineer, as evidenced through his structures.

I also understand that most anime series have younger protagonists. So they must also occupy the roles adults normally fulfill, like scientists and doctors.

Regardless, there are times when Senkuu comes across as annoying. If you’re not sure who the smart one is, look for Einstein’s special relativity equation emblazoned below the shirt collar.

The characters accept their respective roles: Senkuu the scientist, Taiju the brawn, and Shishiou, the fighter and hunter. The roles appear to be a bit restrictive. I hope characters go beyond their prescribed roles as the story progresses.

Overall, I think this series has a lot of promise. The plot is engaging, and I want to know what will happen to these characters. Will they manage to manufacture enough to restore the world?

Who will they restore first? Shishiou brings up a good point about how the three students have the ability to restore the world to their vision: by choosing to restore only the young so that they can all create an ideal world without adults to constrain them with rules.

But Senkuu soon squashes that idea. They need adults in order to restore civilization back from the “stone” age. Even if it’s a direct result of his own desire to advance science, Senkuu’s comment tells the audience that the series won’t be go in the direction of creating some kind of utopian ideal.

I’m happy for that since the story won’t be bogged down with moral arguments about who should be restored and why.