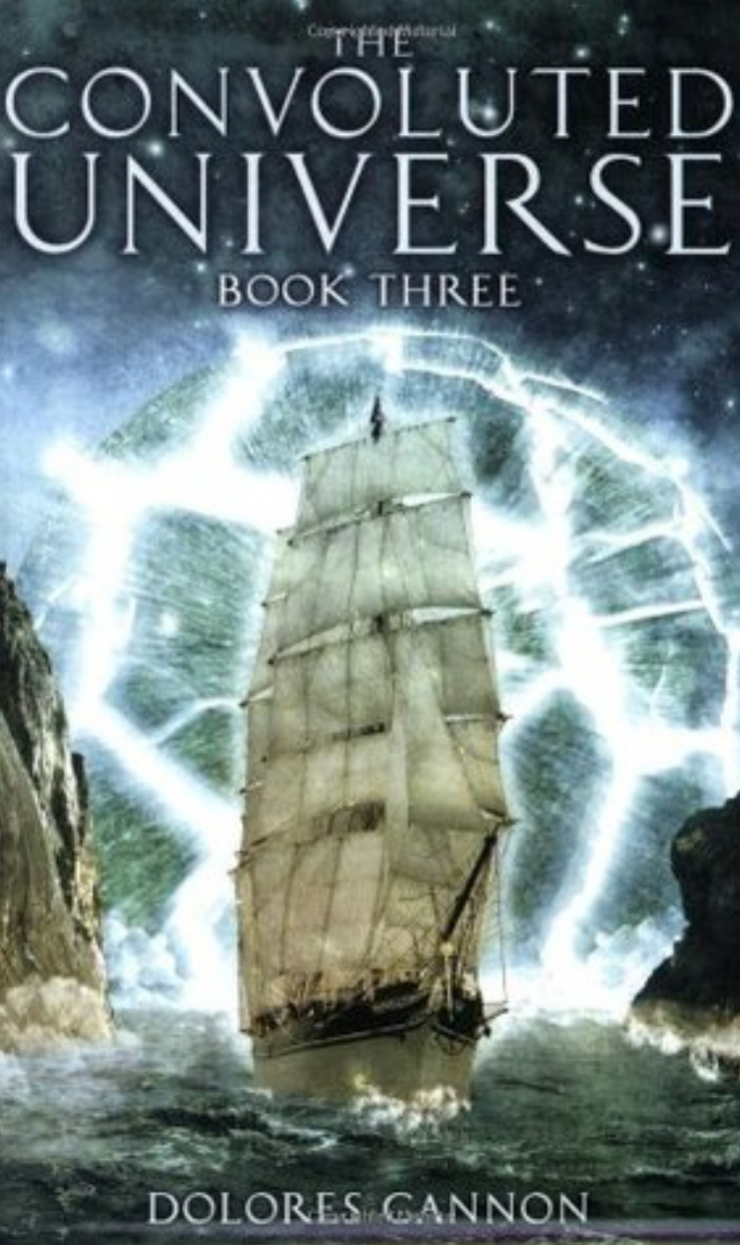 Dolores Cannon explores topics such as past lives, the creation of the universe, spiritual matters, and even the history of the solar system and planets in this book.

If you’re a fan of Dolores Cannon’s works, then you’ll need to read The Convoluted Universe Book 3 for a more thorough explanation or examples of some of the concepts she mentions in her other works.

As one of the larger works published by Cannon, this book contains transcripts of the regression sessions she’s had with numerous clients.

Unlike other works like The Legend of Starcrash, this book covers a broader range of topics from the creation of universe, history of the solar system, and more.

Many of the criticisms I’ve had about Dolores Cannon’s works apply to this book. I understand that her main goal is to help her clients, so there’s not as much room to investigate or explore ideas for her own goals.

However, there are sections in all of her books where she’s allowed to ask the subconscious mind questions. And it’s at these points where she doesn’t ask really pertinent questions that would give readers more definitive answers. For example, she could ask for locations where people might be able to verify some of these claims with physical evidence.

The argument that people aren’t ready for some of these revelations is weak. If Cannon is already publishing a book revealing these concepts, then physical evidence should only support the claims in the book. Perhaps the evidence may even change minds and help uplift others, as many of the clients say they are doing.

If you’re able to put aside your skepticism and accept the claims made by Cannon’s clients, then they are not only fascinating, but also world-changing. It’s a new way of understanding the world if even some of the claims are true.

Some interesting interviews with people whose past lives included creating aspects of the universe (water, planets, stars, etc.) and those who come to Earth in order to help people learn and grow.

In various parts of the book, Cannon draws parallels of her clients’ statements to the Bible. I’m not sure what to make of this. Cannon’s religious affiliation is well known, but her beliefs revealed throughout her writings seem to contradict commonly-held beliefs. One such belief is reincarnation.

Additionally, Biblical stories are so well-known and so ingrained in our society that drawing parallels from her clients’ statements to the Bible only reduces the overall credibility. After all, wouldn’t anyone be able to make up a similar story if they’ve read the Bible?

Cannon’s clients have one common theme, and it’s about the impending shift of the planet. This is also mentioned in other books, but as many clients claim, there’s no concept of linear time beyond Earth. So mentions of Earth shifting “soon” can mean tomorrow, next year, or in the next century. This kind of vague talk reduces credibility.

Some claims that stuck with me were the creation of the asteroid belt between Mars and Jupiter. This particular client made some pretty big claims:

Current ideas about the asteroid belt say that Jupiter’s gravity prevented any planet formation, but I don’t know much about astronomy or physics to know if a system of planets can exist with this particular structure.

One part we can probably verify are the Martian ruins. If an advanced species once occupied Mars underground, then we may be able to see some evidence of ruins. Why haven’t NASA’s satellites and rovers revealed such evidence? Or why hasn’t Cannon asked for the location of ruins on Mars for verification?

These moments in the book where Cannon learns about these fascinating bits of information and then doesn’t follow up with more questions are frustrating, to say the least.

If scientists and researchers are able to verify or propose a model that supports that a planet once existed where the asteroid belt is, I imagine Cannon’s books and the claims she makes would achieve that much more credibility. And it would have some serious implications to our current understanding of the world and the universe.