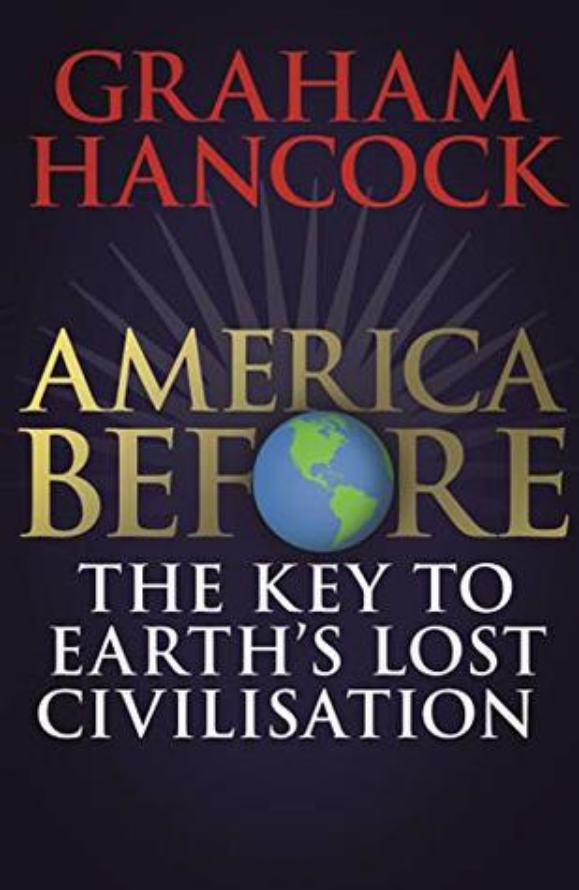 America Before: The Key to Earth’s Lost Civilization by Graham Hancock

America Before: The Key to Earth’s Lost Civilization Review

America Before: The Key to Earth’s Lost Civilization by Graham Hancock lays out compelling scientific evidence that proposes the idea that a highly developed society existed in North America prior to the Clovis. This society, technologically sufficient to sail the world and create accurate maps, spread its knowledge throughout the ancient primitive civilizations. Then it disappeared.

Hancock’s claims about how toxic the scientific community likely resonates with anyone who has worked in academia. It’s true that people often don’t see what’s right in front of them. Whether that’s in editing, in relationships, or in science, it’s just a characteristic of human nature. But in science, these blinders, as Hancock shows, lead to people ignore evidence that doesn’t fit their worldview. And this ignorance has caused what Hancock calls amnesia.

Of course, there’s that aspect of ego to consider as well. But Hancock’s book shows readers that there is a lot of support for the idea of a fairly advanced society in the past that may have perhaps influenced other civilizations. That our ancestors were intelligent is not in question here—one only need look at the ancient Egyptians for evidence. But Hancock’s book goes back further than the ancient Egyptians, and this is the most fascinating aspect of the book.

A large portion of America Before reviews the debate regarding the Clovis discoveries and the evidence for pre-Clovis society. But the time difference isn’t a few thousand years. Hancock suggests that there may a society may have developed and then been destroyed within the 100,000 years leading up to the more recent immigration to North America.

The evidence that Hancock provides is compelling, to be sure. Between the artifacts that show an even older-than-Clovis society, the worldwide similarities in beliefs and practices, and the evidence for a cataclysm, it’s difficult for a layperson to disagree with Hancock’s argument.

But Hancock’s most controversial suggestion, and one that inspires that imagination, is that this advanced society may have used psychic powers in the ancient past. Hancock’s discussion of the use of ayahuasca may seem controversial to many readers, but many people who have used ayahuasca and DMT report shockingly similar experiences despite their different cultural and religious backgrounds.

In the last section of the book, Hancock posits a hypothetical society. This society spread its knowledge worldwide, leading to the similarities in architecture and beliefs among the cultures of the world. Most interesting for me was mention of the psychic aspect of this society. If true, then other psychic phenomena, like remote viewing and astral projection, may become more valid. And perhaps this aspect of the civilization contributed to the dearth of artifacts we have today.

Ultimately, readers should approach America Before: The Key to Earth’s Lost Civilization by Graham Hancock with an open mind and a willingness to accept the possibility of an ancient and advanced civilization in Earth’s distant past. If Hancock’s claim is true, then it means that current understanding of human history needs to be rewritten, a daunting task that would definitely hurt the reputations of many people in the field. But at the same time, it would open up different avenues for humans to explore that may in turn deepen our understanding of not only human history, but also of human nature and our place in the universe.

2019 America Before: The Key to Earth's Lost Civilization Graham Hancock