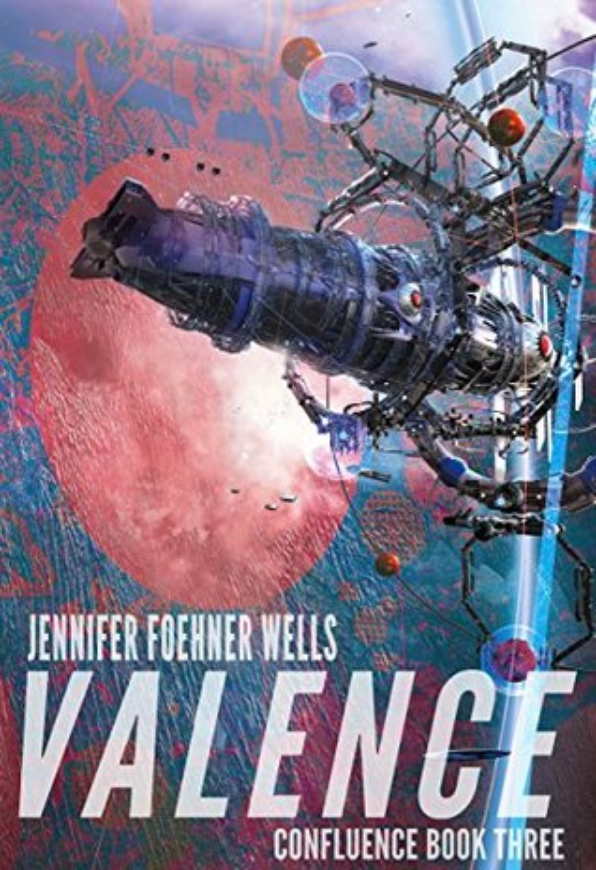 Jane attempts to recruit allies to defend Earth from the Swarm while Zara, on Earth, attempts to prepare the planet for the impending attack.

Valence by Jennifer Foehner Wells gives readers a fun story with a cast of interesting and dynamic characters. What makes the story interesting is that the characters are not only distinct, but they’re also interesting enough such that readers want to know what their backgrounds are.

Jane Holloway, the protagonist, tries to find help in space to defend Earth against the Swarm, a ravenous alien species that are reminiscent of a swarm of locusts. Meanwhile, Zara, a teenager, tries to prepare Earth for the invasion.

What I really enjoy about Valence is the wide cast of aliens in the story and their distinct characteristics and speech that make the story feel more realistic. To add to this, the names of the aliens, as well as the ship names, are also different and fun, lending a sense of realism to the story.

The plot is fairly average, with a cast of characters rushing to save their home planet, in this case Earth, from some impending doom from an alien Swarm of bugs. But while the plot is fairly standard for science fiction stories, its execution is still engaging. The different alien species that Jane encounters as she tries to find a solution to the Swarm makes the story interesting. Furthermore, Wells provides enough context to satisfy curiosity for each alien that she meets.

Valence isn’t really a book that is filled with intense action or space battles with the exception of the conclusion. Instead, it’s a story about exploration and discovery even though the premise of the story anticipates an exciting action-packed plot. Think of the story as an exploration of the galaxy and a discovery of its various inhabitants as Jane struggles to find a way to protect Earth from the Swarm.

As Jane visits different planets, she learns about the aliens and, in some cases, their histories. She collects knowledge, technologies, and new crew members. All of these additions help her in her quest. As she explores, Jane becomes a kind of human ambassador, representing humanity to the rest of the galaxy. And Jane’s actions bode well for humanity.

Back on Earth, Zara’s attempts to prepare Earth for the impending attack. The action scenes for the story are all clustered toward the end of the novel, so the beginning parts of the middle of the book may feel a bit slow.

Valence by Jennifer Foehner Wells is a science fiction story that is set in a universe that is filled with interesting aliens. The plot feels a bit generic, but not many science fiction stories give readers the sense of exploration that Valence does.