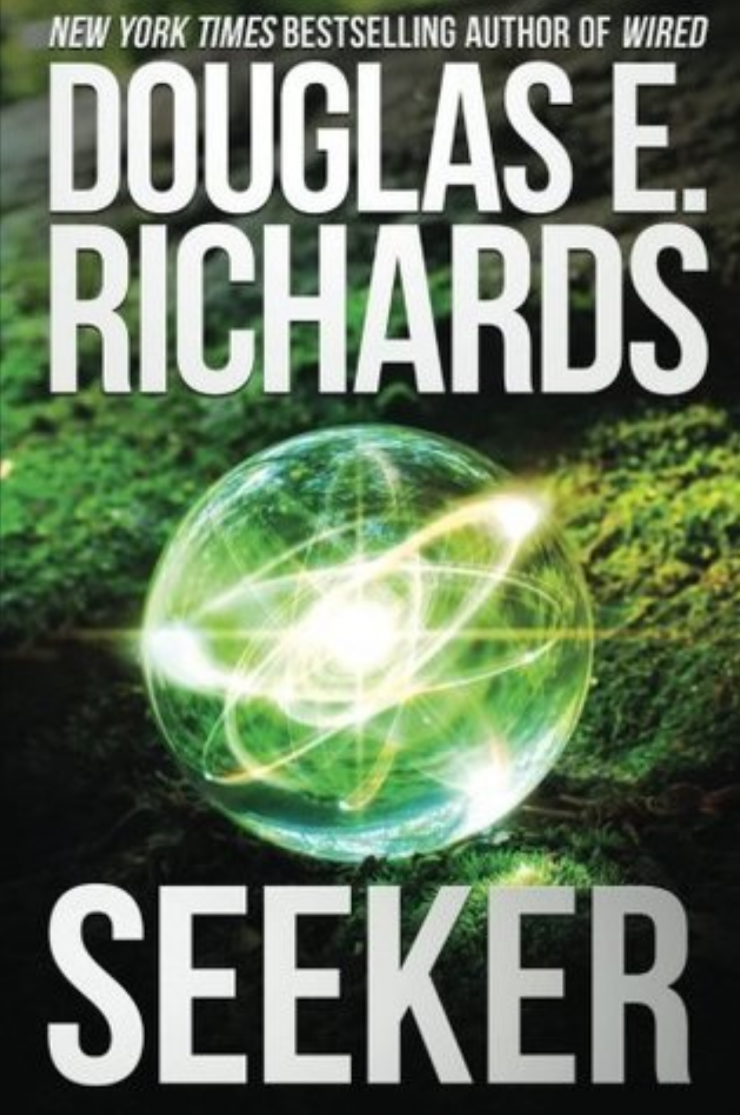 An alien probe crashes deep inside the Amazon jungle, and countries around the world send their best special operations teams in order to recover the secrets this probe contains.

Seeker is an engaging science fiction story that captures the imagination and keeps readers glued to the pages in order to discover the outcome of the story.

An advanced alien probe crashes into the Amazon jungle and sends out messages to different established nations suggesting that there may be recoverable technologies.

As a result, the most powerful nations from around the world send in special military operations teams in order to recover the probe and its secrets.

When they arrive, they’re thrown into a competition where winning or losing can have drastic consequences for the people of Earth.

Ben Kagan is the main protagonist of the novel, and he represents the United States. Later, Ella joins his team in order to even the odds against teams sent by other countries such as China and Israel.

The probe crashes deep inside the Amazon jungle, forcing the various teams to traverse the jungles and face one another.

One of my strongest impressions of this book is that it reminds me of The Most Dangerous Game by Richard Connell. Or maybe the Japanese movie Battle Royale (2000). If you’ve read the former or watched the latter, then you’ll have a good idea of what the premise of Seeker is, but the consequences of losing are much more severe.

It doesn’t seem likely to me how arbitrary the consequences are. In fact, it’s illogical seeing as how killing most of the population would only reduce the available workforce and the probe’s ability to carry out its mission. Luckily, Richards addresses this obvious fault later in the story.

With such dire consequences for the teams, you’d think that the people involved would take their jobs more seriously, especially when the probe is able to show its ability to communicate to everyone. But I guess it’s reasonable that the teams have doubts, especially considering the consequences of killing another country’s operatives.

The soldiers’ reluctance to kill Ben and Ella show just how disciplined they are with carrying out their orders. However, we see some teams who just accept the probe’s statements at face value. And the infighting among the various teams gave me a sense of despair. The different approaches and reactions were a good touch, as they reflect that variations in human behavior and reaction.

The unique twist that Richards adds to the story is the motivation behind the probe’s actions. I don’t want to spoil it, but the conflict that leads to the probe’s appearance on Earth and its mission leaves me with curiosity about the fate of humans. The idea of being a pawn in some intergalactic game is disheartening. The potential for a sequel to Seeker is exciting though.

The idea that conflict spurs growth and improvement isn’t necessarily new. We see examples of this in our own history. Wars lead to quick advancements in technologies. So the ASI’s motives seem realistic.

Ben and Ella’s ability to overcome the probe with logic or reasoning is a bit of a stretch considering its overwhelming intelligence. I guess even advanced artificial intelligences suffer the same flaws any other program suffers.

One flaw I see is that the probe’s fault really undermines the credibility of everything that it has said. What can we believe about its origins, intentions, or purposes? That one crucial aspect of its programming is flawed calls into question the rest of its programming. If one part if flawed, then others may be as well considering that the probe can expand itself.

The dialogue with the probe is a little weak. The relationship between Ben and Ella seems a little forced, but overall, the premise of the story is interesting. Its execution engaging enough to overlook these minor flaws.

Finally, Richards, through the probe, provides us with social commentary regarding the media’s penchant for sowing dissension with divisive news. Toward the end of the story, this kind of social commentary seems out of place. This lecture seems a bit too forced and unnecessarily drags the story down.

Overall, I think most science fiction readers will enjoy the book. The plot is unique, and it leads to some thought-provoking questions about how humanity would fare in a similar situation.