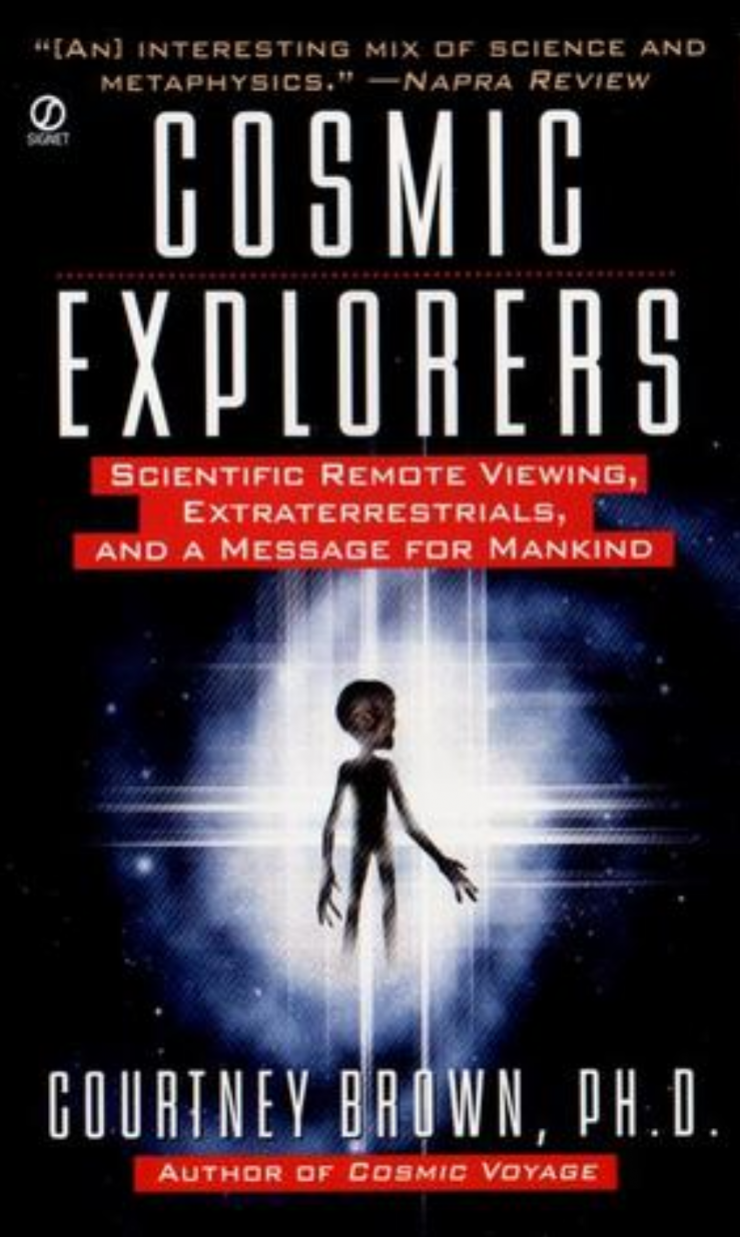 I came across this book when I first read about the Stargate Project, a psychic experiment or program run by the Department of Intelligence (DIA) back in the 1990s.

I didn’t know much about the author, but his academic degree caught my attention, and I figured that if I was going to read a book about remote viewing, then someone with an advanced degree would be more credible and authoritative.

Courtney Brown does approach the subject with attention to detail. He outlines the process, discusses the criticisms, and explains how the process works. You’ll need to be open to the idea of the universe being interconnected to accept how remote viewing works.

I’ve read a lot of books that have inspired science fiction concepts. There’s more than just Star Trek or Star Wars or any of the major science fiction movie successes at theaters. Having read these non-fiction books, I can’t help but wonder if perhaps there’s some truth to what these writers are claiming.

I went into this book with an open mind and acceptance that what I was being told was true. I figured being combative would only make the reading more difficult.

Brown claims that there are some people or areas that are blocked from viewing. The idea of a blockade or block seems pretty interesting. I wonder what the nature of that is and how some people are able to overcome the psychic blocks while others aren’t, especially if we’re all one and the same.

If there’s any credence to the practice, then the contents of Courtney Brown’s book and his discoveries speak to secret operations happening around the planet regarding the fate of humanity. What’s worse, many governments or groups of people, are aware and actively assisting these extraterrestrials. And some high-level people are being deceived because of their greed.

The idea alone is disconcerting, but as this appears to have been ongoing, I’m not sure if we should be terrified. After all, this has been happening for a very long time. Brown’s discovery of the Reptilians, their motives, society, and goals for humanity just seem a little difficult to believe. That they’re interfering with the planet on such a scale and without other people’s knowledge seems unlikely to me.

Brown’s interpretation of the remote viewing results can sometimes be a bit frustrating as well. He fully admits that his interpretations may be subjective, but the wording at some places suggest otherwise.

Still, the idea of a Martian civilization that is traveling back and forth between Earth and Mars and lives underground is fascinating. What’s more, Brown provides an actual, physical location of this base in the book. I imagine the credibility of the remote viewing or other psychic phenomena can receive a huge boost if the government were to search those locations discussed in the book.

I took a look at the Farsight Institute website, and I admit, a lot of the free videos are fascinating if remote viewing is a real phenomenon. Some of the videos seem strange, and I wonder if the remote viewer isn’t seeing some kind of potential future or alternate timeline rather than the one we’re in, if such things exist.

Since we don’t know much about remote viewing or how psychic abilities work, we should question the results. Brown admits that there are countless timelines all existing at once, and though the target cues are pretty strict, there’s still room for interpretation. And too many variables exist that can, at any time, alter any future that the viewers see.

The last section of the book presents 2 potential futures for humanity. One path, the future represented by the Reptilians, seems oppressive and frightening, while the other path, led by the Galactic Federation, seems a lot more liberating.

Of course, this entire book could be a result of an overactive imagination. But I also have a feeling that this scenario is unlikely as well. Our understanding of the universe is limited, so it’s possible that Brown and others like him are pioneers who are pushing our knowledge and understanding of the spiritual aspect of humanity.

Regardless, if you’re going to read this book, do so with an open mind. Accept the premise that allows for remote viewing. Then you’ll come away from the book with a sense of wonder and intrigue. Perhaps your perception of the universe or reality we live in will broaden. That can’t be bad. 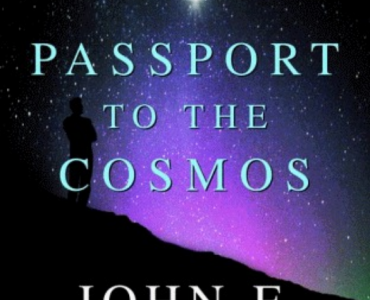 Passport to the Cosmos by John E. Mack 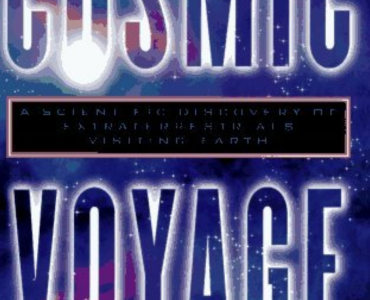